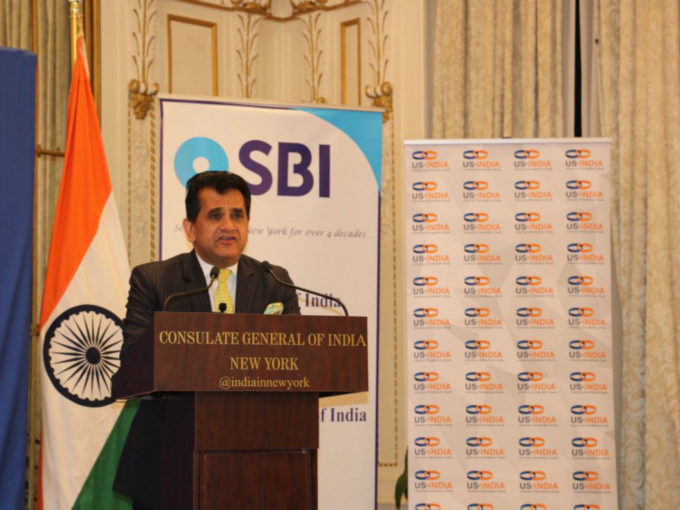 Emphasising on the growth of the Indian startup ecosystem, NITI Aayog chief Amitabh Kant said that across different sectors, India has gone digital.

“As a result, India has become hugely data-rich, even before it has become rich. This data richness of India has led to over 1,000 startups working in learning, artificial intelligence and they are doing the kind of disruption that the world has never seen before. Many of them are doing path-breaking work,” Kant said.

He was speaking to a select audience in Washington, where he was visiting as part of his three-city US tour. Kant told PTI that Prime Minister Narendra Modi had given the bureaucracy the challenge to crack India into the top 50 of the ease of doing business index in the next one year and into the top 25 in the next three years.

Kant also emphasised that the government believes that India has to be an integral part of the global supply chain. “And therefore, India has opened up its foreign direct investment regime across sectors,” Kant said.

Amitabh Kant also released the India Innovation Index in the United States. He also claimed that people in the US believe that the fundamental reforms that have been gathered out in India across the economy, including GST, bankruptcy code, RERA and direct benefit transfer will make “India a very competitive and productively-efficient economy in the long run.”

Kant has been a huge propeller of new-age technologies and has time and again talked about technology disruption by startups. For instance, in November, Kant took it to Twitter to point out that India is witnessing AI startups focused on solving the problems of accessibility, affordability, and availability.

Prior to this, speaking at an industry summit, Kant said that the government is looking to solve challenges such as bringing such huge data sets to the public domain for startups to leverage and create solutions for such problems.

He also emphasised that India is in the middle of technology disruption. He said that technology startups will disrupt the established leaders of the industry.