The state has launched Innovate Karnataka, a campaign to boost innovation

Night drone racing is being organised at the Bengaluru Tech Summit

Over 200 startups are showcasing their technologies at the Summit 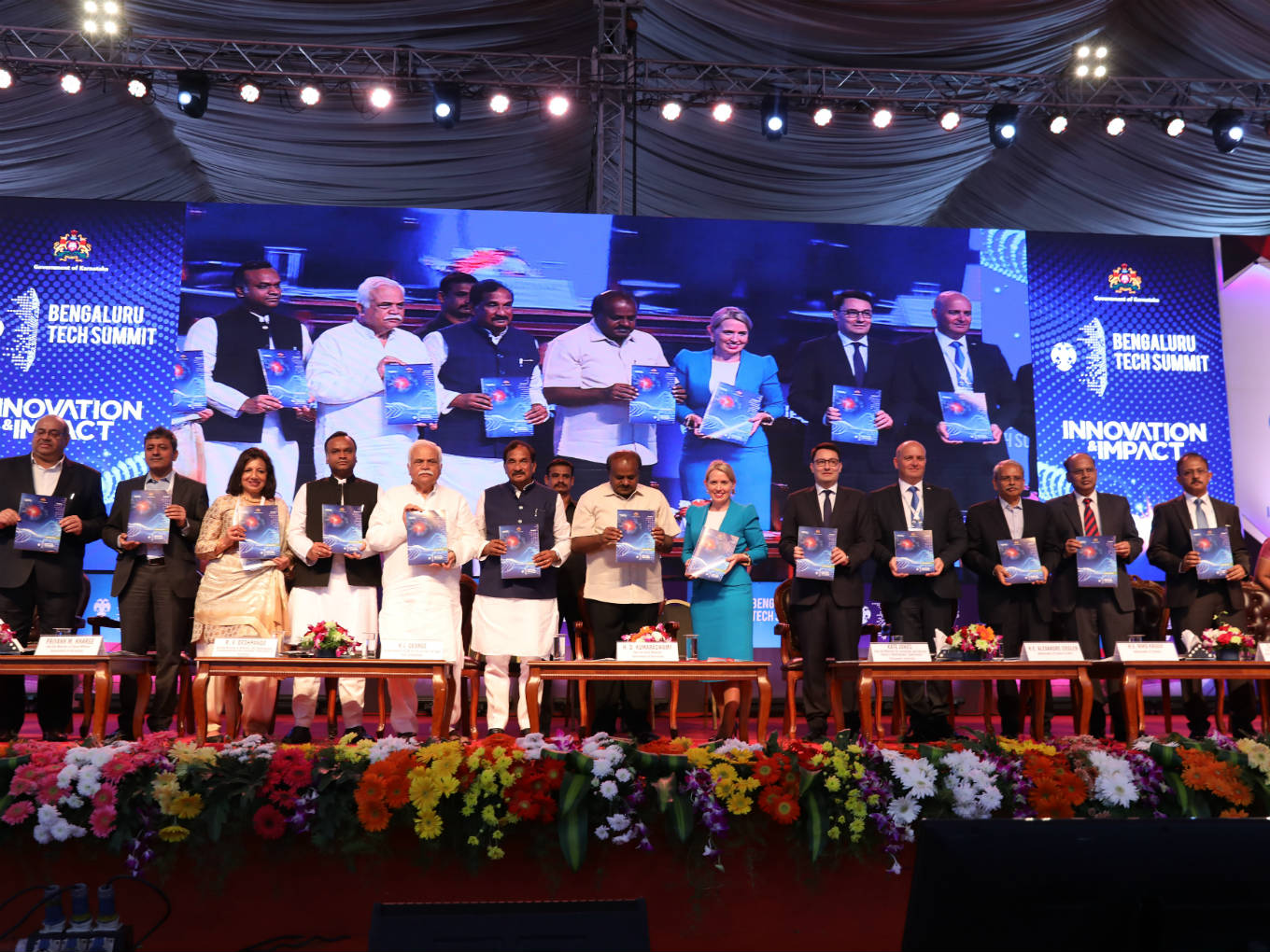 “Our vision for 2020 is Karnataka be the first choice of innovation and technology globally and, therefore, all our initiatives are aimed at driving and strengthening the innovation and startup ecosystem in the state,” said Karnataka IT/BT minister KJ George on Thursday (November 29), at the 21st edition of the Bengaluru Tech Summit, being held from November 29 to December 1.

George said that Karnataka was the first state in the country to recognise the growing importance of information technology (IT) and biotechnology (BT) and that emerging disruptive technologies have been taken into consideration while framing the state policies for IT, BT, electronics, and animation and gaming.

With an aim to house 20K startups and generate a revenue to the tune of $167 Bn only from technology sector by 2020, Karnataka is taking measures to boost the creation of new tech markets. For example, it will organise night drone racing and a global diversified hackathon. Besides, the Bengaluru Tech Summit has provided a Startup Innovation Pavilion for startups to showcase their latest technologies.

Karnataka has already implemented its startup policy 2015-2020 as part of Startup Karnataka. The state government, however, to meet the policy objectives, has now launched Innovate Karnataka, a new campaign to promote and boost innovation and impact in the state.

“We have adopted ‘Innovate Karnataka’ as our new brand this year and are vigorously pursuing initiatives that will take the state to a position of global leadership in innovation and entrepreneurship,” KJ George said.

The minister said that disruptive technologies such as AI, big data, the Internet of Things (IoT), machine learning, blockchain, robotics, and drone tech are going to drive the digital economy in the years to come. The government has taken initiatives to set up centres of excellence (CoEs) in these disruptive technologies to prepare the state to ride on new technologies and accelerate the growth of the economy.

“Innovation is the mainstay of our economy,” George added.