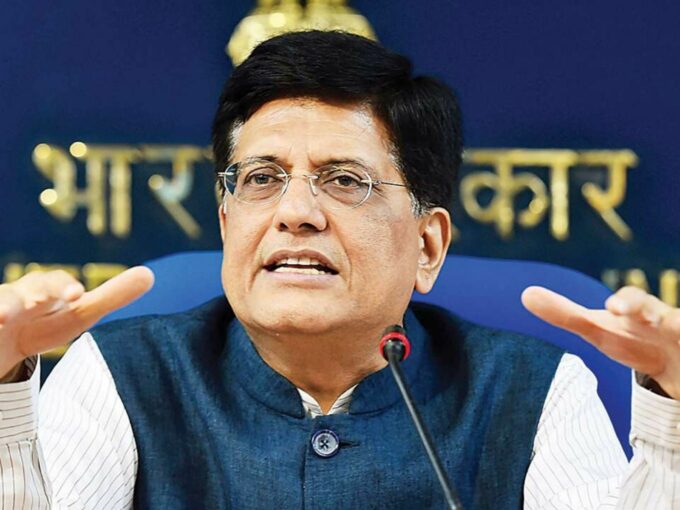 Minister of commerce and industry Piyush Goyal said that OTT players like Netflix, Amazon Prime, Zee5, ALTBalaji and others may kill cinema halls as cash flow is moving from halls and theaters to video streaming platforms.

The Union minister, on Saturday (July 11), also highlighted that India will engage from a position of strength and if any country blocks Indian films, then India will reciprocate and not allow their entertainment products to be showcased here. “India will work with reciprocity and engage from a position of strength to get a fair deal for all our industries, including the film industry,” he said.

Speaking at FICCI Frames’ virtual event, he asked the entertainment industry to self-regulate their programmes on the over-the-top (OTT) platforms like Netflix, Amazon Prime, Zee5, ALTBalaji and others as many shows portray India in a bad light. Goyal also emphasised that he supports creative expressions, but there is a lot of misinformation there as well, especially in terms of the way India is portrayed.

“It can be a wake-up call but one can’t glorify issues through such programmes. There have to be limits to allow global content to resonate… Many countries have cultural depravity and children develop bad habits but there are discipline and moral upbringing in our country,” Goyal added. He noted that the “high cultural and traditional ethos and moral values” need to be maintained in the country. He also emphasised that several professions have been successful with self-regulations, but many have also disappointed the country.

The statement comes at a time when several filmmakers are opting for direct release of their movies as the theaters remain shut due to the pandemic. Video streaming platforms have also come in as a handy option for makers of small budget movies as it has promised them sure shot profits, which may seem hard to come by in a theatrical release.

For instance, Amitabh Bachchan and Ayushman Khurana-starrer ‘Gulabo Sitabo’ skipped theatrical release to debut through Amazon Prime in 200 countries and 15 languages. According to sources, Amazon Prime bought ‘Gulabo Sitabo’s’ premier rights for INR60-65 Cr, which allowed the production to pocket INR 30 Cr as the film’s budget is said to be approximately INR 30 Cr. If it was released in theatres, the makers would’ve had to share the almost 50% of the INR 30-35 Cr profit with the exhibitors.

Disney + Hotstar, on the other hand, had bought the premier rights to eight Bollywood movies including Akshay Kumar’s ‘Laxmmi Bomb’, Ajay Devgan’s ‘Bhuj: The Prime of India’, and Mahesh Bhatt’s ‘Sadak 2’.

With the likes of Rajinikanth’s ‘2.0’ released in 2018 costing a staggering INR 570 Cr, the same profits can not be resonated by big-budget movies that take millions to make. In a way, Goyal may be right that OTT players will kill theaters by taking over small budget movies, but it’s still the only way to make profits for big-budget movies.