Investments will shift from technology to content quality: Ajay Chacko, CEO of Aree

The panel was moderated by Editorji’s founder Vikram Chandra 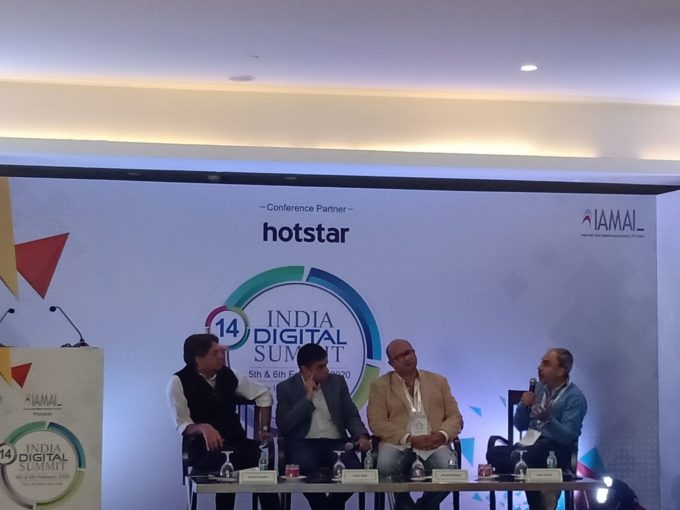 In India, over-the-top (OTT) video streaming platforms are growing at a pace like never before, thanks to the increased penetration of smartphones and the cheaper internet revolution brought in by Reliance Jio. And now to predict what factors will drive the growth of these OTT platforms in the future, Internet and Mobile Association of India (IAMAI), on Wednesday (February 5), organised a panel discussion ‘Future of Video Content: One Billion Screens’.

When asked whether it is going to be the technology or content that’ll increase the viewership of OTT platforms, Ajay Chacko, CEO of media platform Aree, said that a lot of investments have already flown into the technology part and now it is the right time to shift towards improving the content quality.

The importance of content for the OTT platforms has also been recently stressed by Netflix founder and CEO Reed Hastings. During an industry event, he also announced that Netflix is going to invest INR 3000 Cr to create more original Indian content.

On the other hand, mobile-app based news platform Editorji’s founder Vikram Chandra said that the company has technology at its heart. In the whole chain of creating the news to publishing it, there’s technology, Chandra emphasised.

At a time when most of these OTT platforms are investing a lot of money in content, these companies are still trying to find the right revenue model. Discussing whether these platforms will generate revenues through ads or by offering paid premium content, the panel agreed to the fact that India is an advertisement-driven market. However, a few of them also believed that the users are also shifting towards the paid premium content as well.

Citing the example of Hotstar, Chacko said that they are offering three different models to their users and every one of them is generating revenues for the company. Moreover, the panel also discussed that advertisers are also investing more in digital advertisements rather than traditional mediums. “While spending on television advertisements will not fluctuate more in the next 10 years, digital platforms will attract the investments put in print advertising,” said Hiren Gada, chief executive officer of Shemaroo.

In response to a question whether short-video platforms such as TikTok are driving away their audiences or not, the panel echoed that users want stories and users can’t find it on TikTok.