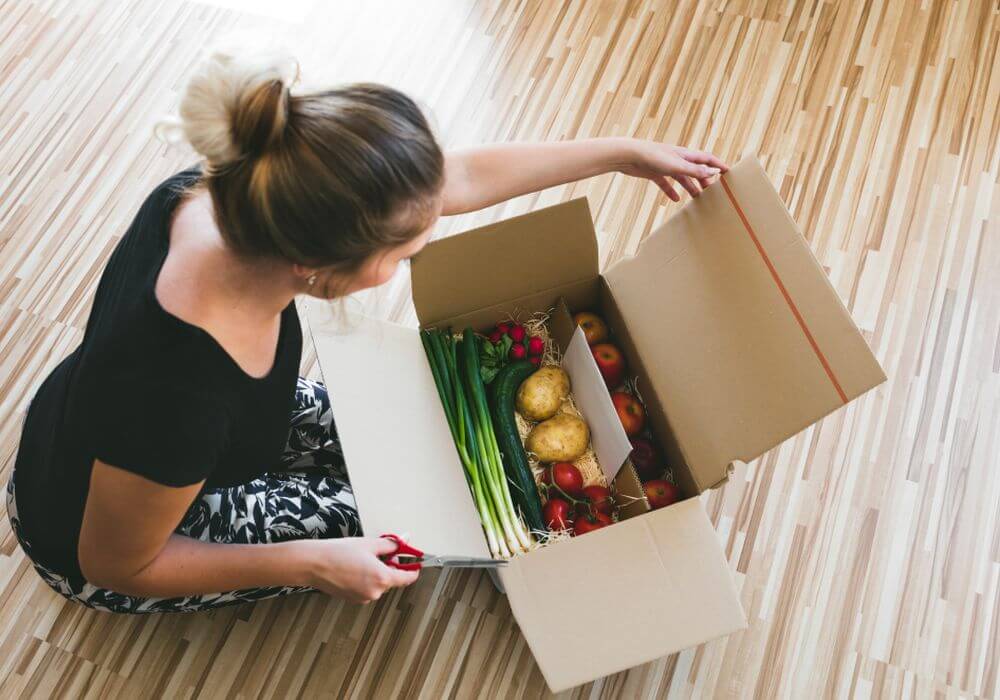 Online grocery delivery startup Grofers has raised $61.6 Mn (INR 400 Cr) in a round of funding led by SoftBank. With this, the Japanese investment behemoth now holds a 35%-40% stake in the Gurugram-based startup.

The funding round also saw the participation of existing investor Tiger Global as well as Russian tech billionaire Yuri Milner. With this new Series E round, Grofers will continue to invest in building private labels and supply chain
improvements.

A significant amount of investment will go towards building infrastructure and technology and efficient supply chain management to achieve deeper penetration in existing Grofers cities.

Commenting on the development, Albinder Dhindsa, Co-Founder and CEO, Grofers, said, “This fresh round by our existing investors is a vote of confidence and trust in the turnaround at Grofers. We took some hard decisions to fix parts of the business that were not scaling well. Our efforts have clearly contributed in making sure we have a clear path to profitability as well as the largest market share in the online grocery segment; having grown four-fold in the last one year for monthly sales in excess of $15.4 Mn (INR 100 Cr).”

The development comes less than a month after reports surfaced that the online grocery platform was in talks to raise $60 Mn-$65 Mn from its existing group of investors at a nearly 40% drop in its valuation.

“This endorsement of Grofers’ business proposition will help us in building an enriched customer experience for our next ten million grocery shoppers. We are committed to building a robust e-grocery market in India and further contribute to the growth of Indian farmers and digital India,” Albinder added.

Incidentally, the SoftBank backed company has reportedly shut its operations in several cities and changed its business model. Grofers is now focused on establishing its foothold in Delhi/NCR by investing in its supply chain and technology, an earlier report by Livemint stated. However, the company claims to be profitable in Delhi on a per-order basis.

In the past year, Grofers was also said to be in sale talks with rival BigBasket and Paytm. The talks, however, hadn’t materialised.

Last month, the company’s biggest competitor BigBasket secured $300 Mn Series E funding in a round led by Alibaba, with the participation of Abraaj Capital, Sands Capital and IFC. Alibaba had received the CCI nod to invest in BigBasket in December 2017.

According to CCI’s “Summary of the Combination”,  Alibaba.com Singapore E-commerce, a subsidiary of Alibaba Group Holding, transferred the funds to Supermarket Grocery Supplies, the parent entity of Bengaluru-based BigBasket.

Gurugram-headquartered Grofers was founded in 2013 by IIT graduates Albinder Dhindsa and Saurabh Kumar. The company has raised close to $226.5 Mn funding till date from investors like Tiger Global Management, Sequoia Capital, SoftBank Group and Cyriac Roeding.

It currently offers products across categories like grocery, fruits and vegetables, beauty and wellness, household care, baby care, pet care, bakery and meats and seafood, among other things.

In November 2015, the company raised $120 Mn at a valuation of about $400 Mn. Later in September 2017, the online grocery startup secured $839K (INR 5.5 Cr) from its existing investor, Trifecta Capital in debt funding. A fortnight later, it raised another $14.7 Mn from its parent company, Grofers International.

Commenting on the latest funding from SoftBank, Tiger Global and others, Grofers co-founder and CEO Albinder Dhindsa told ET, “The business is in a much healthier place and almost 10 times the size it was in November 2015 when we last raised capital. We took a lot of hard decisions to fix parts of the business that were not scaling well and our efforts have clearly contributed in making sure we have a clear path to profitability as well as the largest market share in the online grocery segment.”

In February 2017, the company signed a pan-India partnership with Reliance Fresh. Two months later,  the company was reportedly setting up 15 offline stores across Delhi/NCR.

The plan was to open two types of offline stores: tuck shops and franchise stores. Grofers was also in talks with startups like OYO to open tuck shops in its premises.

A couple of months later, in July, Grofers received the final approval from the DIPP for food retail, around the same time that Amazon got the green light for a $500 Mn investment. At the time, it was reported that the Gurugram-based company was looking to bring an additional capital of $40 Mn to expand its business and grow the market.

The space has not only attracted the attention of startups like BigBasket, ZopNow etc, but also the country’s leading ecommerce players such as Paytm, Flipkart, and Amazon. Other players in the online grocery sector include BigBasket, Satvacart, Godrej Nature’s Basket and DailyNinja, among others.

As of March 2017, BigBasket held about 35% market share in the Indian online grocery segment, closely followed by Grofers at 31.5% and Amazon at 31.2%, as per a report by Kalagato.

Recently, post BigBasket’s massive fundraise from Alibaba, Abraaj Capital, Sands Capital and IFC, reports surfaced that Paytm Mall was looking to integrate the e-grocer on its platform, as a way of exploring the online grocery market.

Last month, global ecommerce player Amazon recently became the first foreign company to set a food retail business in India. It will now sell locally made and packaged food to the consumers directly, and will compete with other leading online grocery and food retail marketplaces like Grofers and BigBasket.

To bolster its entry into the segment, Amazon also recently opened 15 fulfillment centres to create a specialised network for its hyperlocal grocery delivery business on Amazon Now. The new centres have come up in the four cities where Amazon Now is currently available: Bengaluru, Delhi, Hyderabad and Mumbai.

Flipkart, on the other hand, is reportedly looking to set up a chain of retail stores across the country, in partnership with global retail giant Walmart who is, in turn, planning to acquire 25% to 51% stake in the homegrown ecommerce unicorn.

Recently, reports surfaced that SoftBank was preparing to sell a part of its share in Flipkart to the US-based retail giant. If the deal materialises, Flipkart will be able to procure grocery and consumer goods directly from Walmart’s wholesale stores, which would, in turn, ensure better delivery speed and product availability.

With the entry of new players, the country’s online grocery delivery space is expected to witness increased competition, which could ultimately result in consolidations or exits. Although Grofers has been struggling to challenge BigBasket’s monopoly, for the time being, its fate seems secure, especially now that it has backers like SoftBank and Tiger Global.