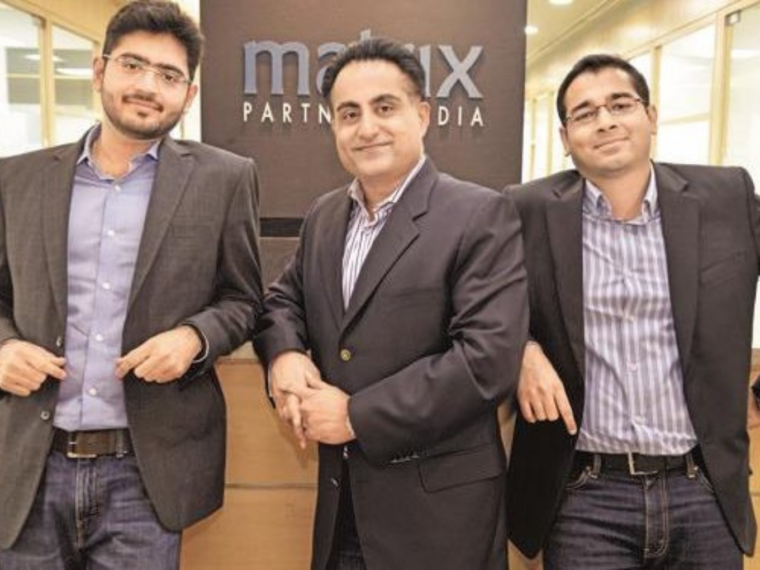 The Indian arm of US-based private equity investment firm Matrix Partners is looking to raise a $450 Mn fund, as per the firm’s regulatory filing with the US Securities and Exchange Commission (SEC).

Matrix Partners India, which has invested in major startups like Ola, VerSe, Stanza Living, and Razorpay, submitted its fourth notice of exempt offering of securities to the SEC on June 17.

The early-stage PE firm was not immediately available to respond to Inc42’s queries about the expected date of fund closure and its further plans. The firm will reportedly invest in India and other South Asian markets through its fourth India-dedicated fund.

The announcement of the new fund by Matrix Partners India comes a few days after venture capital (VC) firm Sequoia Capital announced closing of a fund for India and other markets. On June 14, Sequoia India and Sequoia Southeast Asia together announced the close of a $2.85 Bn fund, of which $2 Bn would be invested in seed and growth-stage ventures in India.

Matrix Partners India was founded in 2006 as a franchisee of US-based Matrix Partners. It had earlier raised a fund of over $300 Mn in 2019.

The latest fundraising initiative comes at a time when there are whispers of a funding winter amidst the Russia-Ukraine war, rising inflation rate and tightening of monetary policies by the central bank. All these have led to a slowdown in funding deals in the Indian startup ecosystem.

Sanjeev Bikhchandani, ace investor and executive vice-chairperson of Info Edge, recently said that fundraising has become difficult for early-stage startups due to muted valuations amid the global economic slowdown.

However, Matrix Partners India continues to be a major investor in the Indian startup ecosystem and has invested in many startups recently.

The early-stage PE firm also invested in five-month-old fintech startup NAKAD last month as it raised $7 Mn in a seed funding round, along with Accel and AdvantEdge Founders.