Ola has launched services in Liverpool, Birmingham, and Reading

With this, the company is now present in seven cities in the UK 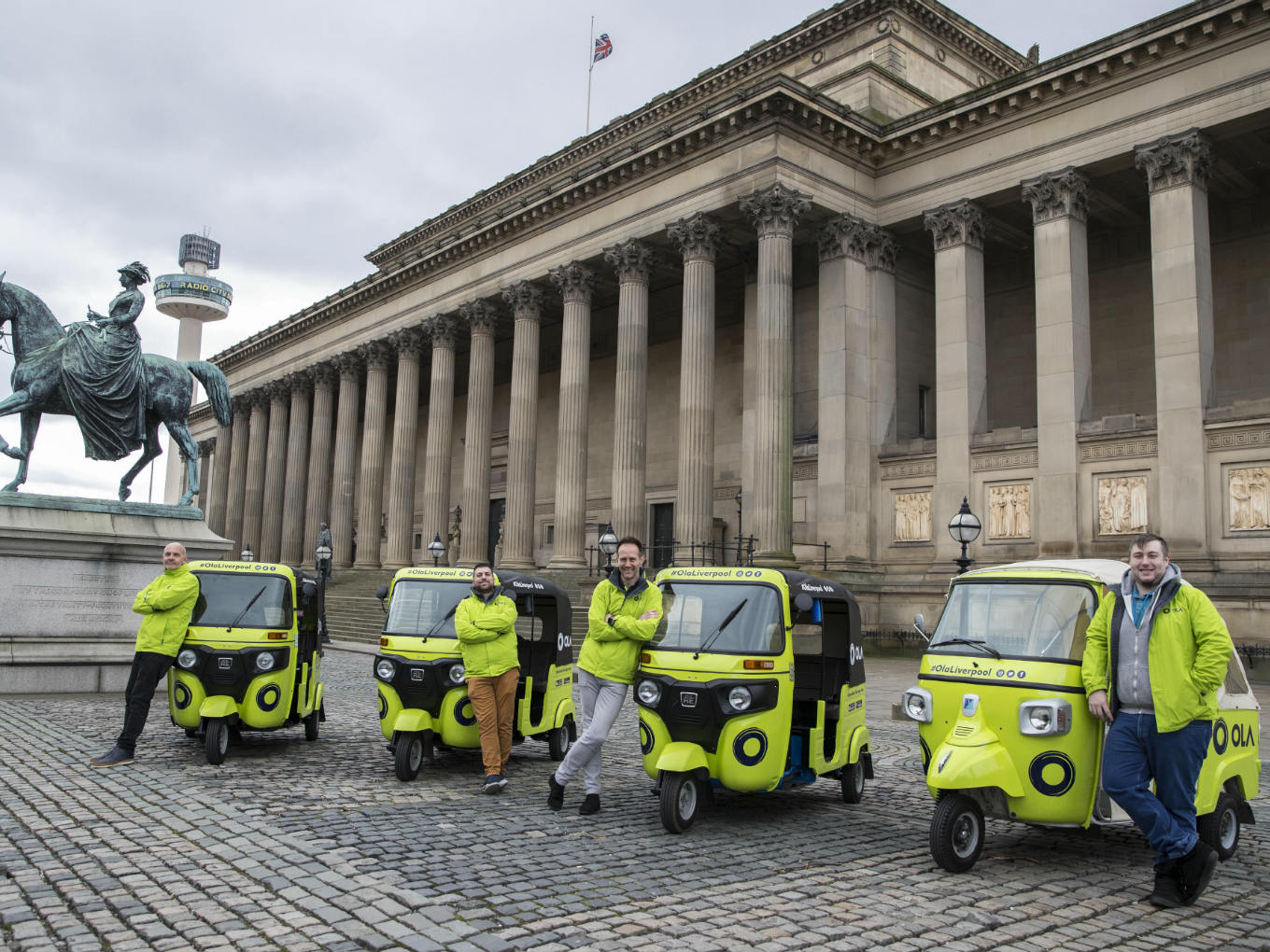 Bengaluru-based cab hailing giant Ola has launched its services in three new cities in UK, after local councils granted the company licenses for both taxi and private hire cars.

The platform is set to go live on April 1 in Birmingham and Reading where the process of driver onboarding is already underway. The company has also launched promotions with free auto rickshaw rides in Liverpool.

Ola will now offer black cabs and private hire vehicles (PHVs) in these three cities. The company claimed that it will offer the highest share of revenue to drivers, charging just 10% commission to black cabs and 15% to PHVs, compared with 25% charged by competitors.

To encourage inclusivity for its drivers, Ola has also committed to making black cab and PHV ride options attractive to app users by ensuring that they are competitively priced. Black cabs will not have peak pricing meaning that they will be cheaper when PHVs are in high demand.

In August 2018, Ola forayed into the British market after it obtained licences to operate in South Wales and Greater Manchester.

Following this, Ola entered Bristol in October 2018, followed by Bath and Exeter in November 2018. With this launch, Ola is now present in seven cities in the UK in just seven months. Currently, it also has plans to expand operations across North England and the Midlands in the coming months.

“Thanks to the positive word-of-mouth from both driver-partners and passengers who experienced our offerings in Cardiff, Bristol, Bath, and Exeter, we received requests from users across the UK to introduce the Ola platform in their cities,” said Ben Legg, managing director of Ola UK.

Ola’s Global Plans To Scale Up Its Business

Ola was founded in 2011 by Bhavish Aggarwal and Ankit Bhati. It integrates city transportation for customers and drivers onto a mobile technology platform ensuring convenient, transparent, safe and quick service fulfilment.

After gaining popularity and entering the much-coveted unicorn club, Ola is now looking to expand its services across the globe.

In November 2018, Ola launched its services in New Zealand and has been offering rides to Auckland, Wellington and Christchurch.

In February 2018, it had launched its services in Perth, Australia, and had also reportedly set up teams in Dhaka, Bangladesh and Colombo, Sri Lanka. It also expanded its operations in Sydney in March last year.

Not only it is expanding its market reach, Ola is also looking to enhance its product portfolio.  The company is aggressively pushing towards offering electric vehicles as a part of its fleet. Earlier this month, the ride-hailing unicorn had raised $300 Mn from South Korean automaker Hyundai along with its affiliate Kia Motors to fund a strategic partnership under which the three companies extensively collaborate on building India-specific electric vehicles and infrastructure.