Ola Scales Down Food Delivery Ambition For The Third Time; To Focus On Quick Commerce 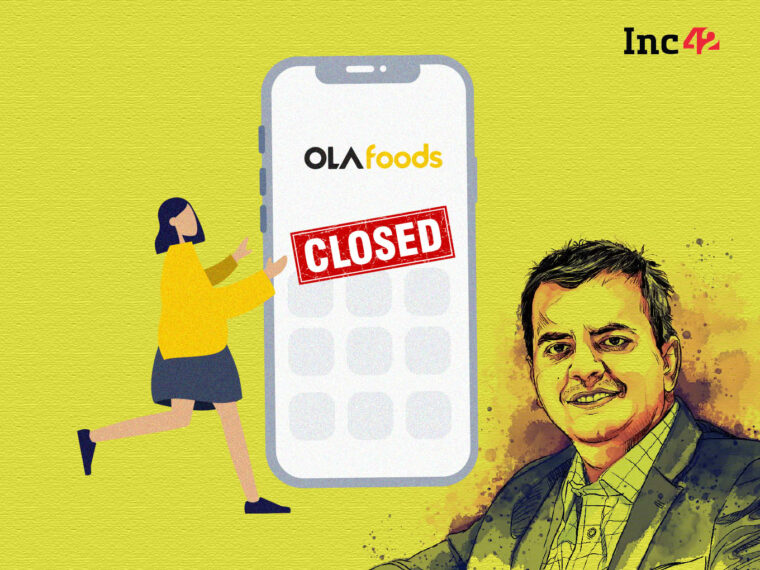 In 2015, Ola started Ola Cafes and shut down a year later. In 2017, it acquired Foodpanda, but shut down the business and laid off the company employees

Already late to the party, Ola Dash only started business in January 2022 alongside Zomato

The quick commerce wave has replaced the hyperlocal commerce module within the tech ecosystem. It has also affected IPO-bound mobility giant Ola, which is now reportedly looking to scale down its food delivery business to focus on quick commerce.

Later the mobility giant acquired foodtech startup Foodpanda to strengthen its food delivery. But, the business failed to return the expected numbers and Ola’s foodtech business was running in hindsight, operating only around 50 cloud kitchens across the country. Thus, Ola shut down Foodpanda India too, and laid off its employees,

The company then had set up 50 cloud kitchens, opted for a multichannel approach across the country including via pop stores, acquired public transportation startup Ridlr and was looking to acquire Freshmenu to scale the foodtech business to more than 500 cloud kitchens. Eventually, its deal with Freshmenu did not fall through.

This time, as it plans to descale the foodtech business, reports suggest that the mobility company will sell most of its cloud kitchen equipment at up to 30-50% discount.

The fulfilment of the quick delivery promise would rely on a dense finishing stations’ network, which will be located close to high-demand customer neighbourhoods. Interestingly, the model could not prove successful on its first pilot in Gurugram, and the company had to halt its expansion plans.

Grofers (now BlinkIt) introduced the ‘magic-like’ model and invited flak over the model and clarified that the company only delivers to areas within a 2 km radius of a grocery store.

The quick commerce model has been repeatedly questioned over driver safety including being under stress, facing minor accidents over speedy and rash driving, possible penalisation over delivery lags and over-the-top targets.

The likes of Zomato and Swiggy are also facing the threat of poaching of their delivery personnel by Zepto and Dunzo and others. The outrage against the lack of income stability and job security has also forced the government to form new policies.

Ola’s foodtech failure story can be attributed to a delay in the company entering the segment. So, as Ola intends to lay focus on quick commerce – a segment marred with inefficiency, questionable tactics and no regulatory policies in place, it will be interesting to see how quickly things turn around (for good) with Ola Dash.