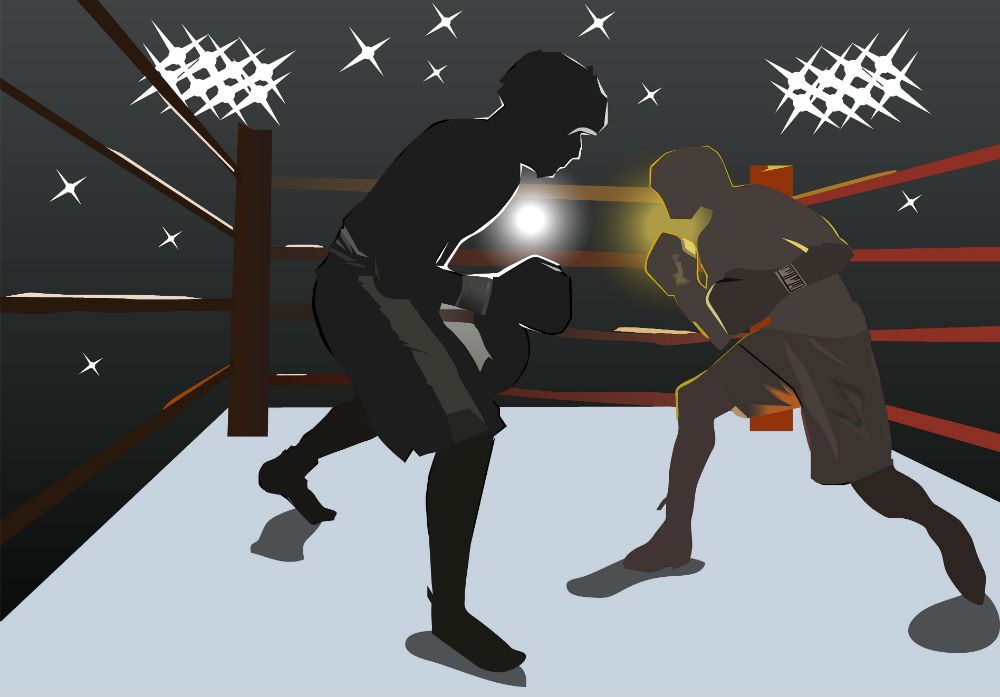 Pranay Jivrajka, Chief Operating Officer at Ola, has come out with a blogpost in response to the “recent debate around organizations operating in the country being national or international“. In the post, titled “The Law is the Law”, Pranay called the debate as irrelevant and highlighted that the debate is not about foreign vs. local but it is about who is respectful of the local laws and who is not.

“It is a shame that our competition (read Uber) has to fan a debate of nationalism to hide their identity of being a multi-national, with serial violations of law as a business strategy, not just in India, but globally,” statement like these have made the debate look much more nasty.

Pointing the finger at Uber, Pranay said that the company still runs UberMoto service illegally in Gurgaon, on private white number plates. He also talked about how Uber initially launched with a ‘card on file’ payment system which was in gross violation of RBI regulations. “Yet they continued this for more than a year, fully knowing the violation, and it took an ultimatum from the Governor of the RBI to make them fall in line,” he said. Pranay further added that during the Delhi Diesel ban, Ola committed to 100% CNG adoption of vehicles within the state proactively. “On the other hand, even after the High Court Orders came into effect, Uber chose to continue plying diesel vehicles with absolute disregard for the state and the court of law, until a contempt petition forced them to cease and desist.” 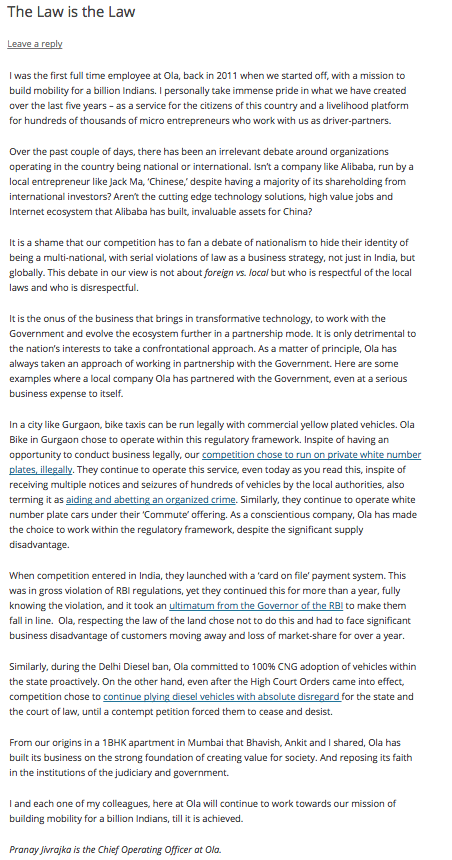 You can read the complete blogpost here.

Ola had recently accused Uber of being a foreign firm with no regard for Indian laws and doing business in India only for profit. Ola defended Karnataka’s new regulations governing tech-based cab hailing services, and at the same time accused Uber India of flouting all norms. In a lengthy affidavit to the High Court, which is looking into the legal validity of the April 2 regulations notified by the government, Ola said that it is the only cab aggregator to have been issued a license under the new regulations because it has satisfied all conditions.