Bhavish Aggarwal-led company last year in December had announced that it would be investing INR 2,400 Cr for setting up phase 1 of the factory in Tamil Nadu 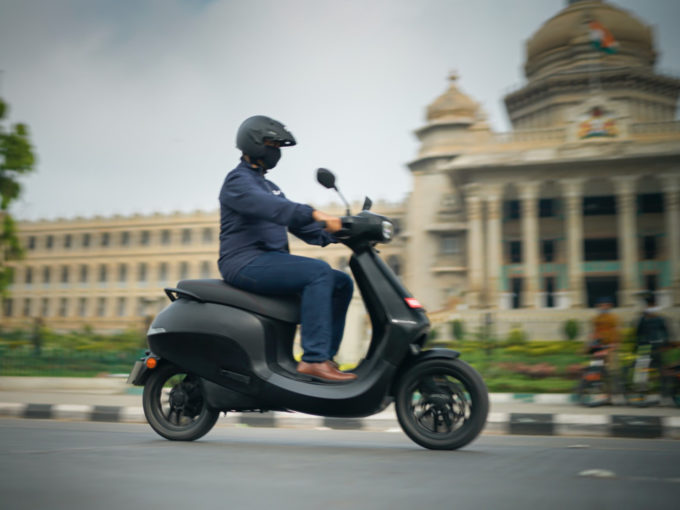 Bengaluru-based Ola Electric, the electric two-wheeler manufacturing arm of ride-hailing firm Ola on Monday ( July 12) announced that it will be raising $100 Mn in debt financing over 10 years from Bank of Baroda. Ola Electric and Bank of Baroda have signed a long-term debt financial agreement and the company plans to utilise these funds towards the funding and financial closure of phase 1 of the Ola future factory.

Bhavish Aggarwal-led company last year in December had announced that Ola Electric would be investing INR 2,400 Cr for setting up phase 1 of the factory in Tamil Nadu. The factory is being built over 500 acres of land and at its full capacity is expected to produce 10 Mn electric scooters annually. The company has claimed that it will be manufacturing 15 percent of the world’s e-scooters by the summer of 2022.

Ola Electric was founded in 2017 and achieved Unicorn status by 2019, making it the fastest Indian startup to enter the coveted club. The startup to date has raised a little more than $300 million from venture capital firms.

Commenting on the debt financing agreement, Aggarwal who is the chairman and group CEO of Ola said, “Today’s agreement for long term debt financing between Ola and Bank of Baroda signals the confidence of the institutional lenders in our plans to build the world’s largest two-wheeler factory in record time. We are committed to accelerating the transition to sustainable mobility and manufacture ‘made in India’ EVs for the world and we are happy that Bank of Baroda has joined us in our journey.”

Sanjiv Chadha, managing director and CEO of Bank of Baroda said, “The government has brought in several policies to incentivise make-in-India and to enable India to become a global EV leader. Ola is leading from the front and we are delighted to partner with them for their EV business. The Ola Futurefactory will put India on the global EV map and we are proud to be associated with them.”

The company underlined that its factory in Tamil Nadu is near completion and following which production trials of the scooter will begin. The much anticipated electric scooter was revealed earlier this month with Aggarwal taking the scooter for a spin around Bengaluru city. According to an Inc42 exclusive, the Ola scooter would be available in at least three variants where the cheapest variant will be priced below INR 1 lakh. In the latest teaser, the company showcased a few of the features like ample boot space, app-based keyless access, long-range charge, among others.

Once launched, the scooter will compete against the likes of Ather, Revolt, Simple Energy, TVS, among others.

The electric vehicle market has been noticing significant boosts in the country in the last few years. As per Inc42’s vehicle outlook market report 2020, Indian electric vehicle startups have raised over $601 Mn between 2014 and 2019