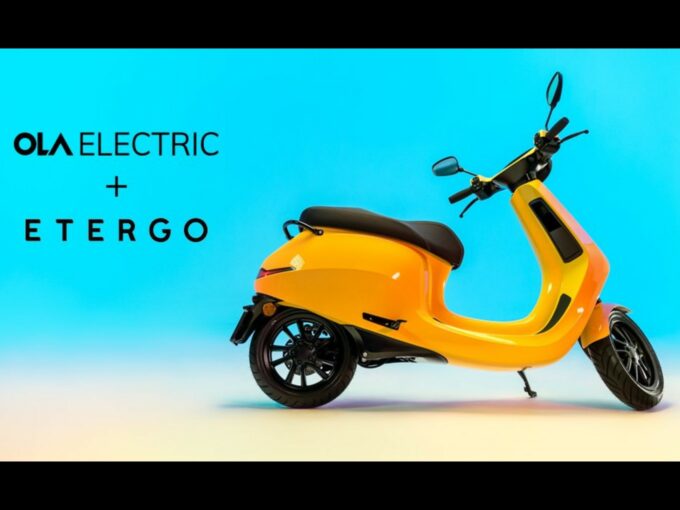 Bengaluru-based cab aggregator Ola’s electric mobility unit Ola Electric has acquired Amsterdam-based Etergo BV for an undisclosed amount. Post-acquisition, Etergo’s team will continue to be based out of Amsterdam as they join Ola Electric.

Founded in 2014 by Bart Jacobsz Rosier and Marijn Flipse, Etergo has developed an all-electric state-of-the-art AppScooter. First revealed in 2018, the AppScooter uses swappable high energy density batteries to deliver a range up to 240km and class-leading acceleration.

Bart Jacobsz Rosier, cofounder and CEO, Etergo BV said, “Ola is one of the world’s most admired mobility companies and has led the way for many innovations in the space, including its bold ambition for electric mobility. We are looking forward to joining Ola Electric and together, reimagining electric mobility to transform the way the world moves.”

Very excited to share that @OlaElectric has acquired Amsterdam based @Etergo_Official. The future of urban mobility is both electric, stylish and on two-wheels! We‘ll launch our first electric 2W later this year for Indian and global consumers. Read More: https://t.co/lk8F3VllPL pic.twitter.com/cHfslfr995

Launched in 2019 by Ola as an independent entity, Ola Electric was said to be running several pilots involving charging solutions, battery swapping stations, and deploying vehicles across two, three and four-wheeler segments.

The company said it will leverage European design, strong engineering collaboration and Indian manufacturing and supply chain, to transform the global two-wheeler market into a clean energy, digital future.

With plans to set up extensive charging and swapping networks around the country, Ola Electric is currently running several pilots to deploy electric vehicles and charging solutions across cities with a focus on 2 and 3 wheelers.

Bhavish Aggarwal, founder and chairman, Ola Electric said, “The future of mobility is electric, and the post Covid world presents an opportunity for us to accelerate the adoption of electric mobility globally. Every year, almost twice the number of two-wheelers are sold across the world compared to cars. With electric, digitally connected capabilities, two-wheelers will further emerge as the most preferred urban mobility paradigm around the world and empower every consumer.”

Ola Electric ran an electric taxi pilot programme in Nagpur, which was subsequently discontinued due to inadequate demand. In 2018, Ola announced ‘Mission: Electric’ to have 1 Mn electric vehicles running on Indian roads by 2021.

The company has raised over $300 Mn and has already become a unicorn in two rounds of funding. Its investors include Japanese conglomerate SoftBank, parent company ANI Technologies, Hyundai Kia, Ratan Tata among others.

According to a report by US-based Rocky Mountain Institute (RMI), the prices of electric two-wheelers and three-wheelers in India are expected to fall more than the fuel-run variants by 2023. The report highlights that the US will lag behind India for at least seven years in this aspect. The report also adds that the electric two-wheelers and three-wheelers will make up for 80% of EV sold by 2023.