Paytm had launched its credit card offering earlier this week 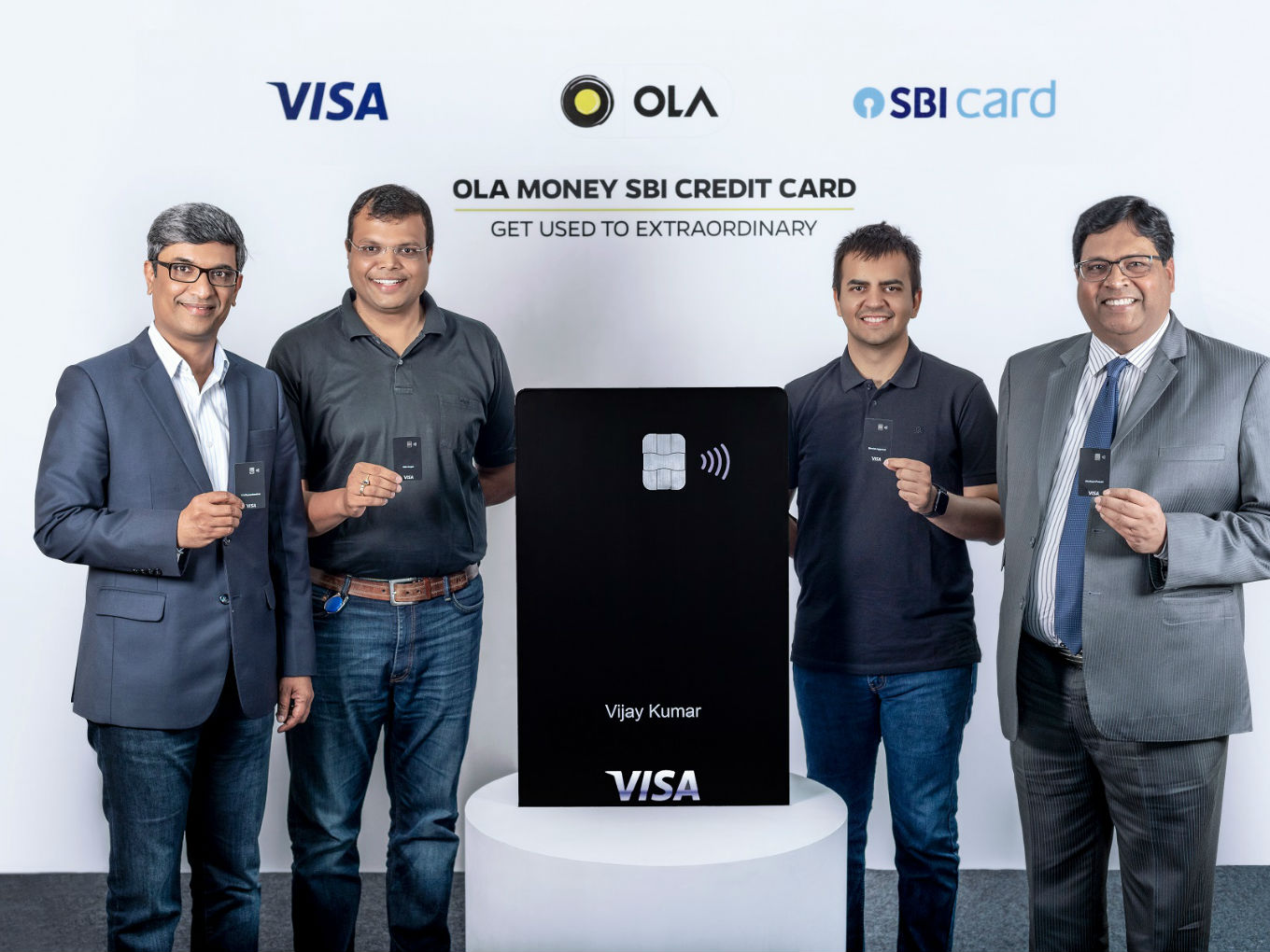 Ride hailing unicorn Ola has now launched an Ola Money-SBI Credit Card to add to its many offerings related to payments and digital transactions. The company has inked a deal with SBI and Visa, and plans to issue as many as 10 Mn credit cards by 2022.

The companies claim that the Ola Money SBI Credit Card will alter the customer experience by offering a simplified application process, eliminating joining fees and providing seamless, flexible and convenient payments for 150 Mn Ola users. Ola claims the cards will help Visa and SBI bank acquire more customers in India and creates a new monetisation model for the ride-hailing company.

The company is allowing onboarding of new users for free for the credit card, and allows them to apply, view and manage their accounts directly on the Ola app. The cashback and rewards will be instantly credited to user’s accounts in the form of Ola Money.

Bhavish Aggarwal, cofounder and CEO of Ola, said, “We are excited to launch the Ola Money SBI Credit Card and we look forward to taking this to millions of Indians over the next few years. Mobility spends form a significant wallet share for users and we see a huge opportunity to transform their payments experience with this solution.”

The Journey Of Ola Money

Founded in 2011 by Bhavish Aggarwal and Ankit Bhati, the ride-sharing company had forayed into the digital payment space in 2015 with the launch of its online wallet Ola Money which allows users to pay for their rides and also pay bills, transfer money to others and shop.

In order to develop the cashless payment system, it also launched Ola Credit in 2016, which allowed its users to pay for their rides later on. Under this, it offered user credit for seven days which could be availed by booking ola cabs.

Hardayal Prasad, MD & CEO, SBI Card said, “Through this card, we aim to address their evolving mobility spends while providing them with maximum value and unique benefits on their travel spends, especially for cab-based commute.”

TR Ramachandran, group country manager, India and South Asia, Visa said, “Transport and transit payments are one of the largest digital payment use cases worldwide. This card will help transition millions of Ola consumers from cash to secure, reliable and convenient digital payments not only for their daily commutes but for other expense categories as well.”

Why Is Credit The Craze?

In India, credit card has been amassed by rich and few. These select few people make top line of the credit industry in India, unlike the west where every person has a credit rating and is dependent on the same for all their payments.

Amid the latest technology giants which have entered the market, here’s a brief:

It is to be noted that Visa and Mastercard, the global giants in credit card payments and servicing, have been struggling to stay relevant in the Indian market as payments platforms have adopted UPI and other payments standards more increasingly in their bid to go digital.