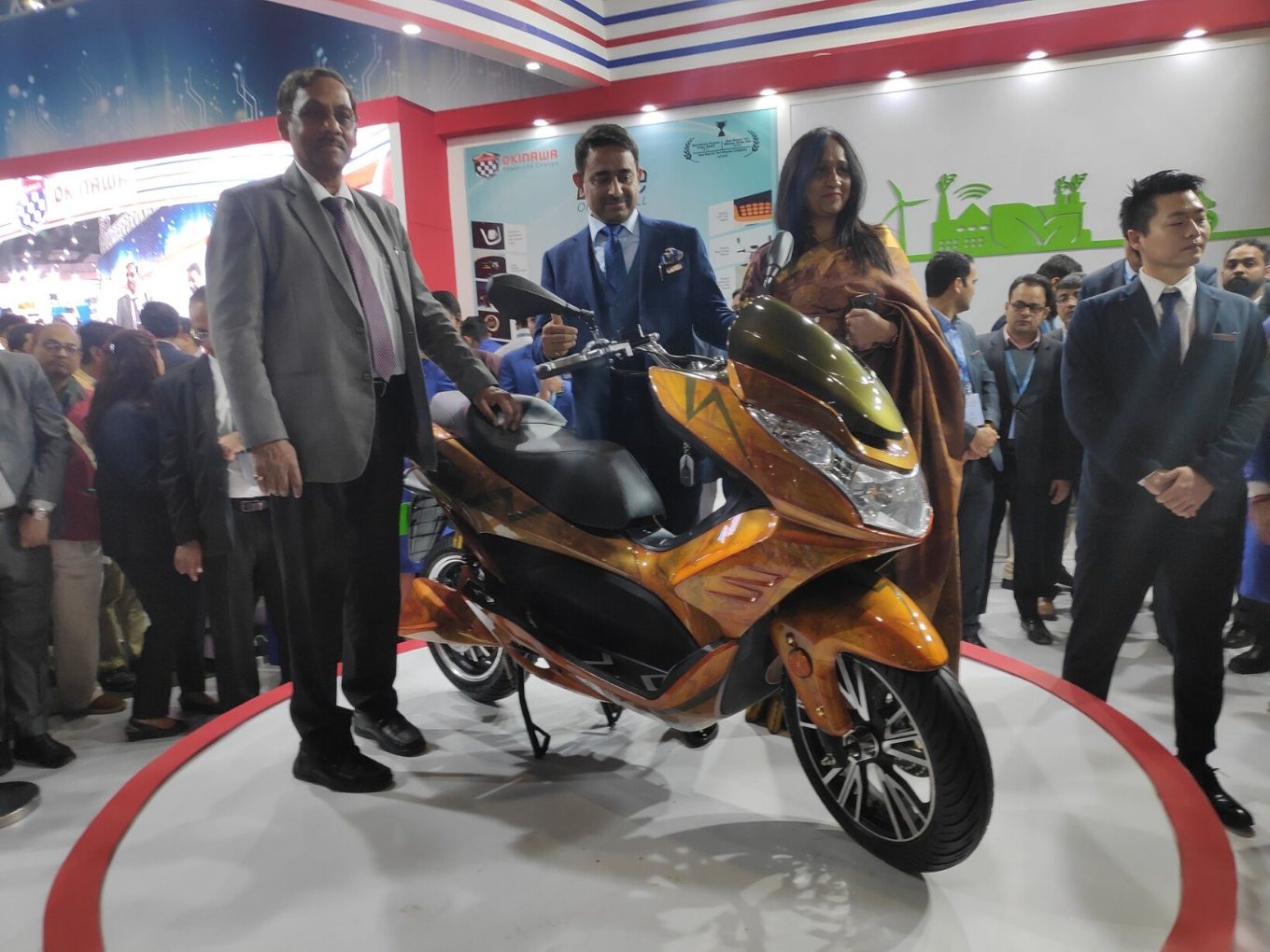 Okinawa Cruiser is said to be the first-of-its-kind high-speed, electric scooter

Gurugram-based electric vehicle manufacturer Okinawa, on February 6, showcased its prototype of a brand new powerful electric scooter — Okinawa Cruiser, at the Auto Expo 2020. It is one of the most powerful, maxi-scooter developed by the company.

The powerful, maxi-scooter Cruiser was unveiled by Anil Shrivastava, Principal Adviser & Director General at Niti Aayog. The company claims that it is first-of-its-kind in the electric scooter range in India.

Speaking at the event, Srivastava said that he feels confident about India’s electric vehicle market with the participation of the Indian company like Okinawa. He highlighted the rigorous efforts that the OEMs are putting in manufacturing electric vehicles in the country. “We look forward to the holistic growth of the industry and a greener tomorrow,” he added, on an optimistic note.

Jeetender Sharma, founder and managing director of Okinawa said that the Indian electric vehicle industry is still in the nascent stage compared to the petrol-fuelled vehicle market. “Each new products released by Okinawa will break these myths and prove that the electric vehicles are any day better than petrol vehicles,” he added.

Okinawa Cruiser is powered with 4 kWh lithium-ion and comes with detachable battery, thereby ensuring charging convenience and hassle-free experience to the owner. Interestingly, the maxi-scooter also comes with a fast-charging port, where a rider can charge the scooter in two to three hours.

In other words, the scooter does not require frequent charging. Also, on a full charge, Cruiser can run up to 120 km with a top speed of 100 km per hour.

In addition to this, the auto event also witnessed its other latest offerings such as LITE, PraisePro and Ridge+, which ranges from low-speed to high-speed electric scooters.

More than anything, the company claims that its products are known for style, reliability and cutting-edge technology. In an attempt to promote clean, sustainable and eco-friendly among the crowd at the Auto Expo 2020, Okinawa also ran a campaign called #PaintYourOwnScooter, where the audience got to paint their own version of the scooter on the digital screen.

Apart from Okinawa, the other electric vehicle startups at the Auto Expo 2020 include Devit Motors, eVERVE Motors and ONB technologies, Evolet India, Altigreen and others.