Valued At $2 Bn, The Startup Currently Services Users In 170 Cities Across The World 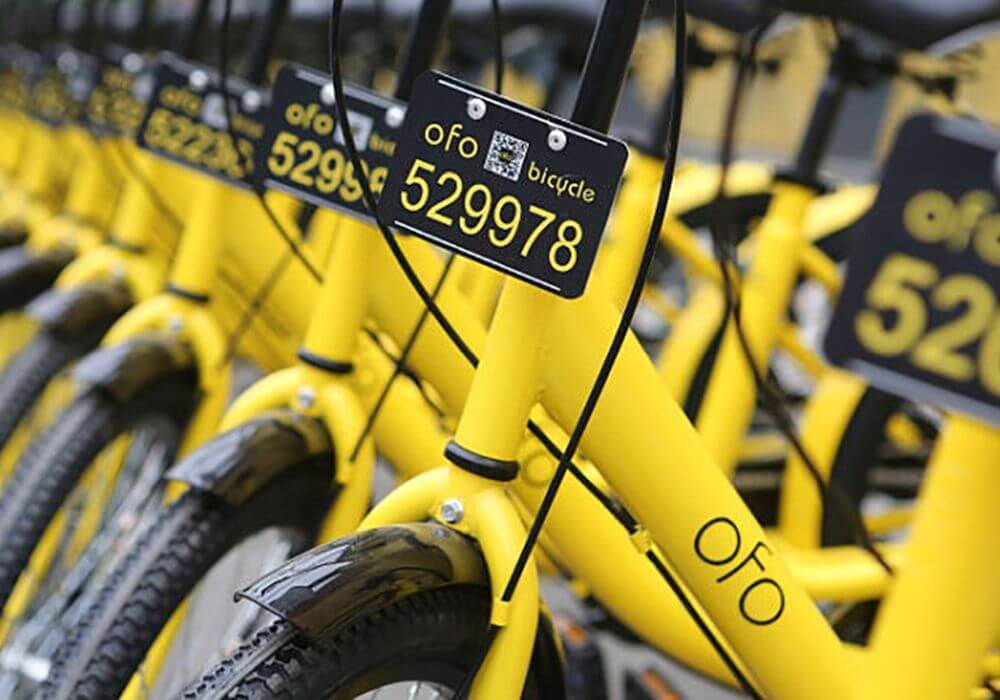 Beijing-based bicycle sharing startup, Ofo, has reportedly announced plans to enter the Indian market by the first half of 2018. Valued at $2 Bn, the unicorn recently launched operations in Adelaide.

The move is in line with the company’s aim to extend operations to a total of 200 cities in the coming months.

A source close to the development said, “Ofo is currently doing extensive ground research in India, examining government policies and the permissions required where foreign businesses in the transportation sector are concerned, as well as looking into the infrastructural limitations.”

Boasting a user base spread across 170 cities in China, Singapore, the US, Austria, Thailand, the UK, Russia, Italy, Australia and Kazakhstan, Ofo serves as a “non-docking” platform that allows users to track as well as lock and unlock their bicycles remotely.

The company currently charges $1 per hour for its services. The source added, “Ofo’s model would need to be tweaked and localised for the Indian market. Over here, civic behaviour is a concern. There is a chance of the bikes being sabotaged or stolen. So Ofo is presently looking at Indian metros and considering targeting young professionals or the middle or upper middle-class sections where literacy isn’t a concern and environmental sustainability is appreciated.”

Despite the challenges, a number of state governments have welcomed Ofo’s plans to commence operations in India, sources revealed. They stated, “The sharing economy already exists in India and select state government officials realise that through Ofo they can work on addressing congestion issues and act on building larger regional transit systems that are sustainable and are in line with their government’s smart cities plans.”

Ofo: China’s One And Only Bicycle Sharing Unicorn

To avail the services, users are required to download the Ofo app (iOS/Android). With the help of the app, users can scan the QR code as well as enter the plate number displayed on each bike to receive a passcode for unlocking it.

To ensure flexibility, the bicycle sharing unicorn does not have any docking stations. Upon arriving at the destination, users can then park the bike anywhere that is convenient for the next user.

Since its inception, the bicycle sharing startup has secured $1.29 Bn funding in eight rounds from up to 21 investors. Most recently in July, Ofo closed a $700 Mn Series E funding from a group of five investors, including Chinese ecommerce behemoth Alibaba. The financing was reportedly raised to bolster the company’s global expansion plans and increase its fleet by an additional 20 Mn bikes.

Data Security Concerns: The Bone Of Contention Between India And China

Although several Chinese players like Ofo have entered the Indian market in recent years, friction between the two countries over data security concerns continues. The tension can actually be traced back to 2013 when the Intelligence Bureau (IB) proposed a ban on Tencent’s instant messaging platform, WeChat over suspected data privacy infringement.

Around the same time, the Government of India’s Ministry of Electronics and Information Technology directed 21 smartphone manufacturers, majority of them Chinese, to share the details of their security processes pertaining to user identity theft protection. Among the companies that the governing body sent notices to over data theft allegations, are global players Apple and Samsung, as well as Chinese smartphone makers such as Oppo, Vivo, Xiaomi,

Among the companies that the governing body sent notices to over data theft allegations, are global players Apple and Samsung, as well as Chinese smartphone makers such as Oppo, Vivo, Xiaomi, Lenovo and Gionee. Alibaba-owned UCWeb also came under the radar for suspected breach of data security.

In the Indian market, Chinese unicorn Ofo will have to compete with a growing class of bike sharing startups, including Vogo Automotive, ONN Bikes, WickedRide,  Stoneheadbikes, and Rentabike, Tazzo Technologies and WheelStreet. Earlier in September 2016, Ahmedabad-based transport company Chartered Speed reportedly entered into a partnership with Germany-based startup Nextbike, in a bid to launch a digital bicycle sharing platform in 100 Indian cities.

India currently is an attractive destination for startups and companies from around the world. With the Indian government doubling down on its scrutiny of Chinese companies and investors, however, it will likely get difficult for startups like Ofo to gain traction among Indian customers.