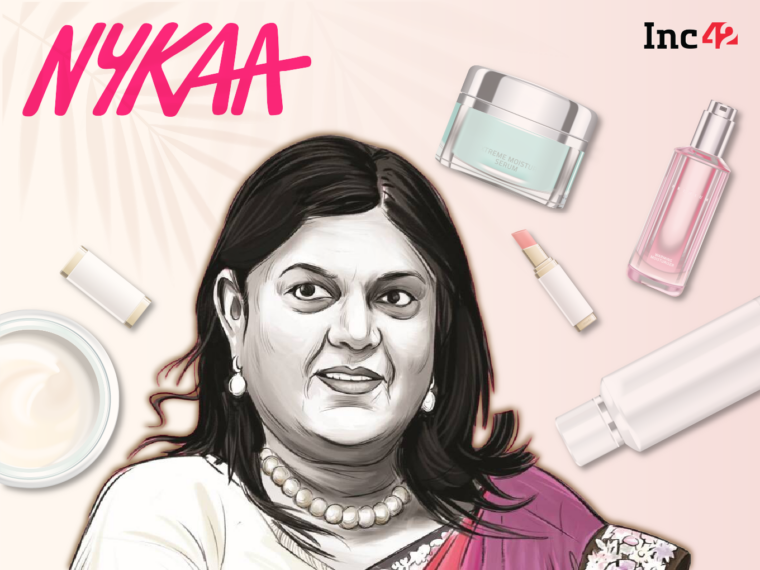 Revenue from operations grew to INR 973.3 Cr in the March quarter, while total expenses rose 35%

FSN E-commerce, which operates the beauty ecommerce platform Nykaa, on Friday (May 27) reported a year-on-year (YoY) decline of 58% in consolidated profit after tax (PAT) at INR 7.6 Cr, primarily hit by increasing expenses.

However, Nykaa’s revenue from operations grew 31% to INR 973.3 Cr from INR 740.5 Cr in the corresponding quarter of the previous fiscal. 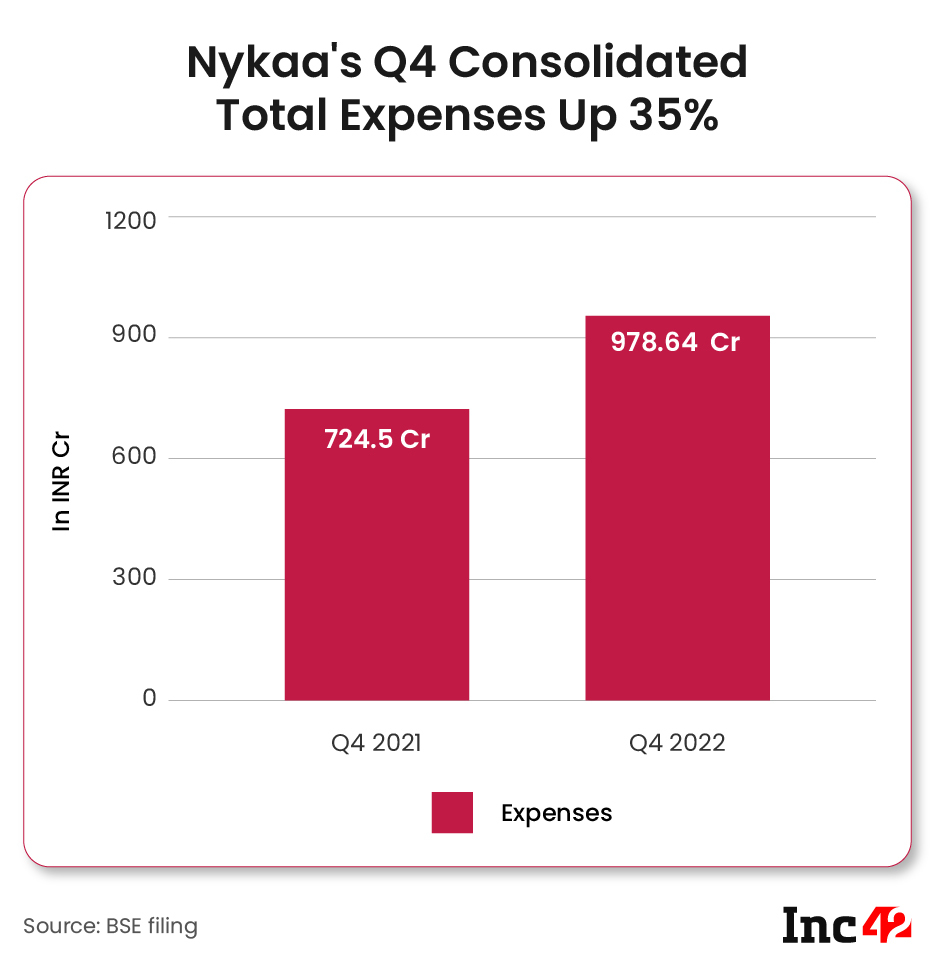 “The year has witnessed a challenging macroeconomic environment, pronounced for discretionary categories like beauty, personal care and fashion,” Falguni Nayar, executive chairperson, managing director, and CEO, said in a statement.

Nykaa’s shares closed about 1% lower at INR 1351.45 at the NSE on Friday. The startup declared the results after market hours. 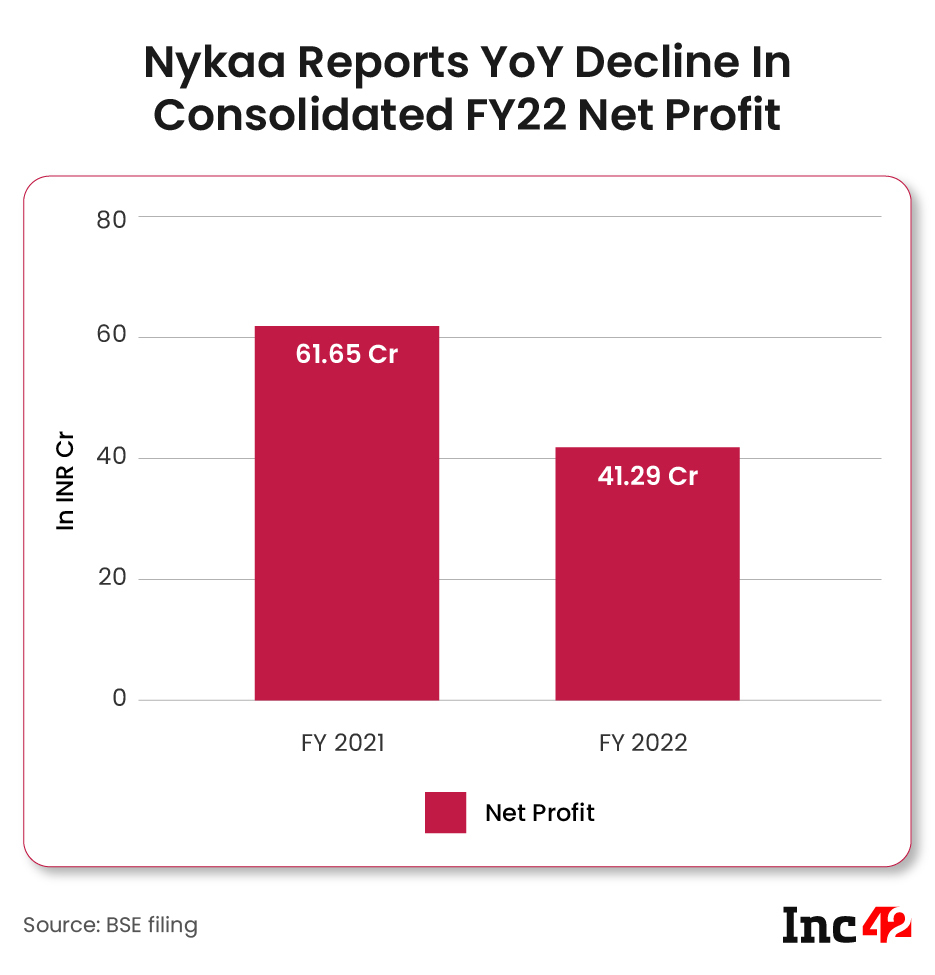 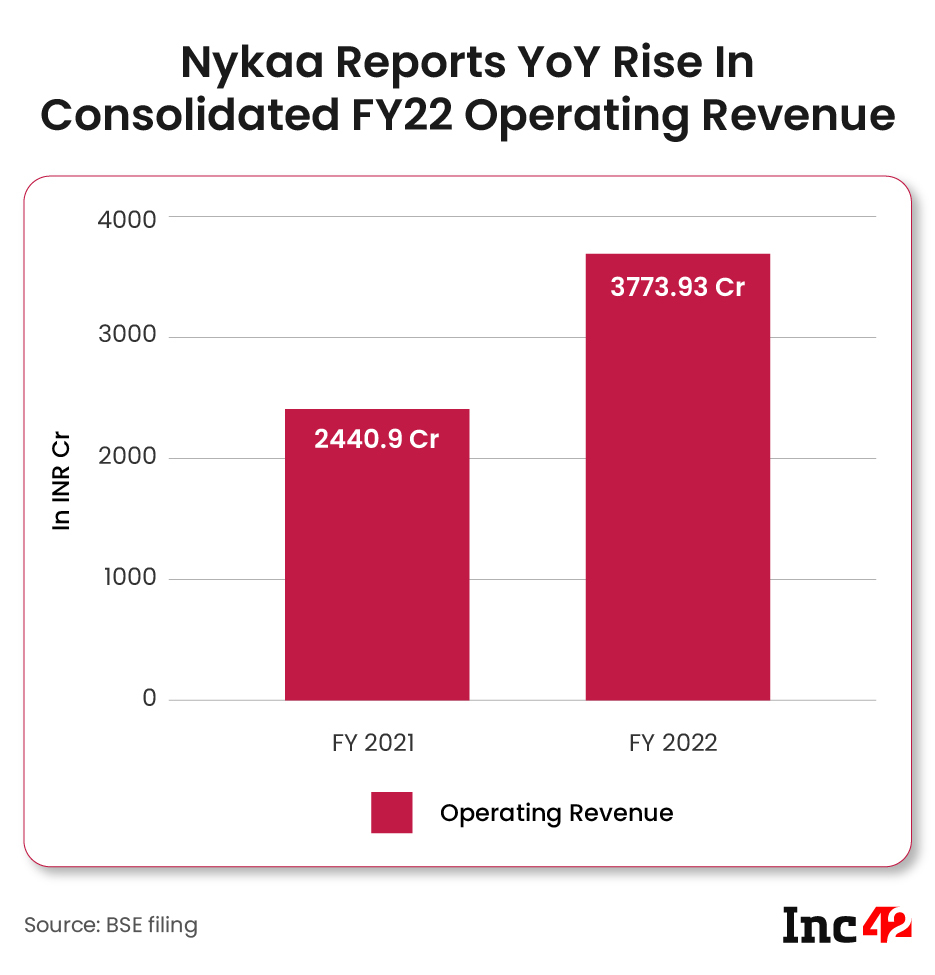 Even in its previous quarter, the startup’s PAT dropped 58% to INR 29 Cr.

“We acquired over 6 million new customers across beauty and fashion, and witnessed superior customer retention, with improved metrics across the funnel – from visits to conversions,” Nayar said.

Nayar founded Nykaa in 2012 and the startup has become the go-to ecommerce platform for fashion products. Some of the most prominent competitors of Nykaa include the likes of Amazon, Flipkart, Myntra, Purplle and Big Basket. Nykaa got listed in the BSE in October last year.

The ecommerce startup entered the unicorn club in 2020 after raising INR 100 Cr ($13 Mn) from Steadview capital at a valuation of $1.2 Bn.

The startup has been on an acquisition spree to expand its product portfolio. It recently acquired 18.5% stake in Gurugram-based skincare and haircare brand Earth Rhythm, while it also acquired women’s clothing brand KICA to expand its activewear portfolio.

Nykaa had also announced the acquisition of a 60% stake in Nudge Wellness for INR 3.6 Cr.  In October last year, it acquired a Kolkata-based skincare brand Dot & Key.