Nykaa has denied allegations saying that they are unsubstantiated

Earlier this year, OYO had been accused for “toxic work culture” 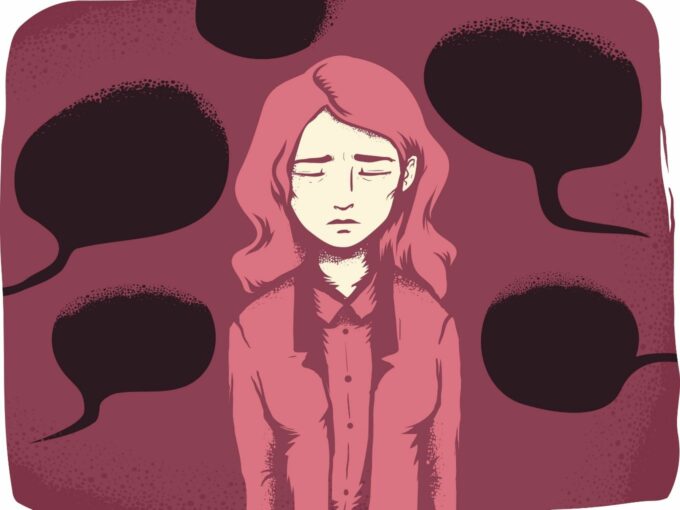 A chief experience officer (CXO) at the Mumbai-based fashion and beauty ecommerce platform Nykaa has been accused of publicly bullying and verbally harassing employees.

An Instagram page Diet Sabya, which is known for its exposes on plagiarism and other issues of the fashion industry, has shared these accusations against Nykaa’s CXO citing sources. The CXO has also been accused of directing rape jokes at certain employees, making fun of mental health, publically food and body shaming employees, and passing other such comments.

The post has also noted that an unnamed CXO had asked an employee to work from the hospital while a parent was hospitalised, and called an employee’s miscarrage as the god’s way of ‘weaning out the weak’. 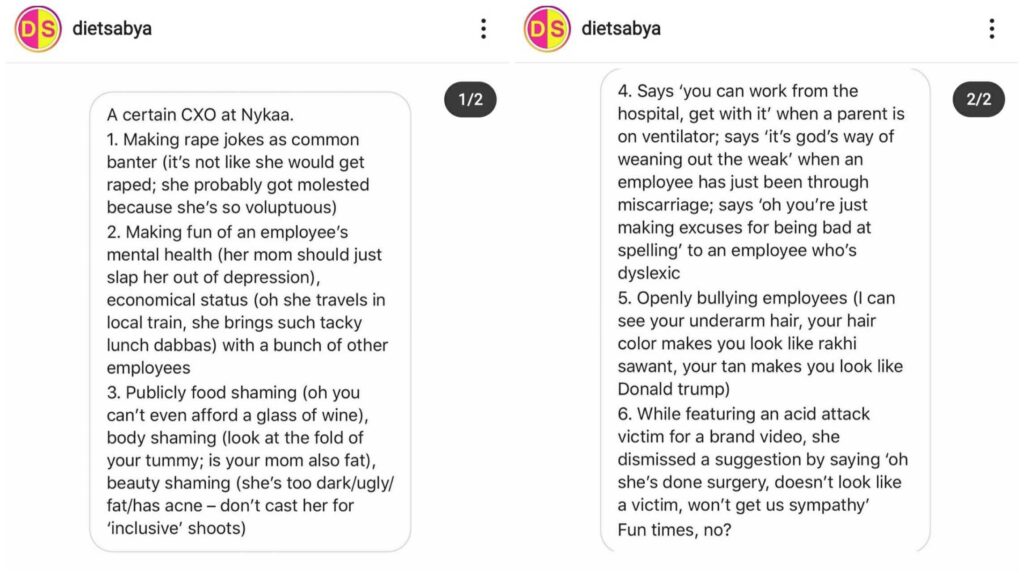 Several former Nykaa employees have also come forward in the comment sections to confirm the toxic work culture in this fashion and beauty company run by Falguni Nayar. Besides this, there have also been certain reviews in Glassdoor highlighting the misbehavior of the unnamed CXO, stating that no one from the management has taken any action against the accused as she had been associated with the company since the beginning. 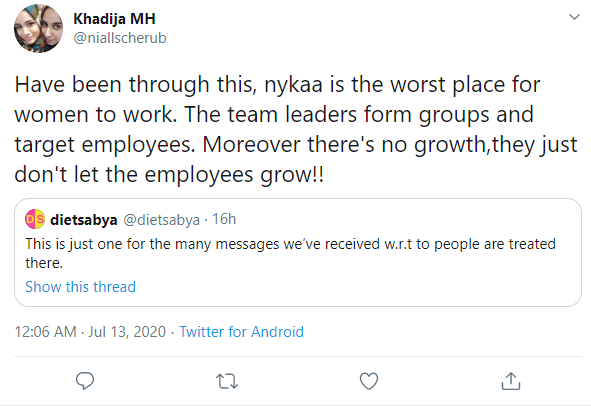 The page also claims that Nykaa makes its female employees double up as models for its website, even though it’s not a part of their mandate. Additionally, these employees are not being paid extra for it. The development was first reported by OfficeChai. 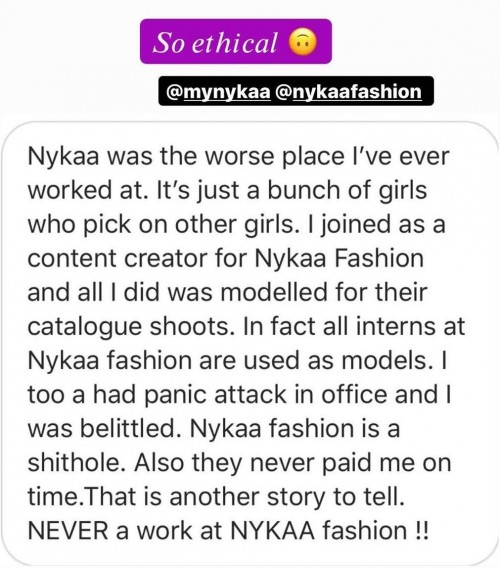 “We have a zero-tolerance policy against any racism, body shaming or any comments that cause humiliation or offence. Nykaa has an internal redressal mechanism to address such cases. The comments are unsubstantiated,” a Nykaa’s spokesperson told Inc42.

In response to the post by Diet Sabya, Nykaa had also added that the source can contact the company through [email protected]. However, it has been alleged that the email id did not exist before the issue came to light.

According to a source, while the company used a brand video featuring an acid attack victim, the unnamed CXO had dismissed one suggestion as the victim had facial reconstruction surgery and would not garner much “sympathy” for the brand’s ad campaign. The inclusive beauty brand was founded in 2012 and currently operates through both an online marketplace and physical beauty store. The company has over 70 stores and plans to include another 40.

Earlier this year, hotel and hospitality OYO had also come under social media fire for its toxic work culture after a report by the New York Times had come to light. An employee reportedly alleged that employees were under so much pressure to add new rooms that they brought hotels online that lacked air-conditioning, water heaters or electricity. At the same time, several other hoteliers, former and current employees have reportedly alleged that OYO offers rooms from unavailable hotels, etc.