NRAI has requested for unemployment pay support for low-end employees 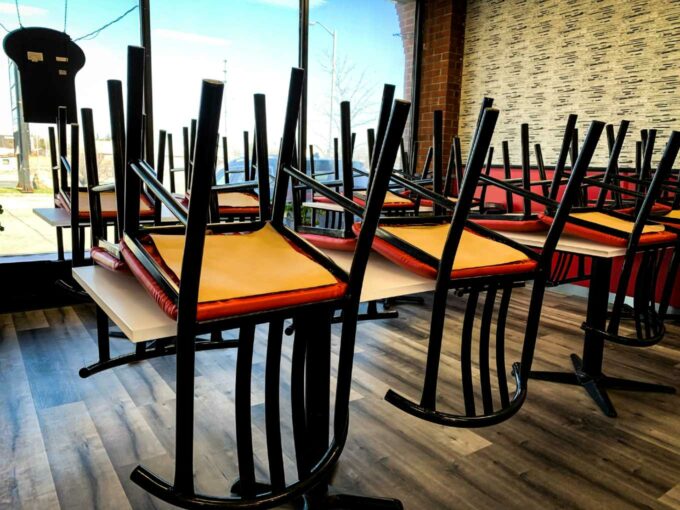 The National Restaurant Association of India (NRAI) met finance minister Nirmala Sitharaman on Thursday (May 21) to seek a relief package for the restaurant industry. NRAI has also proposed to regulate and cap platform-led discount and commission by food aggregators, terming them as ecommerce players.

During the meeting attended by secretary-economic affairs Tarun Bajaj, revenue secretary Ajay Bhushan Pandey and the NRAI delegation of Anurag Katriar (president), Riyaaz Amlani and Rahul Singh (both trustees) and Anjan Chatterjee (restaurateur), the association requested for clarification to bring ecommerce players under the ambit of Press Note-2 of the commerce ministry of December 2018. The Press Note-2 had put restrictions on the inventory model of ecommerce with regards to foreign-funded ecommerce companies like Flipkart and Amazon, which had caused disruption.

NRAI has also proposed to regulate and cap platform-led discount and commission by these ecommerce players. It has also sought unemployment pay support for lower-end employees through Employees’ State Insurance corporation corpus.

“Out of approximately 3.20 crores beneficiaries of the ESIC scheme, over 50 Lakh belong to the hospitality sector,” the association said.

It also sought for urgent working capital support at the lowest possible interest with a six-month moratorium for the restaurant industry. It also requested an option for restaurants to avail Input Tax Credit (ITC) on GST and have dual rates, currently 5% for those not availing ITC and 12% for those availing ITC. They also proposed expedited refund for all pending tax claims at the earliest.

Anurag Katriar, president of NRAI said, “We conveyed that we are fighting a grim battle for our existence and we will need urgent policy and liquidity support from the government to survive this phase. We informed them that if we fail to do so, it may lead to massive job losses in the sector.”

Katriar also said that the minister agreed for another meeting at a later date. This comes after NRAI said it is working on a delivery and restaurant aggregator platform, which could launch with as many as 6 lakh restaurants and hotels.

NRAI clarified that the platform would offer food delivery services in a transparent manner, share data about customers with concerned restaurants and also allow restaurants to lower delivery costs and manage their expenses. The move is significant as food aggregators faced massive protests all through 2019 from restaurant partners, backed by NRAI and other such restaurant associations.

The logout campaign against food aggregators forced many to change their discounting policies last year. The campaigns were majorly pointed at Zomato and Swiggy, which are currently the biggest delivery players in the foodtech industry.

However, amid this, the bigger concern has come down to the fact that while lockdown days may seem numbered, the ripple effects of the pandemic will last for years. The restaurant and food industry must go back to the drawing board and rewrite the rules of their business as Covid-19 disrupts consumers behaviour and the food industry itself.

In the Inc42 Show, POSist’s Ashish Tulsian said that among their customers, revenue has been down by 96.5%. “The total revenue which restaurants were doing in our universe is down at an aggregate level by 96.5%. The 3.5% revenue, which is coming out from 9% customers which are open for delivery in our universe, so, 91% customers are shut down, for any kind of business,” he added.

Dineout cofounder and CEO Ankit Mehrotra said that never before has the entire restaurant industry been shut throughout the world. He added that numbers are down massively across the board, in a lot of cases by up to 90% to 95%.