Not Just Zomato & Swiggy But Ola, Uber Services To Be Affected Under New GST Recommendations Too

Not Just Zomato & Swiggy But Ola, Uber Services To Be Affected Under New GST Recommendations Too

Not just restaurant aggregators, but e-commerce operators that are transporting passengers through motor vehicles, are being made liable to pay tax by the Goods and Services Tax (GST) council from January 1, 2022

“Ecommerce operators are being made liable to pay tax on following services provided through them: transport of passengers, by any type of motor vehicles through it,” says the GST Council after its recent meeting

Unlike food prices on Zomato and Swiggy, Ola and Uber services may become costly under the new GST recommendations 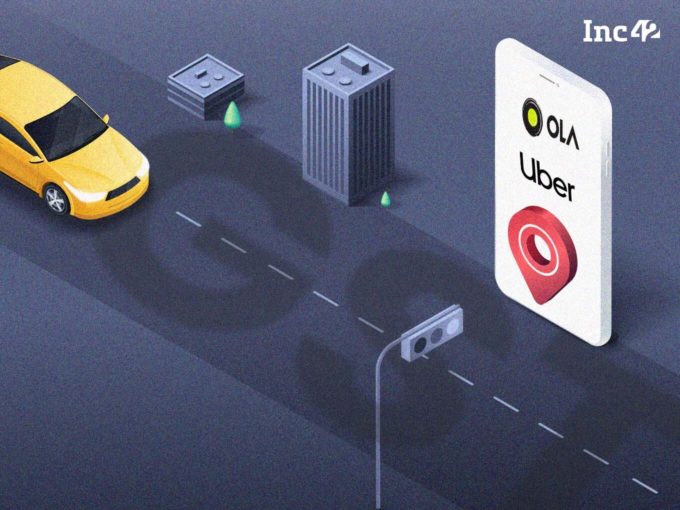 The Goods and Services Tax (GST) council, in its 45th meeting recently, underlined that food aggregator apps such as Zomato and Swiggy will collect the tax at the final point of delivery and will pay GST on restaurant services. This implies that Zomato, Swiggy and other food aggregators will be liable to pay the 5% GST rate, collected from the customers, from January 1, 2022.

In the same line, the meeting minutes also stated that “ecommerce operators are being made liable to pay tax on following services provided through them: transport of passengers, by any type of motor vehicles through it” from the same deadline of January 1, 2022. Ecommerce services that provide transport of passengers inherently mean ride-hailing services such as Ola, Uber, TaxiForSure, inDriver, Zoomcar and Vogo, among others.

How do Ola, Uber Charge GST?

For more clarity on the subject matter, Inc42 spoke to GST expert CA Nihalchand Jain, who (without naming Ola, Uber) said, “Typically, in an operator setup, there are two kinds of invoices that the customer receives, one being that on the driver’s fees and the other convenience charge. The former is the amount payable by the customer to the driver. The convenience charge is the amount that the operator charges [here, Ola, Uber] to the customer as ‘service charge’.”

“At present, people working in the industry are aware that the GST is being charged only on the convenience fees levied by the Operator and not on the total value,” he informed.

For example, if the operator shows a fare of INR 1,036 to the customer, a probable break-up of it can be as under:

In the current scenario, ride-hailing services have two more options — payment of 5% GST on the entire sum of the ride including driver-partner fee, without claiming input tax credit (ITC) or they can claim ITC by paying 12% GST on the total of the bill.

In simpler terms, if A pays a GST amount of INR 10 to B, and B pays GST of INR 7 to C, B can claim a tax credit (ITC) of INR 7 (since C would eventually be paying it to the government). Thus, B will only pay INR 3 to the government.

The issue would be more clearer when the government releases detailed circulars/notifications/law amendments in the coming days. “Prima facie, if the notifications or the circulars do not provide us with clarity on it, riding cabs through the operator may become dearer to the end customer or become less lucrative for the driving partner,” Jain noted.