The Government Will Publish Guidelines On Artificial Intelligence And The Usage Of Public Data, Says NITI Aayog CEO Amitabh Kant 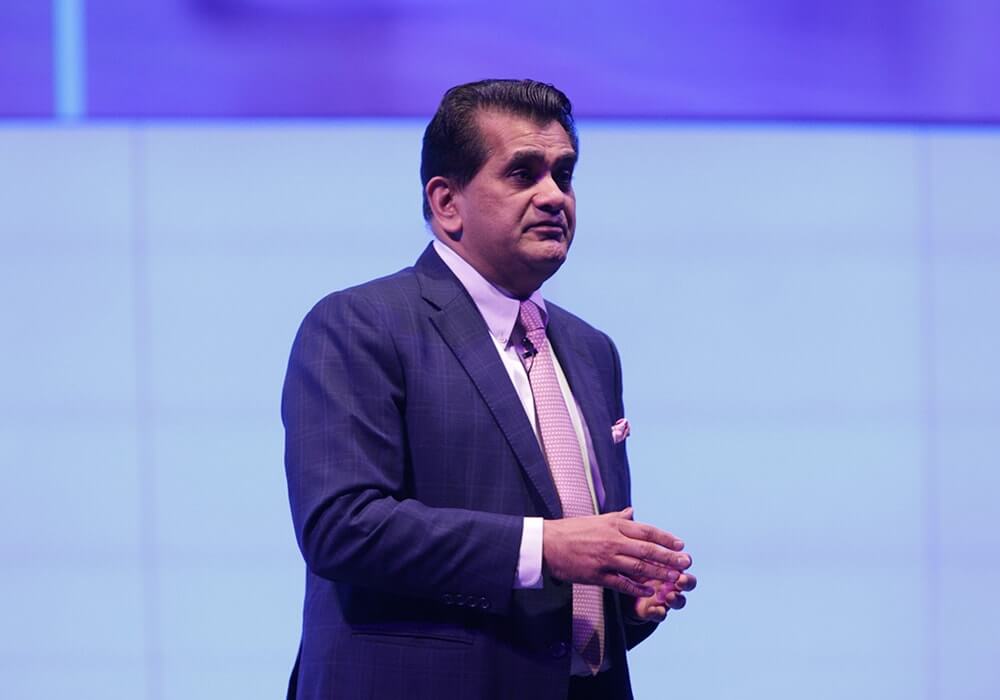 Asserting that government departments generally hesitate to share such data, Kant said that “this restricts the scope of technological research.” He added, “Hence, we are trying to change that with the help of this portal. Startups can then leverage this data with the use of artificial intelligence to address India-specific issues.”

According to Kant, the government will publish guidelines on artificial intelligence and on the usage of the public data by private institutions. The portal is expected to go live in the next six months.

Kant was speaking at a conclave on artificial intelligence organised by Bennett University as part of leadingIndia.ai — a collaborative initiative by 100-odd institutions to promote research in the field of AI. The aim to collaborate with leadingindia.ai is to speed up the adoption of AI in the governance of respective states.

The initiative is supported by NVIDIA, Amazon, edX, Newton-Bhabha Fund, the Royal Academy of Engineering UK, Brunel University and University College, London. The conclave saw the participation of over 30 AI startup founders interacting with the academia, government, industry and investors.

On the initiative, Kant said, “leadingIndia.ai has the potential to change the landscape of AI research in India as they bring together startups, industry and academia to work on providing application-inspired ideas.”

According to Amitabh Kant, AI could help increase India’s year-on-year (YoY) growth rate by 1.3% and that the government was already working with organisations, such as Microsoft and IBM, in that direction. Further, citing a PwC report, he said that artificial intelligence would drive global GDP gains of $15.7 Tn by 2030, which is even more revolutionary than the advent of the Internet.

In the most recent development, NITI Aayog joined hands with tech giant Google to provide AI-based skill training to Indian startups. The two parties have signed a statement of intent (SoI) to train and incubate Indian startups specialising in AI-based technology.

The think tank has been entrusted to set up a national programme in technologies such as AI. While announcing India’s Union Budget 2018-19, the then finance minister Arun Jaitley had said that the national programme will focus on R&D in technologies such as machine learning, artificial intelligence, and other technologies of the future. The government has allocated over $480 Mn under the Digital India initiative in the Union Budget 2018 for this programme, opening doors of opportunities for the AI startups in the Indian ecosystem.