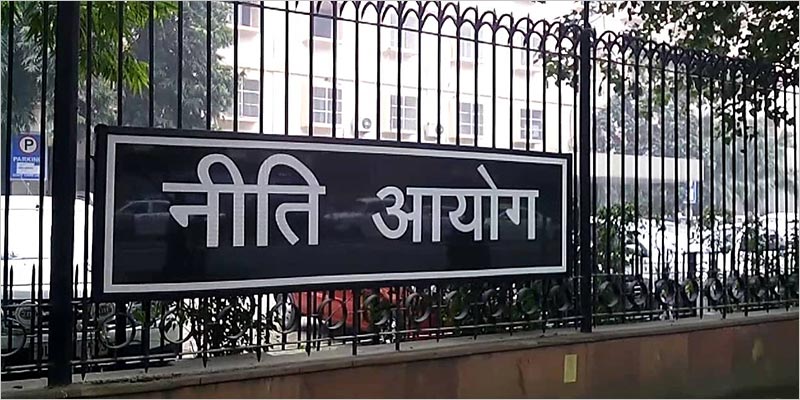 NITI Aayog, the government’s premier policy-making body, is exploring the use of blockchain and AI technologies in areas such as education, health, and agriculture. Having completed three years since its formation, the NITI Aayog is now working towards the adoption of AI and Blockchain in the areas of governance as it believes that such technologies will result in significant benefits if deployed in these areas among others.

In a note highlighting its achievements in the last three years, NITI Aayog said it “is working on a strategy paper for blockchain in India which will outline use cases as well as map out the schemes of Government of India that stand to benefit from the utilisation of the technology.”

A senior official at the Aayog, who did not wish to be identified, stated, “It is like a distributed ledger. Suppose, you have made 50000 photocopies of a book and you make some change in the original book, then the blockchain technique allows you to replicate the change in all the copies by changing just the original book. We are still exploring and believe this technology can have potentially beneficial uses in the areas of education, health, social sector etc.”

NITI Aayog And The Increasing Use Of Blockchain In Governance

While blockchain technology was originally used to create cryptocurrencies such Bitcoin, it is now being expanded for being used in other fields. Although the government’s stand on Bitcoin still remains the same that it is not legal, blockchain is currently being employed by governments in other fields.

Along these lines, NITI Aayog had also conducted an international hackathon at IIT Delhi in November last year on blockchain in which working prototypes were solicited from premier international and national institutes on social applications of blockchain. The objective of the event was to explore how blockchain architectures can enable a new digital infrastructure for India, improving efficiency, transparency, privacy, and cost across all sectors.

In this regard, partner organisations from private sector as well as state/UT governments are being identified to implement proof-of-concepts utilising blockchain technology in different sectors. The Aayog is also working on a platform called ‘IndiaChain’, which will be a shared, India-specific Blockchain infrastructure for India leveraging the Jan-Dhan-Yojana, Aadhaar, and mobile trinity and enable Blockchain developers to build social applications.

Meanwhile on the AI front, the Aayog said it is also leading the initiative of making India a leader in the global space on the Artificial Intelligence (AI) research with focus on adopting AI to address problems faced in developing countries. In this direction, the Aayog held two international scale hackathons on AI and organized a national case study competition on use of AI in the field of Agritech.

The think tank also revealed that it is at an advanced stage of developing a National Data and Analytics Portal. Apart from being a single point source of sectoral data for researchers, policymakers and citizens, this portal will enable training dataset sharing between different organisations for AI applications.

Recently SEBI Chairman Ajay Tyagi had also stated that Blockchain should not be lumped with cryptocurrency, which tends to be unstable with some even terming its increasing popularity as a “bubble”. Blockchain, on the other hand, is a useful technology that should be encouraged by the government, added Tyagi.

Meanwhile blockchain has also found takers in the state governments. As per reports, several state governments, including Karnataka, Gujarat, and Maharashtra, have started evaluating the technology for purposes of e-governance. With NITI Aayog putting its weight behind cutting edge technologies like AI and Blockchain, the face of governance in India surely looks set for a transformation.

[The development was reported by The Indian Express]