It plans to sell another million in the next few years

The company showcased its concept Futuro-e, an electric SUV 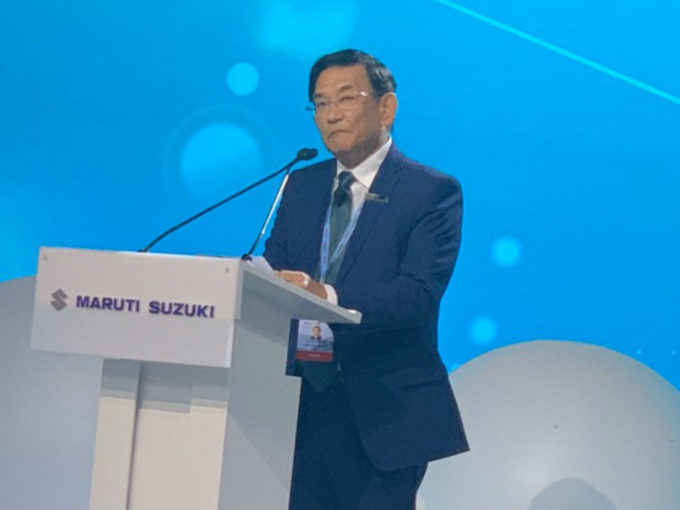 Kicking off the Auto Expo today (February 5) in Greater Noida, Maruti Suzuki India (MSI) revealed its plans to manufacture and sell a million “green vehicles” in the next couple of years as it accelerates its eco-friendly mobility drive.

Addressing the audience, Maruti Suzuki India MD and CEO Kenichi Ayukawa said that the company has already sold a million green cars, comprising CNG and smart hybrids in the last decade. Now, it plans to sell another million in the next few years which would include a range of technologies and power trains such as CNGs, smart hybrids, strong hybrids and electric vehicles.

The company showcased its concept Futuro-e, an electric SUV, saying, “Our theme at the Auto Expo 2020 – Mission Green Million – explains our commitment towards bringing affordable and sustainable green technologies for India. We aim to manufacture and sell the next million green vehicles at a much faster pace, over the next couple of years.”

The company said it is banking on customers to accept and upgrade to new technology including the electrified powertrain. He added that mass acceptance will give original equipment manufacturers (OEMs) desired volumes to bring in localisation benefits to customers.

Bhargavahad said that India’s infrastructure will have to improve significantly. These improvements and changes need to be aimed at building roads, charging infrastructure and transmission of power to handle emobility in India.

Prior to this, the senior executive director (engineering) of Maruti Suzuki India, CV Raman, said that the cost of EV in India and the lack of charging system is going to be a hindrance when it comes to adoption of EVs in the country.

Raman had said, “It is going to be difficult to make a good value proposition immediately unless the cost comes down substantially.”

He gave the example of Wagon R electric, which costs more than the fuel run version of it. Even though Maruti Suzuki was adamant to launch Wagon R electric by September 2020, the company changed its stand in October 2019. The company has now pushed the launch of the EV to 2021.

The company had said that electric vehicle technology needs a little more time before coming out as a feasible option for the customers. It stated that the lack of charging infrastructures makes EVs impractical for long distances.

In a similar sentiment, Ayukawa has now said that the new decade will be marked with new trends in the automobile sector with customers seeking unique mobility solutions, futuristic innovations, eco-friendly technologies and feature-rich products. “Coming times will see the industry elevated in terms of technology, design maturity and much more. Volumes will grow manifold,” Ayukawa said.