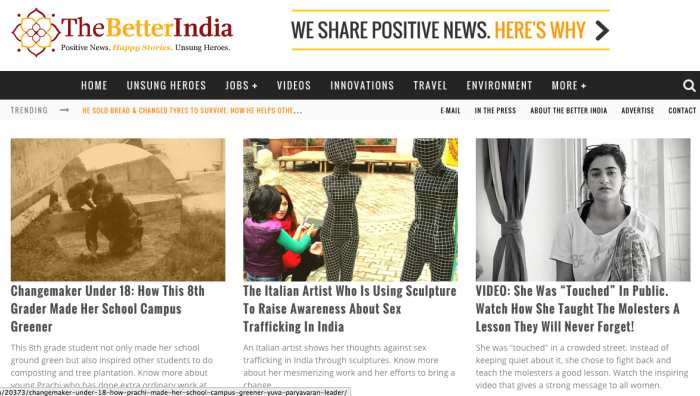 TheBetterIndia, a Bangalore-based website has announced an investment of INR 1 Cr from Intellecap Impact Investment Network (I3N or I-cube-N). Raveen Sastry, founder of NudgeSpot and a co-founder of fashion and lifestyle portal Myntra also participated in this round of funding.

Commenting on the investment decision, Sastry said, “Today, The Better India has more than 100 writers contributing from all over India, a highly engaged community on Facebook and Twitter. The company is disrupting news reading behaviour, and very smartly leveraging media and technology to monetize this in different ways.”

Speaking on the future growth prospects of the company, Dhimant said,”“We are seeing excellent traction for our content from readers across India, US, UK, Singapore and the Middle East. We are quickly scaling up traffic, plan to raise our next round of funding in 12 months, and look forward to creating a long-term strategic partnership with a large media or publishing house.”