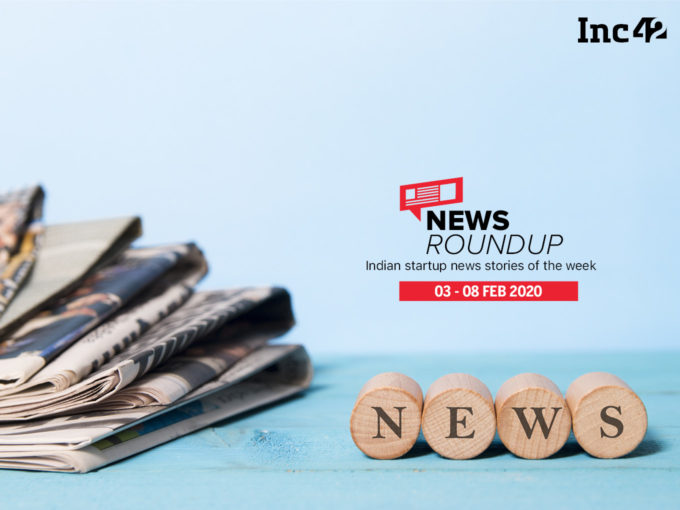 The week after union budget 2020 saw several steps being taken to fulfil the announcements made by the finance minister Nirmala Sitharaman. To begin with,  the Department for Promotion of Industry and Internal Trade (DPIIT)  picked up the task to churn out the guidelines on the National Seed Fund.

DPIIT secretary Guruprasad Mohapatra said that the department will work on a National Seed Fund policy and the creation of the fund. “So now we will move a Cabinet note and create a fund and guidelines in this regard,” Mohapatra said.

Further, the announcement of deferment on tax on employee stock option plan (ESOP) was widely appreciated but the benefit is being asked to be extended beyond the ventures launched after 2016 and recognised by the Inter-Ministerial Board (IMB), which restricts the scheme to 200-250 startups.

The tax relaxation will be available for 5 years or till the time the employees leave the company or sell their shares, whichever is earliest. The startups reportedly want the scheme to include all startups recognised by the CPIIT. This is expected to be supported by DPIIT and the Ministry of Electronics and IT (MeitY) who may persuade the finance ministry to extend the beneficial clause to all startups.

Beyond the budget 2020, here are the highlights of this week in the Indian startup ecosystem:

Most Important News Of The Week

After the union budget bringing in startups-focused benefits, the Karnataka state government is planning more benefits for the state’s startup ecosystem. The state deputy CM CN Ashwath Narayan, who is also the Information Technology and Biotechnology and Science and Technology Minister, has sought INR 150 Cr over a three-year period, beginning with INR 35 Cr in FY2020-21.

The debt fund would be in addition to the government’s existing schemes under which startups are provided seed funding and venture capital support. Overall, the CM has shown interest in hiking the outlay for the IT/BT department, for which deputy CM has sought to triple the outlay from INR 120 Cr.

Further, the Indian government may announce the revised information technology (IT) intermediary guidelines within two weeks. Prior to the notification, MeitY shall, however, seek the law ministry’s views on the validity of the provisions in the draft document.

The proposed draft amendments to the rules regulating social media and internet companies under Section 79 of the IT Act in 2018, also known as intermediary guidelines, focus on making social media companies more accountable for content on their platforms. The draft had proposed that intermediaries should deploy technology-based automated tools for proactively identifying and removing or disabling public access to unlawful information or content.

Also this week, the performance of UPI came in for the month of January 2020. The National Payments Corporation of India’s (NPCI) data showed that in January, UPI recorded 1.31 Bn transactions, similar to the number of transactions of December 2019.

This can be seen as an improvement as UPI recorded a decline in average transaction value from September 2019 and is now looking to match up the average ticket value then.

After a month of making the headlines for “toxic culture”, mass layoffs, and slowdown in business, OYO founder and chief executive Ritesh Agarwal has said that OYO is going through its most important phase as it looks to supplement its strong business plans with an uncompromising commitment to building an employee-first culture, with significant investment in continually improving its governance framework.

Beginning with the layoffs, which have impacted nearly 3K of the total 12K employees of the company, Agarwal said that recent efforts at rightsizing the organization have been a significant chapter in the company’s evolution. The CEO also emphasised on the corporate governance part, talking about multiple appointments the company has made to improve this aspect.

OYO chief said that the India business signed up 800-1200 rooms per day in January 2020 in the franchise business while gaining relative speed.

Zomato is now allowing restaurants operating in its cloud kitchen facilities to end their exclusivity rights with the platform. Once the deal is through, the restaurants will be allowed to list themselves on other online food delivery platforms like Swiggy and other apps that service smaller towns or localities.

It is being done because Zomato was unable to push order demands for listed restaurants, which affected its infrastructure business.

This week, Paytm launched an All-In-One payments system along with an SDK for third-party integration. The All-In-One system includes point-of-sale touchscreen machines, payment gateway switches and a QR code that works across UPI through Paytm or other apps, RuPay cards and Paytm wallet and Paytm Payments Bank accounts.

The Paytm All-In-One PoS enables payments from the Paytm wallet, debit and credit cards and all UPI apps. This also includes EMI payments for large purchases.

Ola Closer To Entry In The London Market

In yet another addition to its international presence, ride-hailing unicorn Ola is now looking to launch in London on February 10. The company said that the platform will be fully operational from day one, with over 20K drivers having registered on the platform since it began onboarding a month ago.

The company also announced three safety features for its expansion— Ola’s safety feature Guardian, OTP-based start ride, and drivers will not be permitted to drive on the Ola platform if they carry more than six penalty points on their driving license.

The Reserve Bank of India (RBI) has introduced a scoring system, called the Digital Payments Index (DPI), to review digitisation of payments effectively. The periodic scores will assess the performance of the digital payments industry. The review will be based on important operating parameters such as rural penetration and innovation in existing modes and channels. The DPI will be made available in the public domain from July 2020.

The scoring system is expected to allow consumers and stakeholders to analyse local area developments in infrastructure, access, demographic and acceptance related growth with reference to broader domestic and global standards in digital payments.

This decision came after RBI urged the mobile wallet companies, like Paytm, PhonePe and AmazonPe, to comply with ‘full KYC’ on or before February 29, 2020.

After two years of to and fro with the government to launch its payments service in India, WhatsApp has finally received government nod. The NPCI has approved the roll-out of WhatsApp Payments in a phased manner.

NPCI’s payments comes a few days after the Reserve Bank of India’s go-ahead. As far as the phased launch is concerned, WhatsApp Payments will be able to offer its services to only 10 Mn Indian users initially. But the platform will be allowed a full roll-out, once it clears other pending compliance points.

Flipkart Weighs Down On Myntra By Shutting Down Jabong

In a bid to sharpen its focus on its online fashion vertical Myntra, ecommerce giant Flipkart has reportedly shut down Jabong, with users being redirected to Myntra’s shopping window from the Jabong app and website.

Myntra and Jabong had already been integrating their key business functions and streamlining the process ever since Jabong’s acquisition. The companies planned to integrate all the remaining functions as well, which included technology, marketing, category, revenue, finance and creative teams.

The recent development comes after a report in June 2019 that Flipkart is cutting down on Jabong’s marketing spending and was also redirecting users to Myntra with more attractive incentives.

Amazon, Flipkart Unhappy With TDS While Under FDI Scanner

The Indian government’s proposal of levying 1% TDS (tax deducted at source) on ecommerce transactions in the Union Budget 2020 has not gone down too well with ecommerce giants Amazon India and Flipkart. The budget proposed to insert a new section 194-O to provide a new levy of TDS at the rate of 1%.

The amendments, which will be effective from April 1, 2020, require the ecommerce operator to deduct 1% TDS on the gross amount of sales or service or both.

Seeking further clarification on the same, the ecommerce platforms are considering meetings with the government and other stakeholders. The proposal is being seen as an increased burden for sellers on online marketplaces.

The minister further noted that the current norms in the foreign direct investment (FDI) policy maintain that ecommerce companies operating marketplace model cannot sell any product or service by themselves.

According to the norms, these platforms can only list the product or services sold by other retailers or service providers. Additionally, these companies can’t control the pricing of any goods and services sold on the platform, Goyal added.

Tata Group’s ecommerce marketplace Tata CLiQ has now changed its focus towards the seller-led inventory model to survive the increasingly competitive ecommerce industry. Under the new model, the company may get higher sales and faster growth as a seller will now hold inventory whereby it can directly control price, supplies, delivery and offer discounts to consumers.

Tata CLiQ has reportedly already started trials of direct sales with television and home appliances of top brands like Xiaomi and Voltas and will expand into other high value and fast-moving categories like smartphones to gain volume.

Specifying the types of phishing scams, the report concluded that almost 27% of all the phishing attacks were through emails, whereas 48% were conducted through the web.

In a privacy blog update, Twitter said that it has fixed a data breach that was using a large network of fake accounts to exploit its API and match usernames to phone numbers.  The company in its investigation discovered additional accounts that it believes may have been exploiting this same API endpoint beyond its intended use case.

The company said it is also possible that some of these IP addresses may have ties to state-sponsored actors. It said that when used as intended, this endpoint makes it easier for new account holders to find people they may already know on Twitter.

To tackle the menace of fabrication of media on the platform, Twitter said that it will apply a label ‘manipulated media’ to the tweet, which has an altered media attached to it. This label will be displayed as a warning to users before they retweet or like the tweet.

Twitter further said that it will also reduce the visibility of any such tweet on the platform. In some cases, the company might also prevent the tweet from being getting recommended on users’ feed.

Hotstar Will Bring Disney+ To India On March 29

Hotstar will be bringing Disney’s premium product to India on March 29. Disney, in an earnings call with analysts, said that Disney+ will be launched bundled with Hotstar as “Disney plus Hotstar”. Robert A. Iger, chairman and CEO, Disney said that the company will be rebranding its existing Hotstar VIP and Premium subscription tiers to Disney plus Hotstar.

The company didn’t give details of the price for the product but said that there’ll be two primary products brought into India. “One will be more premium in nature that will include the entire library of original programming and the other one will be more basic that will have the library and not the original programming priced for the market and launched at a very peak period of time for the IPL,” Disney said.