The Confederation of All India Traders (CAIT) has objected to Dream11 winning IPL sponsorship, because of the company being backed by China’s Tencent Holdings 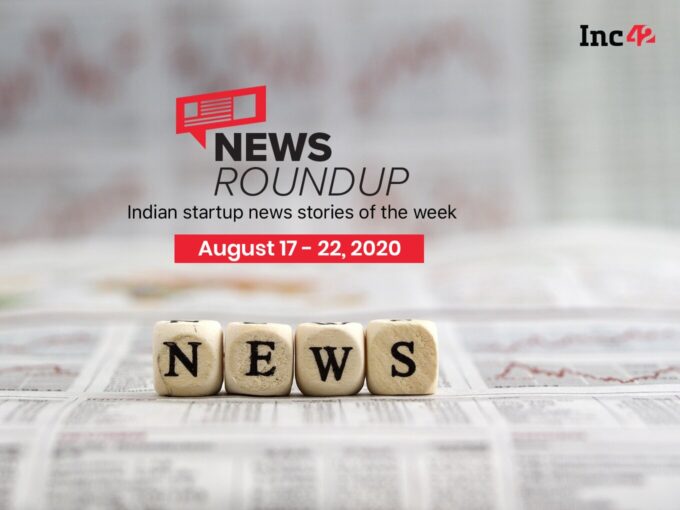 This week, fantasy sports platform Dream11 won the title sponsorship rights for the cash-rich Indian Premier League’s (IPL) 2020 edition. Dream11 has replaced the previous sponsor, Chinese technology company Vivo, which pulled out of the league this year due to growing anti-China sentiment in India after border clashes between the two nations in Ladakh’s Galwan Valley in June.

But does Dream11’s ascension as title sponsor promise less scrutiny into brand IPL? Not quite. The Confederation of All India Traders (CAIT) has been up in arms over Dream11’s Chinese links — it counts Chinese multinational conglomerate Tencent Holdings as one of its backers — and has even written to the BCCI expressing its disapproval. An Inc42 story highlighted the deep-rooted presence of Chinese tech companies in the Indian sports ecosystem, which only serves to highlight why calls for the removal of Indian sponsors with Chinese investment is a lost battle, one which would do more harm than good.

Meanwhile, Dream11 is looking to raise a $235 Mn from four private equity firms, which could bring down Tencent’s share in the company to single digits. The Chinese firm currently has a majority stake, reported to be 10.9% in Dream11. Looks like Dream11 is also wary of attracting further trouble due to its Chinese backers.

In other news, business ledger application Khatabook was found to have plagiarised its recently-launched app ‘Dukaan by Khatabook’. The app seemed to be simple to use for shopkeepers and has earned an average rating of 4.8 on the Play Store. But the big issue here is that there was already an app called Dukaan which has been around since June 2020. Launched by GrowthPond (MyDukaan.io), the app which is also called Dukaan also promises that sellers can launch online stores in under a minute (30 seconds). If the JioMeet-Zoom UI similarities were striking, this takes things to a whole new level. The two companies have since alleged plagiarism on the part of each other, making the case muddier than it seemed at first glance. You can read the full account of events here.

Meanwhile, the sensational revelations made in a Wall Street Journal article titled ‘Facebook’s Hate-Speech Rules Collide With Indian Politics’, triggered a storm in Indian politics. The Congress wrote a letter to Facebook CEO Mark Zuckerberg demanding a high-level inquiry into the matter, while the Delhi legislative assembly summoned Ankhi Das, over posts and contents that allegedly fuelled discontent among citizens during the major riots in Delhi in late February.

On the other hand, there was some reprieve for the Facebook-owned messaging application WhatsApp. India’s antitrust watchdog Competition Commission of India (CCI) scrapped a case claiming that WhatsApp had abused its dominant positions in India to expand in the digital payments market.

Facebook’s recent partner in India, Reliance Industries continues to make the news week after week due to its ambitions in various spheres of business. Now, Reliance’s entry in the epharmacy segment with the acquisition of NetMeds has further heated up the online pharmacy segment, which has witnessed an uptick in users during the Covid-19 pandemic. Just as Reliance formally entered the segment, Medlife and PharmEasya approached the CCI for approval on their merger. Only last week, Amazon launched its online pharmacy service named ‘Amazon Pharmacy’. The online pharmacy will be piloted in Bengaluru first and will be expanded to other cities later. Meanwhile, its rival Flipkart may also enter this domain soon. This will be one segment to watch out for in the near future.

Another of Reliance’s backers for its digital services Jio Platforms, Google, announced that it would be launching an entry-level job search platform called Kormo Jobs in India to target temporary jobs, gig economy workers or any business which has a high workforce requirement.

Google Jobs Spot, which was launched in India last year, will also be rebranded to Kormo Jobs to create a consistent experience for users, the company announced. The global tech giant was also in the news for a global outage of its suite of services, such as Gmail, Docs, Drive and Meet, among others. The Google outage inspired several memes, some of which said that Google had suffered a burnout due to the excessive use of its services amid the pandemic, as more people work from home.

Another US-based global tech giant, Apple, is reported to be planning for ‘Made in India’ iPhone 12 Series, with its contract manufacturer Wistron. The development is a boost for the government’s ‘Make in India’ vision, as it tries to position India as a manufacturing hub for multinational corporations, also as an alternative to China for these companies to move their supply chains here.

As for the funding and acquisitions this week, overall, $85.2 Mn was invested across 20 Indian startups, and two acquisitions took place.


Among movers and shakers, Flipkart’s senior executive Anil Goteti quit the company to follow entrepreneurial ambitions, while Ola Electric’s cofounder Ankit Jain stepped down, among others.

Stay tuned for next week’s edition of News Roundup!