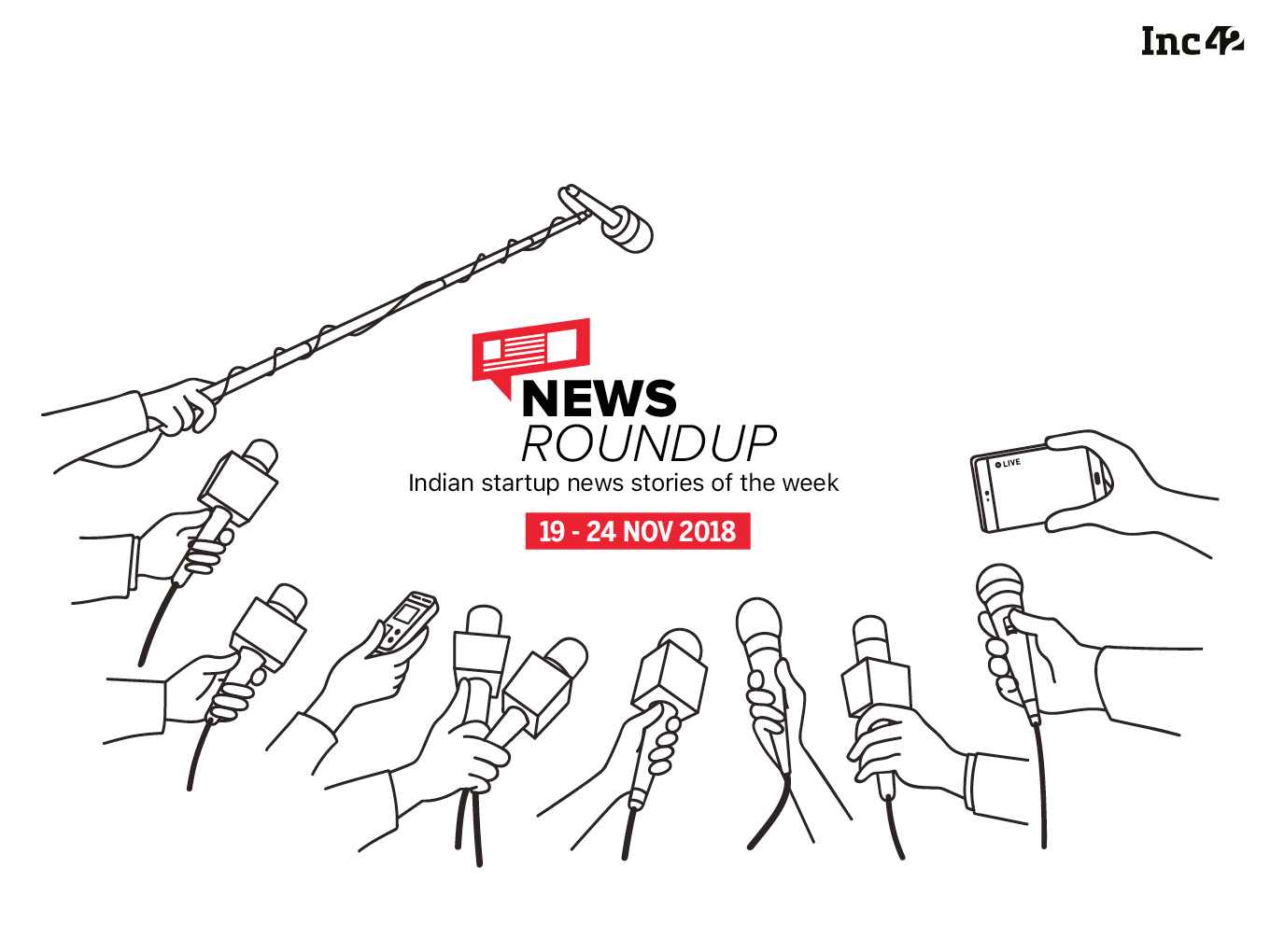 In one of the biggest Indian startup news this week, nearly 140 employees of Bengaluru-based Razorpay took part in the first liquidity event for the company as the Tiger Global, led a secondary deal for Employee Stock Option Plans (ESOPs). Harshil Mathur, CEO and co-founder of Razorpay, said that the company negotiated a secondary deal with the Tiger Global and the transaction was done at a 50% premium to the company’s valuation at its last funding round. All existing and former employees who hold vested stocks will be eligible to sell up to 33% of their vested ESOP shares of the company.

The ministry specifically focussed on companies whose valuations have fallen after the first round of fundraising. These notices had been issued in the past 45 days and the ministry wants to understand whether these startups have sought exemptions under any government scheme. 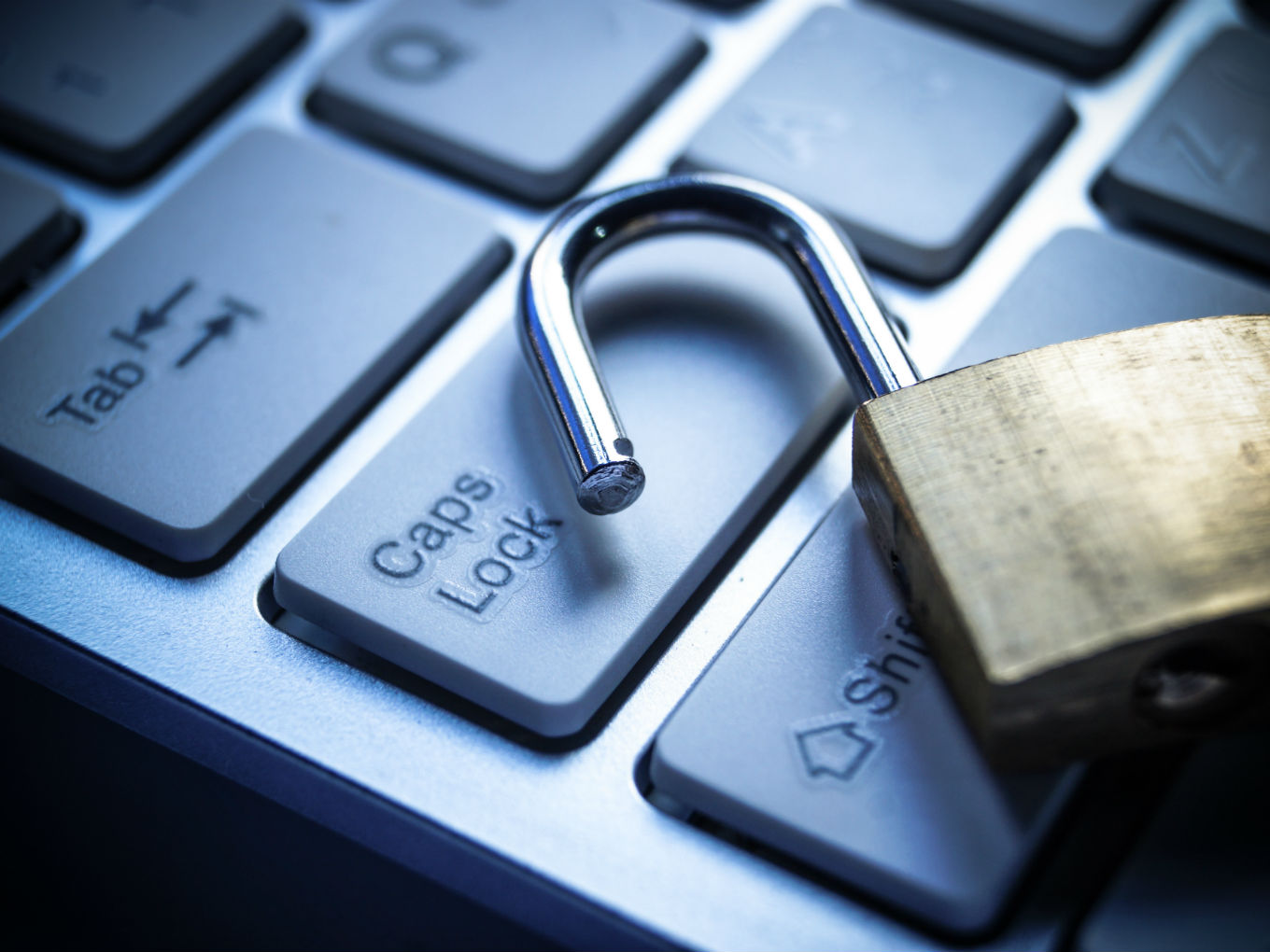 The Ministry of Electronics and Information Technology (MeitY) is working on introducing new rules under the IT Act, after a spate of data breach incidents reported by Google and Facebook which had affected Indian users. The government believes that most of the companies do not actively follow the law and also delay their response when letters are sent to them seeking information.

In an online submission to the Ministry of Electronics and Information Technology (MeitY), Bruno Gencarelli, who serves as the head of the International Data Flows and Protection Unit at the European Commission (EC), expressed concern over the provisions in the draft Bill that leave it to the discretion of the central government or the Data Protection Authority (DPA) to decide on key matters rather than dealing with them in the Bill itself, which could create some uncertainties.

Social Media Companies To Have Fortnightly Meetings With Govt

The Ministry of Home Affairs called officials from the social media companies to get an update on their appointment of grievance redressal officers for the country ahead of the general election with a view to keep a check on the spread of misinformation. A Twitter spokesperson told Inc42 that discussions with the ministry over the matter are still going on.

Facebook Says Data Requests From Government On The Rise

The company claimed to have received nearly 16,580 data requests from the government in the January-June period. It also said that it had provided the data in 53% of the cases. Government officials sometimes make requests for data about Facebook users as part of official investigations. The vast majority of these requests relate to criminal cases, such as robberies or kidnappings, Facebook said in its report.

DIPP will put out a draft for the public discussion covering more than 15 issues relevant to the sector after these discussions. However, it will stay clear of the heated discussions on FDI issue so that proposal can be firmed up on other issues.

Under eMudhra’s digital signature system, a customer can authenticate a payment process with a one-time password (OTP). However since the Supreme Court curbed the use of Aadhaar-based eKYC by private companies, this product may result in contempt of court if continued. The e-NACH authentication system is estimated to save banks about 95% of their transaction-related costs. 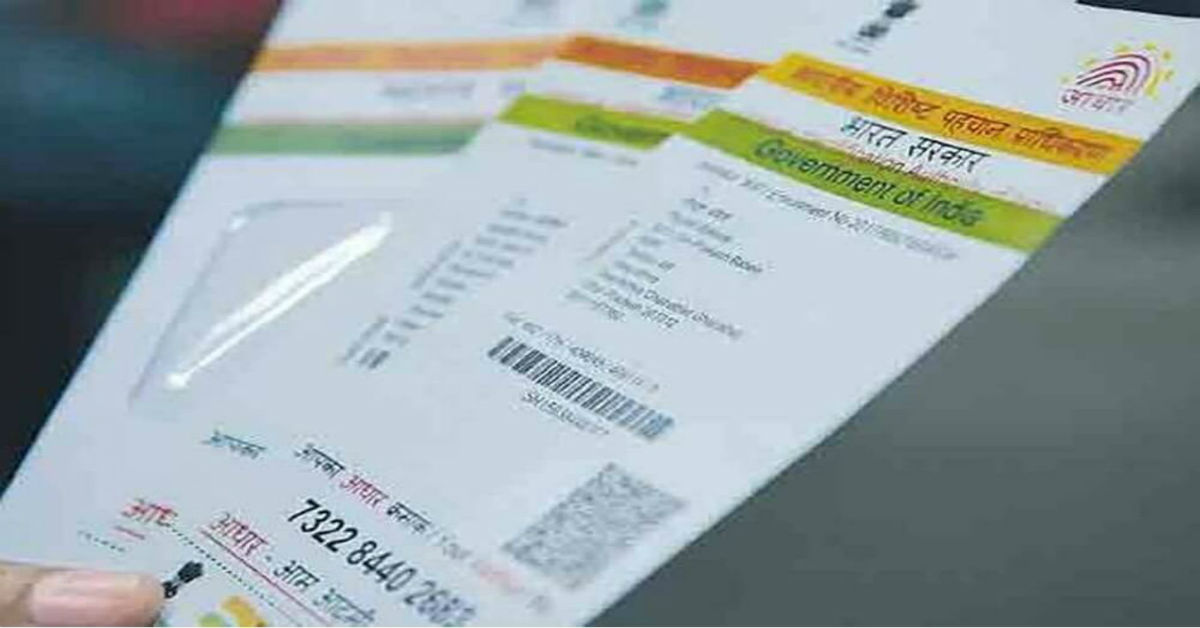 Sonia Dhawan’s lawyer Satish Kumar had appealed in the district court, Gautam Buddha nagar for bail for his client in the Paytm extortion case. The application was filed after the Surajpur district court, Greater Noida (UP) special judge rejected the bail application of Dhawan’s husband, Roopak Jain, on November 14.

Located across 14 states, the all-new Mi Stores have an average size of 300 sq ft. and reflect the signature design of Xiaomi’s Mi home stores. Xioami India plans to open 5000 Mi Stores by the end of 2019 and is looking to generate more than 15,000 jobs. The new Mi Store outlets will serve as Xiaomi’s prime retail stores situated in several towns ranging from tier 3, 4, 5 and below. 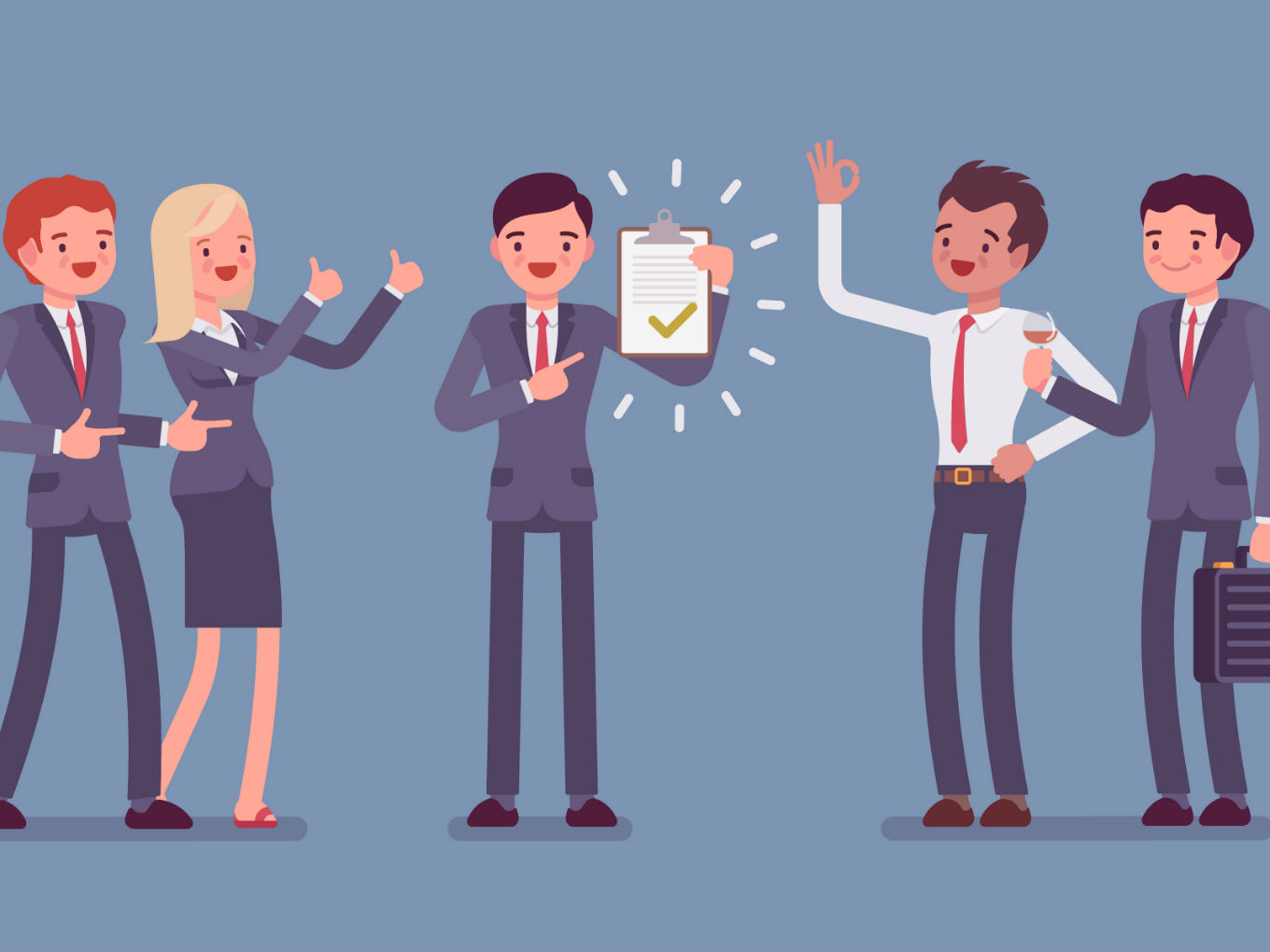 Discounts are considered to be a major driver behind high-volume sales and acquiring customer loyalty. Electronics companies like Sony, Apple, LG, Eureka Forbes, and Dyson have already taken action against Flipkart and Amazon for offering deep discounts during the Navratri and Diwali sales in October and November.

As part of the Grab Ventures Velocity Program, BookMyShow’s offerings will be featured on the Grab homepage feed, enabling users to browse and books services on the Grab app. This will give BookMyShow access to Grab’s customers and deeper access to the Indonesian market as well.

Quikr Looks To Breakeven Next Year

Documenting this change in a report entitled ‘Entertainment Goes Online’, the Boston Consulting Group (BCG) said that over the top (OTT)  content — video content delivered through the internet — is expected to reach a market size of $5 Bn (INR 35,730 Cr) by 2023. Outlining some of the challenges, the BCG said that while there are more than 30 OTT apps in India, over 80% of the users stick to three apps or less, so breaking through the clutter becomes the biggest challenge.

SoftBank’s subsidiary SoftBank Investment Advisers, which invests through the SoftBank Vision Fund has announced its plans to open an office in Mumbai in a bid to strengthen its position in the Indian market. According to the company, the new office will be led by Sumer Juneja who has been appointed as the country head for India recently.

Citiustech Aims To Clock In $500 Mn Revenue In Five Years

Healthtech company Citiustech is looking to more than double its revenue to $ 500 Mn in five years in lieu of growing investments by hospitals, insurance firms and service providers in the US and Europe in harnessing data to improve services. It expects to close this fiscal with revenues of $175-180 Mn, including income from FluidEdge, which it acquired earlier this year.

The Indian Institute of Technology Kharagpur has found a solution that uses artificial intelligence to extract critical information from social media platforms that is difficult to obtain manually. This information can be used to determine the authenticity of posts and also pass on data to aid rescue and relief operations.

Bengaluru-based information technology company Mindtree is investing on artificial intelligence (AI) and software solutions so that it can offer customers new services on a subscription basis in anticipation of a disruption in the services business over the next five years.

Focusing on key election states and those plagued with instances of provoked-violence as a result of misinformation earlier this year, WhatsApp and Digital Empowerment Foundation (DEF) addressed over 120 attendees. The training was provided for local government administrations, law enforcement authorities, college students, NGOs and other community leaders, who are dedicated to the technological empowerment of their society, especially villages and semi-urban center.

Online and retail tea maker Chai Point’s hybrid on-demand payment model will be integrated in the its beverage dispenser model called BoxC. The integration, for which the firm has partnered Paytm, will enable Chai Point to have a dual payment system for BoxC on a contractual basis with the corporate house or employer for a minimum amount and on-demand, where it can scale through payments by consumers directly.

The event brought together tech entrepreneurs, corporates, investors and innovators all under one roof, and focused on growth, scaling and user acquisition. Key takeaways from the event also included strategies on how to choose a new market, setting a go-to-market strategy, scaling an engineering team and how startups can grow along with tech giants.

Under this exclusive partnership, Digibank customers with the card who open a digi Savings account will earn a 5% cashback on every order placed on BigBasket’s app and website. The cashback will be up to a maximum amount of INR 200 per month and INR 2400 annually.

Niki.Ai Break Even On Every Transacted Order

Niki.ai, an artificial intelligent bot, has turned profitable for all transactions starting October 2018. The company has registered a (INR 200 Cr) gross merchandise revenue (GMV) annualised at current run rate. The company has launched its much-awaited voice command feature, providing vernacular support to India’s next billion internet users. Going forward, it aims to achieve an annualised GMV run rate of INR 1800 Cr by the end of FY20. The company intends to use their Artificial Intelligence-based proprietary technology to build a product for Bharat.

Bengaluru-based knowledge sharing platform Vokal launched Video Questions and Answers in vernacular languages, which it claims helps animate and humanise the Question and Answer format and make it a lot more interesting for the viewers. Users can ask questions using the voice / text option as usual and knowledge contributors now have the option to respond either in audio or video.

Neighbourhood community app Neighbourly by Google has now extended its services across India, almost six months after beta in Mumbai. The new cities which will use Neighbourly include Delhi, Bengaluru, Chennai, Hyderabad, Pune, and Kolkata. Neighbourly allows users to ask questions and share their recommendations in a question and answer format through text or voice in eight Indian languages. Users can also keep up with relevant information in their neighbourhood by browsing through relevant conversations on the app.

Fintech and Big Data platform Goals101 opened its new full-fledged office within the exclusive Qatar Financial Centre (QFC), Doha.  Goals101 aims to target the banks that are increasingly looking at the potential benefits of financial technology and digital platforms.

Ride-hailing company Ola launched its services in South West England. With this, people in and around the city of Bristol can book rides on the Ola app, with services launching in Exeter and more towns in the coming weeks. Ola is offering a limited number of discounted rides to customers to try its service.

Grocery delivery company BigBasket is expecting 40% of its projected revenue to come in from its private labels. The company aims to clock INR 3500 Cr in sales this fiscal year, up from INR 2000Cr last year. The company will also add a lot of categories to the private labels vertical.

Used cars portal Cars24 recorded a more than three-fold growth in transactions over the past 10 months. Its monthly transactions grew to 10,000 in October from 3,000 almost a year ago, cofounder Vikram Chopra said.