The Surajpur District and Sessions Court has rejected the bail application of Roopak Jain, co-accused in the Paytm extortion case 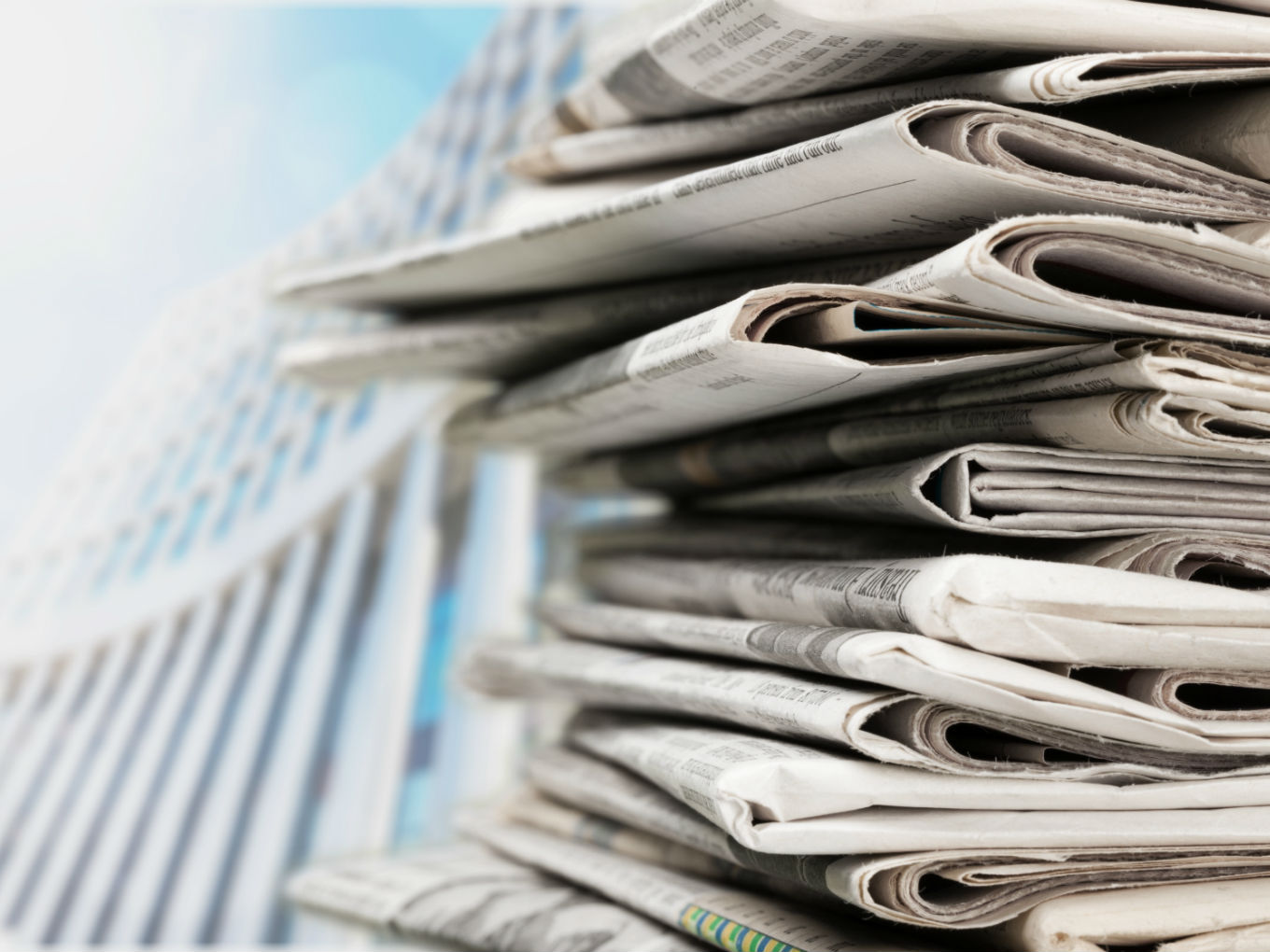 One of the biggest Indian startup news this week was Prime Minister Narendra Modi has launched global fintech platform APIX — Application Programming Interface Exchange — with T.Shanmugaratnam, Deputy PM of Singapore at the Singapore Fintech Fest . The platform will help to connect companies to financial institutions globally and become a banking solution for two billion people without bank accounts worldwide.

He further said that financial technology can be used to combat financial crimes such as money laundering. While speaking at the Singapore Fintech Fest, this week, he also said that India has been experiencing boost in fintech innovation and enterprise thus making it one of the best destination for companies and startup.

Ecommerce companies may be charged with penalties for missing a deadline of November 10 for submitting their deposit tax deducted at source (TCS) on payments made to their sellers. Reports have stated that many companies has said that the delay was due to the difficulties faced during registering for TCS in some states. While, US-based ecommerce company Amazon had stated that it couldn’t implement TCS for the month of October due to the festive season sales.

The Surajpur District and Sessions Court has rejected the bail application of Roopak Jain, co-accused in the Paytm extortion case. Jain is also Paytm employee and key accused, Sonia Dhawan’s husband. Dhawan was arrested on October 22 after being accused of being the mastermind behind an extortion plan. 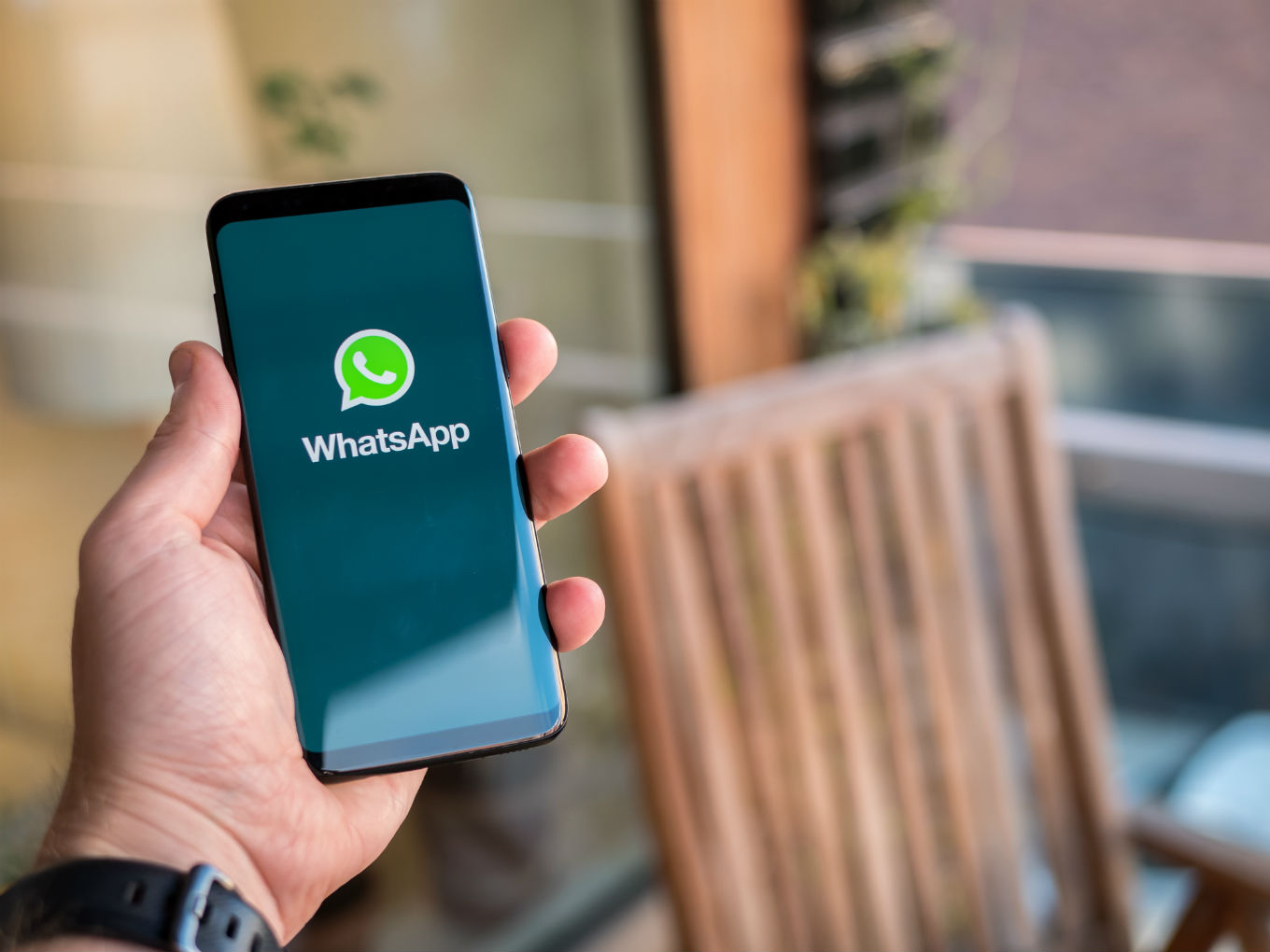 WhatsApp To Research On Spread Of Fake News

Facebook-owned messaging platform WhatsApp committed $1Mn for researching on how the application is being used for spreading misinformation. This development comes at a time when the Indian government has been asking the platform to find ways to curb the spread of fake news. For the research initiative, the company has already got 600 proposals from research teams globally among whom, only 20 have been selected.

NCLAT To Hear Petition Against Walmart-Flipkart Deal In December

National Company Law Appellate Tribunal (NCLAT) adjourned the hearing on the petition filed by traders’ body Confederation of All India Traders (CAIT) against the approval of the Walmart-Flipkart deal by Competition Commission of India (CCI). Now the hearing has been scheduled on December 14 before a two-member bench of NCLAT.

Amazon Wholesale, the US-based ecommerce giant’s Indian Business-to-Business (B2B) platform, clocked in a revenue of  $1.68 Bn (INR 12,224 Cr) in FY18, which is a 73% increase from $970 Mn (INR 7047 Cr) in FY17. The wholesale unit is used by Amazon India as a distribution channel which  sources products directly from brand and then supply them to the third-party vendors to sell them on their online marketplaces. 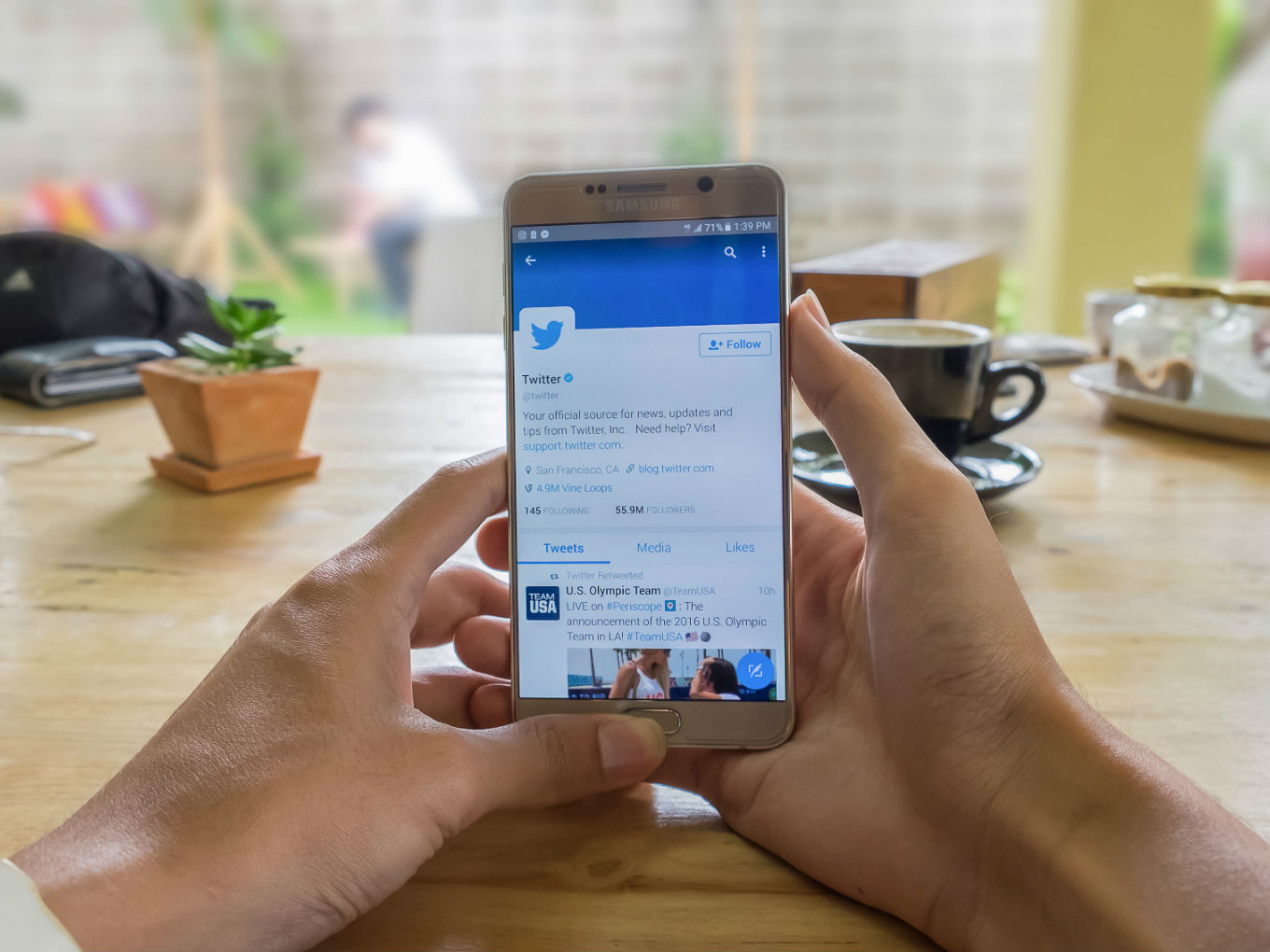 Indian Union home secretary Rajiv Gauba told Twitter executives that the social media platform is “slow” in removing hateful content which can threaten peace. He also asked the executives to ensure a “round-the-clock mechanism for prompt disposal of requisitions of law enforcement agencies for deletion/removal of unlawful/objectionable content from their platform”. He also added that the company should appoint India-based contact persons which will help in prompt redressal of complaints.

China-based ecommerce company Alibaba has clocked in $30.8 Bn in sales in one day, as the Chinese shoppers celebrated world’s largest shopping festival named Singles Day. This sale completely dwarfed the Indian festive sales as all the ecommerce companies together clocked in $2.3 Bn in Gross Merchandise Value. Singles Day which is said to have originated in Nanjing University in China is celebrated every year on November 11.

During a meeting with the Drug Controller General of India (DCGI), ecommerce companies like Amazon and Flipkart have promised to prevent the sale of “unregulated and fake cosmetics”. The regulator also stated that if the company discovers fake products being sold on their website, they must prevent sale of such products. If they fail in doing so, the companies will have to face severe action including formal police complaint.

Amazon’s cloud services unit, Amazon Web Services (AWS) which was launched in 2006, announced a profitable fiscal year in 2018. According to a filing with the Ministry of Corporate Affairs, AWS recorded a threefold increase in revenue from operations at INR 1,206 Cr for FY18 from INR 397 Cr in the previous year. AWS rents out server space and bandwidth to companies of all sizes with cloud computing capabilities which helps them avoid the need to have their own on-site servers. 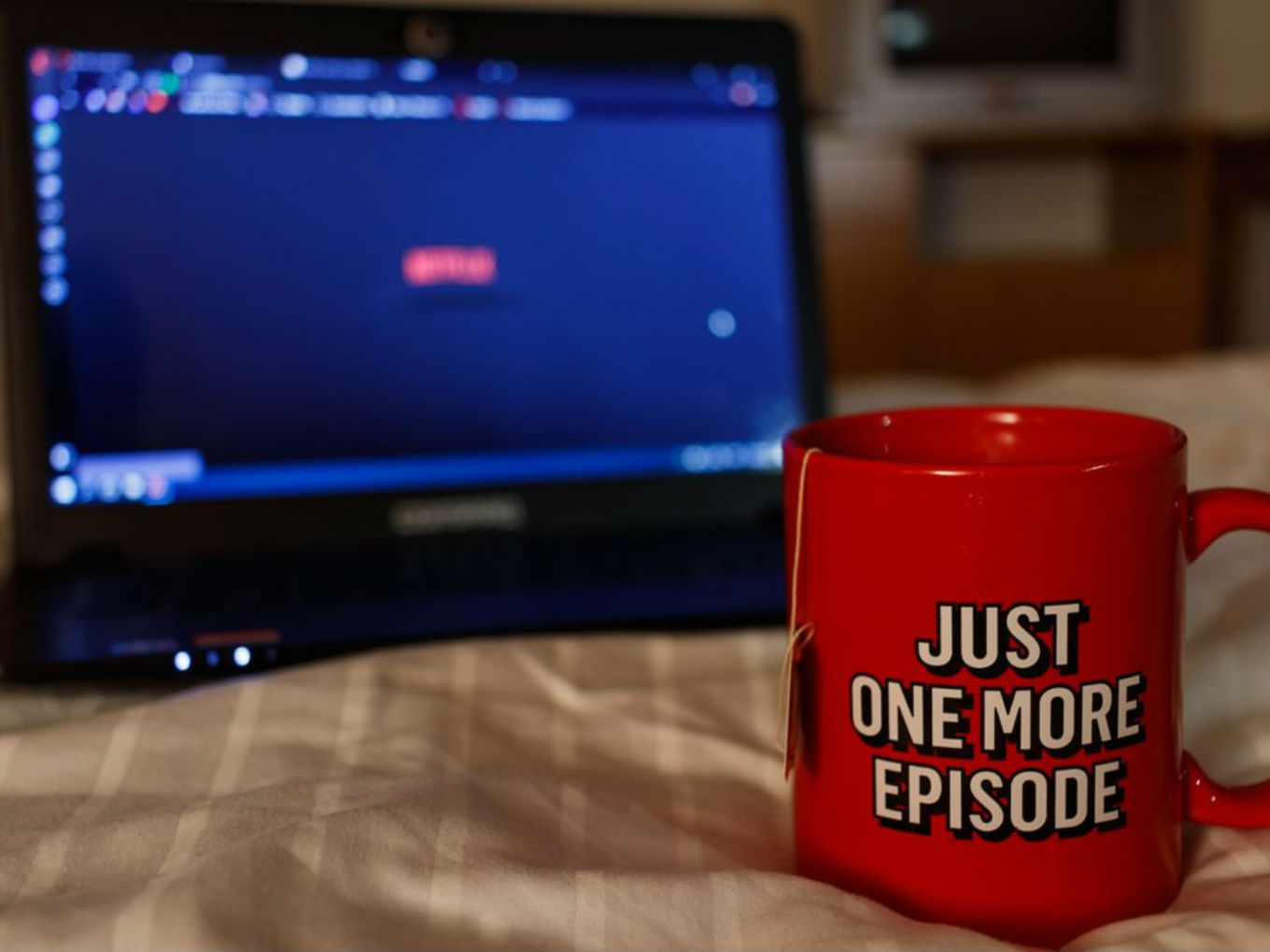 Netflix Not Planning To Launch Cheap Subscription Plans In India

Netflix CEO Reed Hastings  said that the video company is not planning on bringing cheap subscription plans in India as he believes that the company does not have pricing issue in the country. The company offer three pricing tiers in India – $6.90 (INR 500) for a basic plan, $9 (INR 650) for a standard plan and $11 (INR 800) for premium.

The plan is to invest in some of the selected AIFs via the government’s flagship scheme and in turn help them to invest in the startups from Kerala.

Apple To Step Up Its Ecommerce Game In India

American multinational technology company Apple to strengthen its position in the ecommerce space in India after signing its deal with Amazon to directly sell its products in the Indian market. According to reports, the company also decided to break off its partnership with Infibeam.com which was an authorised online seller of iPhones and iPads in India. According to unnamed sources this was done because the platform failed to gain scale for the company.

The Telecom Regulatory Authority of India (Trai) released a consultation paper on ‘Regulatory Framework for Over The Top (OTT) Communication Services’. The paper  was first floated in March 2015. In an official release, the regulator stated that it will look at the effect of the apps offering free voice, messaging and video call services on the traditional revenue stream of operators. It will also consider if these apps should be brought under a licensing regime.

With another push to the ecommerce sector in India, parcel business network India Post has also announced the launch of its ecommerce portal. Much details about e-commerce service

Is yet to be known. According to reports, Indian government’s Department of Post has only made a soft launch as the full-fledged operations of the portal are set to begin at around or after mid-December.

CoWrks Announced Its First Cohort For It Accelerator Programme

The CoWrks Foundry, a acceleration program, announced the completion of its first cohort this week, which comprises of five startups namely Wagonfly, Understand Better, Ayasta, Betterly, T-Scale Hub. The initiative by CoWrks is designed to help develop the early-stage startups in the urban tech, enterprise tech, social impact enterprise space.

The joint Microsoft and Nielsen solution is live from this week. It is aimed at serving as a one-stop-shop in creating scalable, high-performance data environments that enable greater real-time collaboration for faster results.

With the advanced analytics and AI services built on Azure, Nielsen Connect will be helping the companies to integrate data assets so as to understand the emerging trends, find the performance gaps and also grab the opportunities for growth, faster. The platform also allows clients to user their data as an enterprise asset in all parts of their organisation.

Artificial intelligence focused chatbot platform Haptik announced to have entered into a strategic partnership with Y-Combinator back Leena AI with an aim to offer enterprises a one stop shop for all types of bot solutions. While Leena AI’s solutions are focused on offering bot-based HR, IT, Admin solutions for employees, Haptik offers its diverse engagement bots to tackle consumer use cases.

One97 Communications Limited which owns the  fintech platform Paytm has joined hands with women community startup SHEROES and launched a social community platform exclusively for women on its app. Under this new platform, women can participate in an interactive social feed where they can discuss about various topics including health, career, relationships among others with their peers.