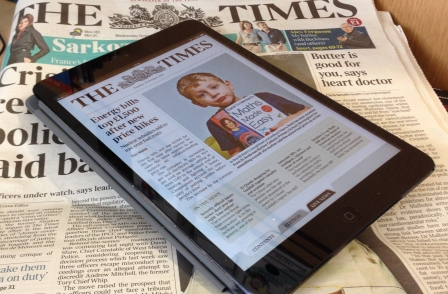 Uber has collaborated with Paytm and Alibaba‘s financial arm Alipay, to enable their users to book and pay for cab rides, from respective apps globally. As per the new collaboration, Paytm users will now be able to book and pay the fare for an Uber cab ride through Paytm App. The facility will be available for Chinese users using Alipay.

On the other side, a recent call data released by TrueCaller pointed out that more calls are being made between Ola and its riders as compared to Uber in the first four months of this year. To which, Uber defended by saying that it has best-in class maps and navigation that makes it possible to get a ride without having the need to call.

In an another development, Uber has sued Ola for $7.5 Mn (INR 50 Cr) as the Uber drivers complained about an unusually high number of cancelled bookings, which sparked the bitter legal fight.

Askmebazaar reportedly fired over 250 employees. The step came in lieu of company’s strategy to increase automation and thereby the productivity.

In an another development, AskmeBazaar launched two-wheeler sales in Pune and is currently selling Honda and Piaggio bikes on its website and will soon add Suzuki and Royal Enfield. The company will provide end to end transactional services including loan and insurance processing, vehicle registration, accessories among others.

According to a recent report, personal data of about 1 Cr IRCTC users is feared to have been leaked from the website’s server. However, IRCTC has denied the report and said that there is nothing wrong with its website.

Times Internet backed Murmur app, previously which went by the name Bluegape, has shut down. There has been no update on the app over the last few days. The app used to curate content from popular blogs & news sites and serve them in bursts of 10 pieces.

In a curious case which brings to fore issues with IPR and patenting, Shrikant Kunden, a Pune-based serial entrepreneur and founder-director of “Last Mile Digital Solutions Private Limited” filed a criminal complaint against IAN and Zippr, with Pune Police, for allegedly misusing his confidential documents, valuable information and trade secrets. However, both IAN and Zippr denied any such thing.

Just after a year of following the app only strategy, Myntra has announced its plans to launch desktop website. The fashion retailer will be re-launching its desktop site on June 1, 2016, and expects 15-20% of its sales from the desktop site, in order to revive the charisma of mobile shopping through website.

CAIT filed a complaint to DIPP, against Flipkart for violating guidelines on FDI in ecommerce. It has drawn attention to an ad that appeared in newspapers, announcing the sale of an item along with its discounted price to be available only at Flipkart.

Flipkart To Take 20 Brands To Court

Flipkart is looking to file case against over 20 companies to recover its dues. People close to the development said that these companies have not paid the dues which are in the range of INR 90,000 to crores of rupees each, for placing ads on its website.

Flipkart partnered with MapUnity to mark the debut of Flipkart Maps on its city transport information systems, and make these available for all cities in Smart Cities mission. The company is also planning to launch a self-service analytics platform ‘Brand Hub’ where companies can target specific customer pools based on products. The move is made to woo electronic and apparel brands that will allow them to create exclusive stores on Flipkart.

Yumist, has stopped its services in Bangalore. The reason cited for the pause is that Yumist did not own a kitchen facility in Bangalore which stopped them from bringing similar enhancements as NCR and fragmented the brand. However, the startup has launched a 12000 sq ft, mega kitchen for NCR.

Indian Railway Catering and Tourism Corporation Limited (IRCTC) has now added an option to its website to allow international travellers to book tickets through international credit and debit cards issued outside the country. The service was unveiled jointly by IRCTC, Visa and Atom.

Ola is testing waters with the third-party logistics service for businesses, using a fleet of two-wheelers and autorickshaws in Bangalore. The company started with a pilot in February and is currently serving 30 to 40 restaurants. It is using the delivery fleets of now defunct Ola Store and Ola Cafe.

Paytm Ties Up With Wipro; Enables Payments At Parking Lots

Paytm partnered with IT services company Wipro to create the requisite technology infrastructure for its upcoming payments bank business. Wipro will implement core-banking solutions for Paytm along with the programme to manage the integration of other key systems like anti-money laundering and regulatory reporting solutions.

In an another development, Paytm tied up with multiple parking management companies and property owners across the country to provide easy cashless transactions.

Future Group has announced the re-launch of FabFurnish.com. It plans to spin off its furniture retail unit HomeTown to create a new home furnishing company combining it with FabFurnish.com.

Instant food mixes and ready-to-eat food products maker MTR Foods launched its own online store to sell over 140 products. The online store is currently available to customers only in Bangalore and plans to expand its presence in phases.

Ola faced protests from its driver partners at the Chennai office. Nearly 100 drivers marked their objection on recent changes in price and incentive plans. The drivers are now forced to take up to nine rides during the peak hours, and were not rewarded if they fail to do so.

nexGTv launched Kids video & infotainment mobile app nexGTv Kids. The app is aimed at children between the age group of 2 to 10 years. The app gives an access to a plethora of highly educative and entertaining video featuring Housing Clay Art tutorials, jovial Science Experiment videos, and popular nursery rhymes to take care of their holistic learning.

Jugnoo has partnered with foodpanda to offer its users an option of ordering food through foodpanda, at discounted prices on the go and have it ready at their doorstep when they reach their destination.

Nasscom joined hands with Facebook to build a `Product Design Initiative’ in the country. The partnership aims to support 500+ product startups on product design and train 5,000+ product designers over a period of two years.

Care24 announced the launch of its Mother and Infant care segment in order to provide the best of services for pregnant women, new mothers and infants. The decision was taken after studying several severe cases in infants and the lack of knowledge in new parents regarding post-partum childcare.

A event, aimed to bring closer TMT investment opportunity between India and China and fund high prospect early stage startup was hosted by Zhu Dao India and EVC. Eminent Representatives from the investment and corporate sector of both China and India assembled to launch the China Internet Cooperative Alliance. Six startups also got the chance to pitch during the panel and hear on how similar business models performed in China including the recently backed Milkbasket, followed by iMade which is also backed by the Government of India, BlackbeltHelp, QuickLaunchSSO and others, all boasting healthy business fundamentals and clientele that stretches across 6 continents.

Burrp released its new look on the app with exciting features. The app promises to create a seamless experience with a material design that has been inspired by Google’s recommendation to enhance their user’s experience. The app currently is available on android and will soon be available on iOS.

CollegeDekho.com has launched CollegeDekho Cafes in four Indian cities. The counselling centres have been launched in Lucknow, Patna, Ranchi and Guwahati, with a plan to expand into more cities in the near future. With the launch of CollegeDekho Cafes, students will receive assistance in making a tailored career choice through personalised, face-to-face counselling. The counsellors in the centres will analyse critical information pertaining to profile and ability to derive a handful of well-suited options.

Cleartax launched an e-filing app which will help individuals file their returns with their smartphone. The app comes with offline sync feature which allows the user to enter his or her tax details even when there is no internet. Also, users can import details from their Form 26AS and Form 16 into the app while filing tax returns.

Ixigo launched intercity cab booking on its web, mobile web and app platforms with 250 intercity cab operators, who will work to display the lowest fare within 2 minutes. This service will be available in Delhi (NCR), Jaipur, Agra, Chandigarh, Rishikesh, Dehradun, Jammu, Shimla, Manali, Meerut and Alwar, with plans to expand to all its operational cities over time.

Hey Didi, a provider of last-mile delivery for ecommerce companies in the Maximum City, is planning to have 5,000 women scooter drivers in this calendar. The company has also partnered with Mahindra Finance for easy financing of two-wheelers for its women employees. Mahindra is also providing free scooters to Hey Didi in Mumbai at present.

Airtel Payments Bank To Start Services In Next Quater

According to reports, hyperlocal grocery delivery app MovinCart has closed down its operations, with two of its three founders setting up a logistics-tech startup. MovinCart was run by Cloudplay Technologies Pvt. Ltd and offered home delivery of groceries and dairy products in Mumbai. It is said to have closed its operations in January. While co-founder Rajat Jain quit the company in January, the other two co-founders, Nikhil Gupta and Anurag Meena, set up the logistics-tech platform, under CloudPlay Technologies.