The data localisation debate is still on and post the Supreme Court’s decision on Aadhaar, the stakeholders are now busy setting up new processes This week was majorly about complaints, debates and decisions. Where on one hand Pune-based fintech startup EarlySalary reported a security breach — the names and mobile numbers uploaded by potential customers on its website were compromised, at the same time, Infibeam founder Vishal Mehta wrote to SEBI as Infibeam Avenues witnessed a 71% fall in its share price on Friday due to rumours on social media platform WhatsApp.

Further, reports also surfaced this week that the South Delhi Municipal Corporation (SDMC) has sealed a building in Vasant Kunj area of New Delhi that housed a large Amazon India delivery centre, saying the building was constructed illegally. An Amazon India spokesperson, however, told Inc42 that the municipal action happened in early September and that the company has already addressed the problem by shifting its operations.

The data localisation debate is still on and post the Supreme Court’s decision on Aadhaar, the stakeholders are now busy setting up new processes. While so much is happening in the Indian startup ecosystem, let’s take a look at some other major Indian startup news stories of the week. 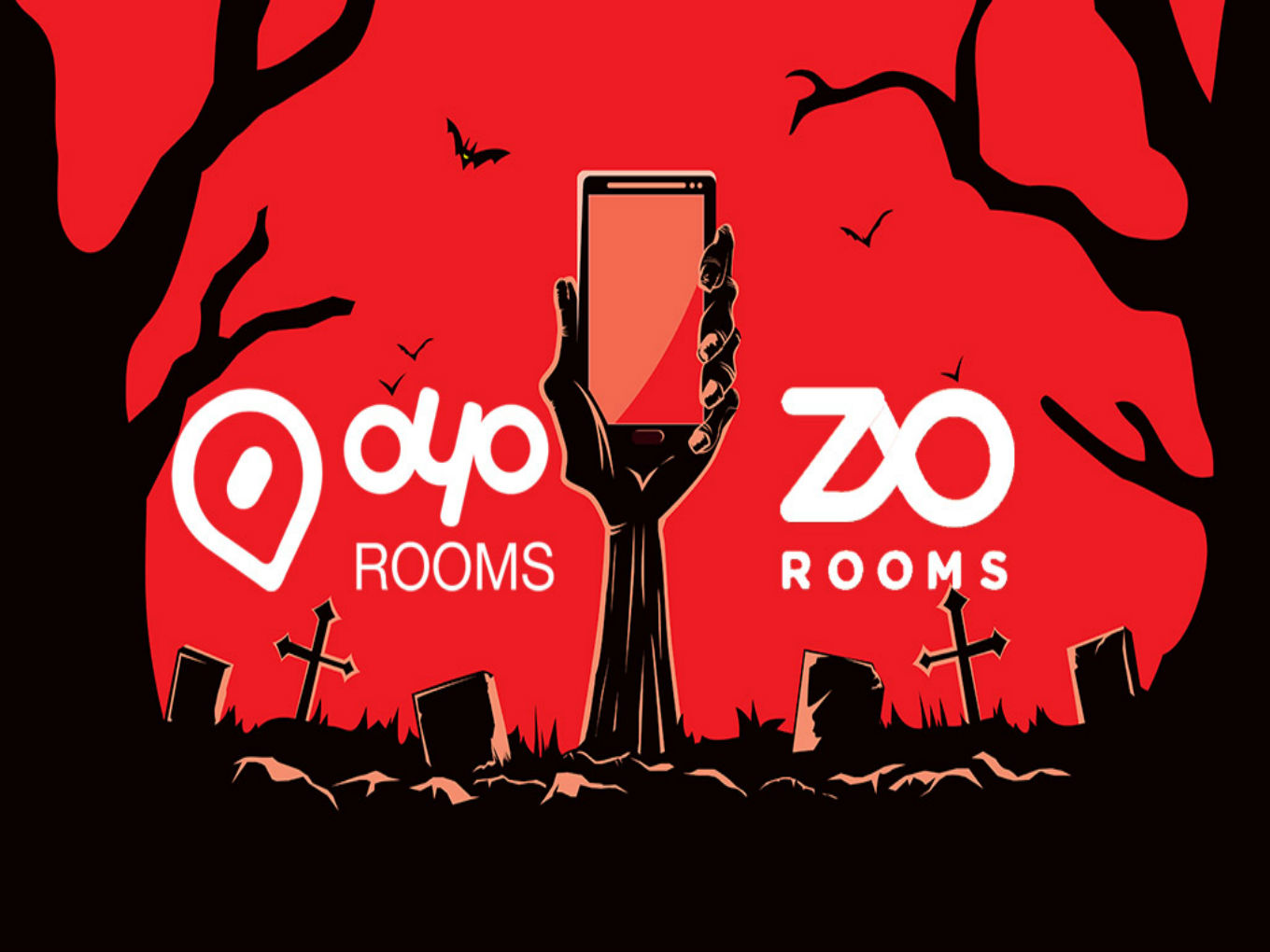 Earlier in February, a Gurugram-based district court rejected an arbitration petition filed by ZO Rooms against OYO on the grounds that it lacked jurisdiction. Prior to this, the high court had declined to pass any injunction against ZO Rooms on February 22 and posted the matter for further hearing.

The Supreme Court, in its order dated September 19, 2018, accepted the arbitration petition by ZO Rooms and noted that the Term Sheet, which was under a non-disclosure agreement, had a provision of Arbitration, which indicates that any legal proceedings by the companies had to be settled outside the court.

The Union Health Ministry amended the Section 67 of the Drugs and Cosmetics Act, 1940, under which the epharmacies are given a set of regulations including data localisation and other sets of rules regarding registration.

The agitation is said to be based largely on trying to protect some vested interests and trying to divert attention by spreading misinformation; at the cost of the consumer.

The companies will also seek the government’s help to get the Reserve Bank of India (RBI) to relax its “rigid” stance of on its April order, which mandates payments companies to store all their data relating to Indian users on a server in India.

The consortium is said to include payment companies such as Visa, Mastercard, and Paypal, along with industry associations such as the US-India Strategic Partnership Forum (USISPF). Representatives of companies such as Google, Facebook, and Amazon are also expected to join the delegation.

Further, a letter by a group of industry associations to minister for electronics and IT Ravi Shankar Prasad has said that the bill would hamper the abilities of global technology companies to continue its business in the country. The group also mentioned that it would raise costs by 30-60% and will also not help guarantee data security.

IT Minister Asks UIDAI To Prepare Action Plan On Aadhaar Use

After the Supreme Court struck down the Sections 33(2), 47 & 57 Of the Aadhaar Act, the IT Minister held a meeting with IT secretary Ajay Kumar Sawhney and Unique Identification Authority of India (UIDAI) CEO Ajay Bhushan Pandey to review the status of Aadhaar use in light of the judgement.

The letter stated:  “It is understood on this basis (of the order) that neither can the telecommunication service providers (TSPs) continue using Aadhaar number for the purpose of issuance of new SIM cards nor for the re-verification of existing SIM cards under DoT’s circular dated 23.03.2017.”

On September 25, the attackers exploited a vulnerability in Facebook’s code that impacted “View As”, a feature that lets people see what their own profile looks like to someone else.  The Ministry of Electronics and IT has asked Facebook to “quantify the impact on its users in India while the company has sought some time for the investigation and have committed to get back to the Ministry with a detailed report by Wednesday morning.” Amazon Transportation’s revenues touched $217.25 Mn (INR 1,574 Cr), compared to $135.53 Mn (INR 991 Cr) in the previous financial year. The company had seen a 60% growth in revenues in FY17 as well, from  $84.63 Cr (INR 619 Cr) in FY16. The company said in its regulatory filings that it continues to invest heavily on building infrastructure and logistics business to expand keeping in mind the future growth and therefore its expenses also grew considerably. An official statement said multiple quarters have requested for extending the deadline and therefore, it has been “decided that a final extension of time will be granted and that the deadline for submission of feedback on the Draft Personal Data Protection bill has been extended till midnight of October 10 2018”.

While the entire financial year went by in addressing government notices, fines and customer issues and Q4 spent without onboarding any new customers, the company has recorded a y-o-y increase of 69% in its revenues, as compared to FY 2016-17. The company recorded an income of $21.66 Mn (INR 160.26 Cr) in FY17-18  as compared to $12.83 Mn (INR 95 Cr) earned in the previous financial year.

Marc Lefkowitz, head of YouTube content creator and artist development for (Asia – Pacific Region (APAC) said that the platform records nearly 245 Mn users per month from India. The company also unveiled its second pop up space in India which is located in the Delhi. The space will be available to the content creators from October 5-7, 2018.

OPPO To Set Up R&D Centre In Hyderabad

Global smartphone brand OPPO is soon going to launch an R&D Centre in Hyderabad, India. The R&D Centre will be brand’s first in India and will be focused towards gaining deeper insights about Indian consumers and market thereby building India centric innovations and customised product offerings.

Flipkart’s digital payments subsidiary PhonePe will be the exclusive DMRC partner to power UPI payments for all DMRC smartcard recharges. This partnership will help drive the adoption of UPI as a payment mode for recharges since commute is a very high-frequency use case. PhonePe is also working with other travel and commute service providers to emerge as the preferred destination for all travel/commute related needs.

The video editor has been specifically customised for recorded voice content such as interviews, lectures, webinars, and podcasts. The voice editor by Spext is a SaaS platform that helps you to search, edit, transform and share voice audio. While the one-of-its-kind platform currently supports only Hindi and Indian accented English, support for Marathi, Tamil and Telugu is coming in the next six months.

Online supermarket Grofers launched its social commerce initiative – Group Buying Programme (GBP), which is aimed at smart shoppers. The online group buying store – ‘Share to Save’ is currently active in all 13 operational cities of the brand, through Android app and will be available on the website mid- October onwards. The brand expects Group Buying Program to contribute to 30% of overall revenue by 2019 end.

Digital payments company PayPal’s PayPal for Business will help small/medium merchants and freelancers conduct their domestic and cross border business on the go backed by PayPal’s robust risk and security platform. With the launch of the new app, PayPal aims to tackle the entire backend of small businesses through technology.

WeWork Labs will serve as a hub for early-stage startups in India, providing members with the space, global community, access to investment, and educational resources to help grow their business. WeWork Labs India will offer tailored programs to early-stage startups from any industry and founders from a diverse array of backgrounds. Members are provided a holistic, unique and no-equity startup programme to support them through their journey as they grow their ideas and business.

With the aim to make communication safer and to prevent fake news from circulating, the IM platform will allow users to report links, ensuring that fake news is not circulated unchecked by users. Users will be able to mark website links as spam if they suspect it to have incorrect information, which will then help chatters make a more informed decision about what information is false.

Uber Plans To Stop Sharing Of Number Between Driver And Commuter

Global cab aggregator Uber will soon launch a new feature wherein its customers and drivers will not be able to see each other’s mobile numbers and they can talk through its application only. Uber India and South Asia President Pradeep Parameswaran said that it has been one of the demands from riders and drivers. This service of Uber is already active in some of the countries including Australia and South Africa.

The Indian mid-segment hotel market is sized at $4 Bn out of which the contribution of chain-affiliated hotels is about 35% as of FY 2018 (estimated for only room rental) which has been growing at an average of 17% annually. After successfully establishing itself in the Indian hospitality space, the report showcases that OYO is uniquely placed to continue to grow exponentially in the budget segment, where it is already a market leader, and capture a significant part of the mid-segment hotel market with OYO Townhouse.