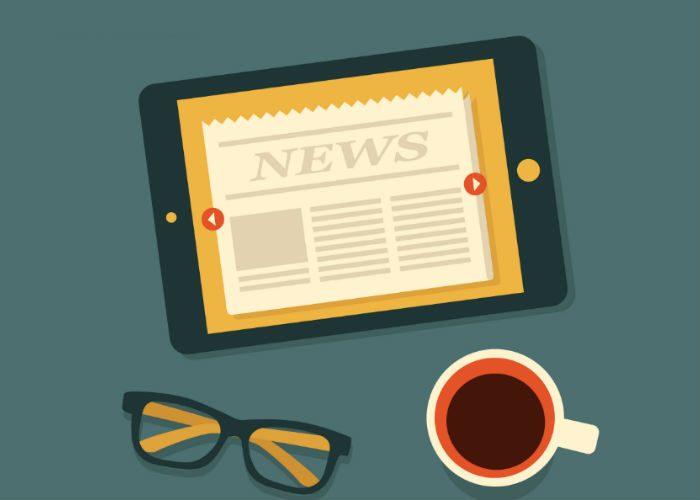 Flipkart launched its digital wallet, Flipkart Money, to take on rivals Freecharge and Paytm. With the digital wallet the company aims at cutting significant costs related to handling cash on product returns. User will be able to hold a balance between INR 10, 000 to INR 25, 000.

The bike taxi drivers turned against the company, after the terms on which they were on-boarded were abruptly changed. A number of these drivers are protesting the move and have stopped working.

Uber launched bike taxi service UberMOTO in Bangalore at the same time when Ola announced its Ola Bike in the city. The two are exploring the bike taxi market to add to their revenue.

Reliance Industries is extending the new brand ‘Jio’ to newer businesses. After its telecom unit Reliance Jio and its upcoming digital wallet Jio Money, the company has extended the brand to fashion ecommerce business AJIO.com. The portal has been tested among some employees since December, and will soon be opened to all employees by the end of this week.

Flipkart launched an advertising platform Brand Story Ads on the mobile app to allow companies like Yes Bank, L’Oréal, Micromax, Gillette, Datsun among others to launch their ad campaigns. Apart from the brands that retail on Flipkart, the service will also be available to other non-retailing brands.

To open its first warehouse in Chennai, NASSCOM signed a MoU with Department of Information Technology, State of Tamil Nadu. The warehouse can house up to 50 startups allowing them to learn, work and accelerate their companies.

President Pranab Mukherjee declared Kerala as the first digital state in the country. The state has a mobile teledensity of 95 per cent and internet covered over 60 per cent of the population with broadband connectivity in every grama panchayat.

BigBasket will be delivering orders to hyperlocal speciality stores, such as bakeries and meat shops, in less than an hour. For the initial phase, BigBasket plans to launch this service in Bangalore, with about 400 stores, handling logistics only for stores within a 6 Km radius.

Ola is reportedly shutting down its hyperlocal grocery service Ola Store. The app is currently operational in Bangalore, Hyderabad and Gurgaon.

Through ixibook, travellers can make bookings for flights and hotels within its app, without being redirected to a third-party app or website. The idea is to not only enable direct in-app booking but also to save traveller’s time by shortening the conversion funnel.

Countering the apprehensions of overcharging and expanding its network across metros, towns and villages, Jugnoo announced the launch of its services in Bangalore. The fares offered in the city are relatively lower as compared to the rest of the markets with the base fare being INR 15.

Amazon To Set Up Global Delivery Center In Hyderabad

Amazon has decided to set up its second largest global delivery center in Hyderabad after the US. This would attract $2 Bn investment in India from the company.

The government will launch a portal for startups, by next week, and begin the registration process with a view to encourage budding entrepreneurs and promote ease of doing business. The initiative is in line with PM’s Startup India programme.

To provide last mile logistics, dPronto has tied up with Snapdeal. Under this partnership, Snapdeal customers will be able to avail same day delivery.

Facebook has garnered around 2 Mn small businesses, actively advertising on its platform in India. To commemorate these milestones, Facebook has announced the development of Your Business Story, a new movie tool that makes it easy for business owners to showcase what their company brings to the world.

Evernote has announced localised credit card payment and discounted pricing for the Indian market. Users can now pay in Indian Rupee (INR) for Evernote Plus and Premium subscriptions using credit cards. Apart from this, users are also being offered introductory discounts on all Evernote subscription options.

Vuclip Inc launched over-the-top (OTT) platform in India to offer more premium content including shows which are exclusive to the platform.

Paytm has introduced Hindi interface on its seller app to expand seller base in tier-II and III cities. The interface will also help the marketplace scale up its online-to-offline business for shipping large appliances and electronics beyond the current base of 10 cities.

Tolexo doubled its buyer base to 2,00,000 in just four months. The company claims that 65% of its current customer base is from tier II and III cities. The focus of the company is to aggregate demand & supply from the highly fragmented section of buyers & sellers.

Fitpass Ties Up With Snapdeal

To enhance access to its products Fitpass has leveraged Snapdeal’s platform to extend its reach. It will avail six products on Snapdeal along with a free workout guide to help users achieve their chosen fitness goal.

Rideji launched its last mile services for instant delivery and two-wheeler ride share in Gurgaon. The services will enhance the travel experience of the daily commuters by offering them 24X7 hassle-free, safe and economic travel options.