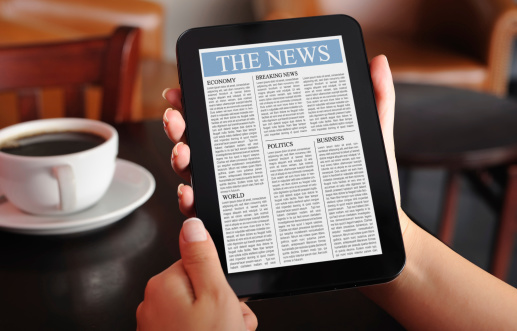 After making headlines for months, this week Netflix finally launched in India, with plans starting from INR 500. The service went live in over 130 new countries. In 2016, the company plans to release 31 new and returning original series, two dozen original feature films and documentaries, a wide range of stand-up comedy specials and 30 original kids series.

Startups Must Be Exempted From Direct, Indirect Taxes: NASSCOM

NASSCOM proposed pre-budget recommendations to the finance ministry on redefining tax benefits and exemptions on startups. It suggested that all startups be exempt from direct, indirect taxes including MAT.

Zeta, a mobile-based meal voucher platform, will provide HR Managers an instant one-click distribution platform of digitised meal coupons for employees across cities. Employees will receive these meal vouchers on their smartphones that can be used instantly.

Localbanya Accused Of Not Clearing Salaries And Payments

Former employees and vendors used social media to share their grievances against Localbanya for not clearing their payments/salaries. The company had suspended its operations temporarily in October last year stating a technology and service upgradations on its site.

Tinder will have its first international office in India. It has also appointed Taru Kapoor as India Head. She will be based in Delhi and will lead India operations for the company.

MobiKwik has opened access to its patent-pending Power Wallet interface to all retailers. Its Power Wallet API has been integrated by its retail partners such as OYO Rooms, PVR Cinemas, Zomato, Meru Cabs, Big Bazaar, WHSmith India, Archies and IRCTC.

Grofers Shuts Down Operations In 9 Cities

Grofers has shut down operations in 9 cities including Bhopal, Bhubaneswar, Coimbatore, Kochi, Ludhiana, Mysuru, Nashik, Rajkot and Visakhapatnam. The employees stationed in these cities have been offered positions in other cities. The company confirmed that these cities did not offer growth as expected rather the investment has been diverted to cities where growth is upscaling.

Drugs Controller General of India (DCGI) asked all the drug control administrations of state governments and union territories to take action against e-pharmacies selling medicines, because of pending submission of the expert committee report by Dr Harshadeep Kamble (Commissioner, food and drugs administration, Maharashtra) to the Centre.

Quikr To Invest About $37 Mn In Its Home Services Vertical

Quikr plans to invest about $37.5 Mn(INR 250 Cr.) in home services platform – QuikrServices. It plans to invest on product development including technology and in-house supply marketing as well as for strategic investments in few startups. Besides, the company will also look to invest in training and verification in categories like plumbers, electricians and house cleaners.

New York-based office rental startup – WeWork is planning to make a foray into the Indian market. Its core business is to sublet office spaces and convert them into an incubator which it rents out to freelancers and small startups and businesses at a higher rate. It is planning to enter India via Bangalore.

WudStay announced the expansion of its portfolio with WudStay Elite. Its elite service will offer luxury hotel accommodation. It has started the service with eight cities, including Delhi-NCR, Jaipur, Mumbai, Bangalore and Agra and aims to expand its offering to 500 Elite hotels in 15 cities by July 2016.

CloudMagic, an email app, has built a native Mac app to provide a consistent user experience across iPhone, iPad and Mac. It has all the characteristics and features that is available on mobile apps.

Baxi has more than doubled its fleet size going from 23 motorbike taxis to about 60. It recorded 5000 app downloads and completed 10,000 rides in the first month. The company now has turned its focus to growth and will be starting its services in Faridabad.

Mobile payments platform Payoye unveiled the iOS version of their application.. The app uses an OYETag (QR Code) as a medium to accept and receive payments through mobile phones.

EPPS Infotech, a startup in the ERP (Enterprise Resource Planning) landscape, announced the launch of ERP solution devised on the aspects of agility, efficiency, customizability and scalability to address the latent demand of enterprises.

Helpchat launched a new feature that aims to help Indian citizens in avoiding pollution related diseases by tracking air quality in their locality. This feature monitors the air in the surrounding environment and delivers a personalised air­ quality update via a mobile app.

TooYoo, an on-demand spa startup launched its service in Delhi & NCR. The service can be currently booked via a phone call or on website which provides a full listing of the services. The TooYoo app will go live in a few weeks.

Supporting Delhi government rule of odd and even, Autoncab a mobile app which provides on-demand last mile connectivity to urban commuters, announced to increase number of NCR autos in Noida. The company also plans to announce range of promotions deals and discounts to encourage more and more people to abide by the rule and offer convenience to customers.

IndiaMART launched a digital video campaign to help SMEs market their products & services. The video is focussed on sellers who have built their brands and expanded their businesses on IndiaMART. It also talks about how coming on to the online platform has helped them to acquire new businesses, higher lead generation and also export their products. The campaign will run for 21 days across digital platforms including Facebook, Twitter, Youtube among others.

Arya.ai has created first AI system prototype within medicine and defence domains in India while exploring research solutions using drones. The company is in talks with two international and one Indian bank along with government officials for a partnership for its AI prototype.

Landmark Group, which owns Lifestyle and Max chains, has launched its ecommerce portal, landmarkshops.in, in India. The development is expected to help in brand’s omni-channel strategy in India, wherein a customer can shop online from offline stores and get the product delivered as per his/her preference and more.

An FIR was registered on January 4, 2016 against Rohit Bansal, founder and CEO of Snapdeal, for allegedly selling Nestle’s Maggi noodles online during its ban. Maggi was sold in five states of the country, during the period of ban between June 7 and October 30, 2015.