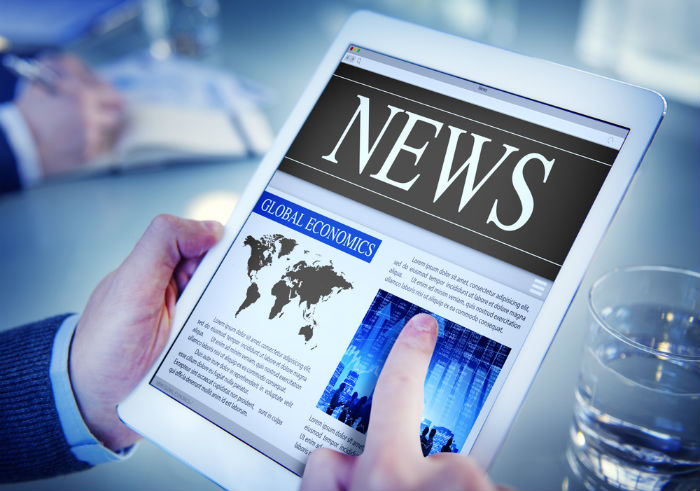 The biggest news of the week was the launch of “Freecharge Wallet”. Snapdeal and Freecharge announced to merge their customer accounts to build a common account and common wallet service, namely, ‘Freecharge Wallet’. The two are trying to make it more frictionless in connecting across business units.

More than 40 local brokers and agents attacked NoBroker Technologies’ office and threatened its employees. They were angry at NoBroker as the company make real estate buying a broker free phenomenon thus cutting out their incomes.

Saran Chatterjee from Flipkart has been appointed as new Chief Executive Officer at Housejoy to fasten the dynamic expansion plans into more cities and services with a large focus on consumer experience.

The alliance will enable InMobi to expand its global footprint by reaching out to 500 Mn users in China and other countries by next year. APUS will also earn revenues through advertisements on its apps that run on InMobi’s platform.

According to government officials, Uber failed to abide by new taxi rules, because of which it was considered unfit to grant licence.

Arun Chandra Mohan, CEO and co-founder of Jabong has decided to pursue a new business venture and has resigned from the company by mutual agreement. It is expected that the MD Praveen Sinha might also move out of the country by the year end.

85% Of The Indian Ecommerce Firms Were Overvalued: Vinod Khosla

Khosla, who founded Khosla Ventures said that Flipkart, Snapdeal and other ecommerce startups are overvalued.

Novopay, an android-based mobile payment solution that helps users pay money to anyone from Phonebook or by Novopay offline retail outlets, partnered with RBL bank to enable Novopay Wallet.

In an investigation report by Livemint, Foodpanda India is plagued by suspect orders, lack of automation and over-dependence on Excel sheets.

Google and Indian Railways partnered to launch a new project under the code name “Project Nilgiri” that will deliver free wi-fi access to around 400 railway stations across India.

Let’s have a look at other developments of the week

Oyo Rooms launched women-exclusive brand called Oyo WE, with all women staff and facilities curtailed to suit women-specific needs, as women travelers made up for up to 40% of its total customers.

In his new role at Snapdeal, Hardeep will help the company craft strategies for making Snapdeal’s supply chain systems future ready that includes the entire gamut of network design, infrastructure and special projects.

In a MoU signed with Andhra Govt., Ola will bring in technology to support over 50,000 vehicles in the next three years to ensure smart, reliable and safe transportation in the cities of Andhra Pradesh. The company also committed to invest over $22.5 Mn in the next three year for the purpose.

SilverPush Partners With Mobext To Launch In Philippines

With this partnership, SilverPush will come up with a new technological innovation in the marketing and advertising domain which will create tailor-made mobile ads based on consumers’ commercial-viewing preferences on television.

Traders body Confederation of All India Traders (CAIT) reached out to the Ministry of Commerce seeking measures to keep etailers in check. It wants the Ministry’s help to curb the predatory pricing strategy of ecommerce portals during this Diwali season

Indian Govt. Launches Its Own OS

Indian government will be launching an improved version of its own operating system (OS) named Bharat Operating System Solutions (BOSS), which may replace Microsoft Windows and all other OS for official use in future.

The council will be set up by the govt. of Karnataka to look into state investment for startup infrastructure, incubation centres and similar facilities.

In a bid to improve its supply chain in Chennai and surrounding areas during the upcoming festive season, Flipkart announced the launch of a new fulfilment centre in the city.

In order to disrupt the way video content is consumed, PressPlay, a technology company innovating at the intersection of entertainment & travel, announced the launch of PressPlay TV network.

With the tie up AskmeBazaar will be able to offer a differentiated and specialized range of high quality Indian ethnic wear to the women shoppers of its platform.

MapmyIndia’s new device is portable and small. It has a GPS base and can send information to registered contacts in cases of emergency.

UrbanClap witnessed 25% of requests from iOS mobile web users, in lies of which it has launched its iOS app for the customers.

Targeting about 4.40 Mn, Jains in India GoJainYatra launched a travel portal enabling online booking of about 750+ Jain Tirth and 450+ Dharamshalas across India at a convenience fee.

Square Yards will conduct an online property sale exclusively for a Noida-based developer
VVIP Group. The event is estimated to attract a lot of buyers as the company plans to offer exclusive buyback for home buyers booking their flats online.

Priyam Bose, former Senior Partner Business Evangelist at Microsoft, India, will join company’s advisory board. He will bring his expertise and vision to SmartVizX specially building their strength in the mobile domain.

Facebook Will Not Withdraw Its Zero-Rated Platform Internet.Org From India

With an aim to bring 5 Bn people online, in partnership with tech giants like Samsung and Qualcomm and mobile operators, Facebook plans not to withdraw its controversial zero-rated platform internet.org from India.

Paytm bets big on sporting events; Plans to spend Rs 500 crore on branding and promotion over the next 4 years

Paytm is betting big on branding through sports events in the next four years. It has already bagged title sponsorship rights for BCCI India’s matches in India till 2019 and will now share sponsorship rights on Star TV which will allow it to get presence on the channel’s SD and HD feeds through ad seconds, push-backs etc on a national scale.