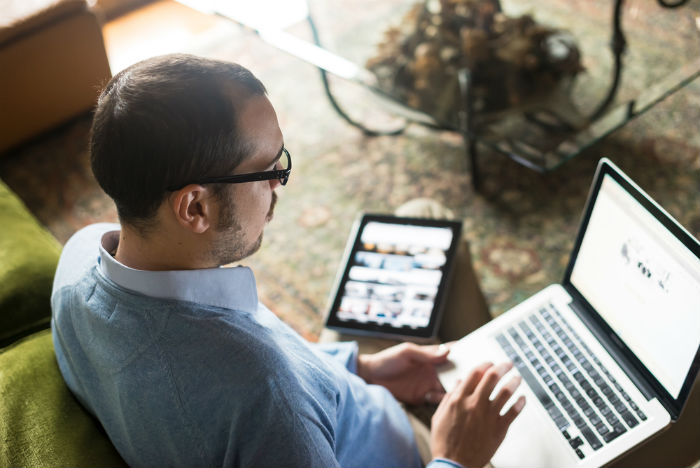 Ola has started beta testing its app ‘Ola store’ for grocery and daily needs. The company started venturing into different segments with launch of Ola cafe which was its food delivery arm few months back.

Lets have a look at important developments of the week:

Reliance Retail is planning a big blow in the ecommerce market with the launch of online stores for fashion and lifestyle, grocery and B2B verticals in 2015.  Reliance already runs grocery ecommerce store by the name of Reliancefreshdirect.

Media firm NDTV alongwith its arm NDTV convergence has recently signed term sheets with potential investors to launch its ecommerce ventures in the fields of food, auto and gadgets, said the company in its BSE filing. The company did not share the financial details. In March, the company had informed that the board of directors had accorded in-principle approval for setting up online ventures, including digital transactions.

FDI in retail has been one of the most debatable issue amongst the ecommerce and political fraternities. The union government has said that FDI will not be allowed in B2C segment of ecommerce. It must be noted that 51% FDI in multi-brand B2B segment, 100% FDI in single brand retail and 100% FDI in B2B ecommerce portals is already allowed

Snapdeal.pk, an ecommerce store based out of Pakistan, seems to be working really hard to cash as much as possible on the name of Snapdeal. The best part is that the site is actually functional and ironically sells knock-off watches, phones besides claiming to sell original branded products as well. Though the company has tried to copy everything from the design to the logo, but doesn’t seem to have a payment gateway. It works on, as you’d have probably guessed, COD or cash on delivery.It’s surprising that a company is using Snapdeal’s name from almost a year and now their logo too and Snapdeal is not even aware about the matter.

After Times Internet’s Gaana.com and cab hailing app Ola, a hacker recently hacked online restaurant search and discovery service startup Zomato. Though the situation was handled well by Zomato and the bug was rectified immediately.

In line with its endeavour to transform the way India sells, Amazon has announced the launch of its Global Selling Program in India. The program will open doors for Indian businesses to export to worlds ’ecommerce markets. Amazon is extending two of its pioneering products – Selling on Amazon (SOA) and Fulfillment By Amazon (FBA) to businesses of all sizes and scale from across the country to go Global and showcase their “Made in India” creations and products, to hundreds of millions of customers globally starting with listing on Amazon.com and Amazon.co.uk.

HDFC Bank marked its forays into the mobile payments and shopping space with it’s new app PayZapp, which is a smartphone app for users to manage their cards, pay bills, transfer money and shop.The app acts as an online merchants aggregator to allow customers browse and shop for products ranging from groceries to movie tickets. As of now, there are 15 online merchants on the app, but company plans to scale it  to 10,000 in next 45 days.

The hacking details were posted by the hacker(TeamUnknown) on reddit. The post also displayed the database structure of Ola cabs and claiming  that hacker has access to user details as well as credit card, transaction history and  un-used vouchers. Later on this course, Ola said in a statement that “there were no security lapses, whatsoever to any user data.”

Dogo, a turkish brand known for their kitsch design forays into  Indian market through its tie up with an ecommerce portal FashionAndYou. Dogo deals in footwear, bags, accessories, home decor and clothes. Brand offers an individual style of living and a means of personal expression to its users. Dogo is present in 39 countries and features over 5,000 original product designs.

Tata Group opens a dedicated ecommerce portal Mytatastore.com for its employee base

Tata group is targeting their 5 lakh employee base for its latest ecommerce venture, Mytatastore.com, which is an internal merchandise for tata group’s employee base. The portal aims at selling a range of merchandise from fashion, lifestyle to luggage and office utility.”The thought behind launching it on ‘tataworld’, the group intranet, was to make Tata branded merchandise easily available to our internal stakeholders across Tata companies. It becomes a one-stop store to source such merchandise, both for internal and external stakeholder connect,” company said in a statement.

Dharmendra Panwar, a MAX India senior executive has been named as the vice-president – Internal Controls and Risk Assurance of Snapdeal.  As VP Internal Controls and Risk Assurance, Panwar will evaluate existing operational processes to identify risks and recommend solutions for improving the control environment, company said in a press statement.

SmartAgent Connect allows agents to access the service via mobile as well as the web. Further, it has features that have been restricted to high-end CRMs up till now. The startup has already partnered up with over 4000 agents in Mumbai and Navi Mumbai and launched nationwide. As the  more agents signup, the network grows.

‘Exchange for Good’ is a programme to donate old furniture to NGOs at 10% discount on the site. On choosing the exchange offer on the website, customer receives a 10% discount on the new purchase and the Urban Ladder team ensures that it is donated to someone in need. This initiative has been an after result of Urban Ladder’s partnership with  Milaap. Through this partnership, company has boarded 11 NGOs across Bangalore to form the receiving of old furniture.

A Chennai-based online marketplace for professional, tax and legal services,  MeetUrPro.com  has launched Startup Clinic, which is a package service concept for startups to help them in the end-to-end legal and financial regulatory compliance aspects. According to MeetUrPro, the package contains all the required services for the business to support startups right from the incorporation stages to ongoing compliance requirements including PAN allotment letter, liaison for opening bank accounts, consultancy on taxation registrations, RBI compliance for inbound investments and FEMA compliance for inbound investments, among others.

India’s ecommerce giant, Flipkart has hired IT veteran Ravi Garikipati in a capacity of a newly created position – ‘entrepreneur in residence’. In this role, Garikipati will be working closely with company heads to ensure the success of new and high impact business projects and scale up Flipkart’s new ads initiative.

Superprofs, an ed-tech startup which provides students with live lectures from reputed professors across India  has launched their mobile version. SuperProfs caters to students all across India by giving live lectures on  CA, CS, IIT-JEE, GATE and UPSC/IAS exams. As of now, the platform boasts over 90,000 registered students and around 200 professors all over India.

TripHobo partners with Skyscanner to strengthen its travel offerings

A Pune-based online travel planning portal,TripHobo  has partnered with a travel search engine Skyscanner to enable users to compare hotel, flights and car rentals other than just planning their trips and itineraries on the platform. In the next six months, the company plans to expand from 500 cities to around 20,000 cities on the platform .

Heathkart, an online healthcare and fitness store. has launched another private label, Incredio, which offers meal replacement shake and honey lemon flavoured tea. This is HealthKart’s second private label after muscelBlaze, which is a protein supplement brand.

Giskaa is the only online store in India  to offer products from all the eight Northeastern States – Arunachal Pradesh, Assam, Manipur, Meghalaya, Mizoram, Nagaland, Sikkim and Tripura.Ithas close to 1,600 unique products and is rapidly expanding by adding 60 new products every week. Also, it ships internationally to Tanzania, Costa Rica, Malaysia and other countries.