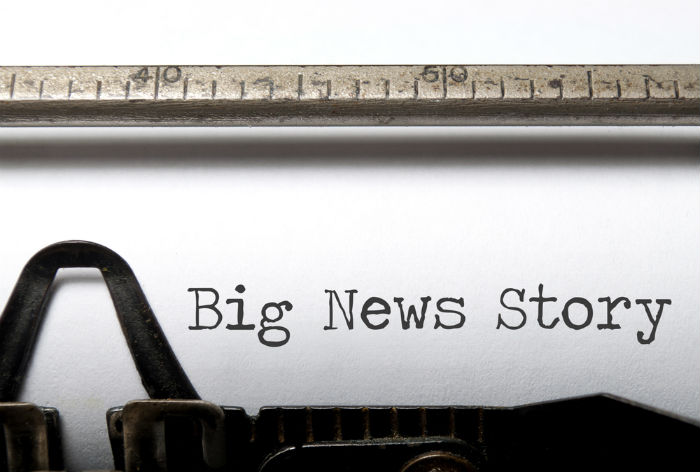 Refreshing the Big Billion day disappointment, Flipkart has once again disappointed its fans during “The Big App Sale day” which took place from 23rd to 25th March. Hoping for some real deals and good offers, people were all set to shop and so were we. But to our disappointment it was just another trick pulled off by Flipkart with no great discounts or real offers. It was just another disappointing day for Flipkart fans.

SC Terms Section 66A Of IT Act As Unconstitutional; No More Arresting For “Offensive Content” On Web

With an aim to safeguard the right to freedom of speech & expression as well as the internet freedom, the Supreme Court has given a historical judgement by scrapping the Section 66A of the Information and Technology Act, which allows police to arrest people for posting “offensive content” on the internet. However, the court allowed the government to block websites if their content had the potential to create communal disturbance, social disorder or affect India’s relationship with other countries. The court said that the public’s right to know is directly affected by Section 66A and the Section clearly affects the right to freedom of speech and expression enshrined under the Constitution of India. Not only this, the court also termed Section 66A as unconstitutional because it failed two major tests – the clear and present danger test and the tendency to create public disorder test.

Warning To Ola And Uber Over Resuming Services In Delhi, Licences At Stake

New Delhi govt. has asked Ola and Uber to cease their operation in the city or the licences will not be issued to the companies and further, there are also reports that the Delhi Govt has also asked the IT ministry to block Ola and Uber apps. In another development, the Karnataka State Transport Department officials conducted a raid against Ola cabs at Sadarahalli Toll on Airport Road, Devanahalli and about 100 cabs were seized.

After Flipkart & Snapdeal, its time for Amazon to show some moves. Aiming to reduce delivery time to enrich customer’s experience, the US-based online marketplace – Amazon has set up a logistics company in India by the name of “Amazon Transportation Services Private Limited (ATSL)”. This move is aimed to capture the country’s fast-growing online retail industry. ATSL will manage the last mile delivery and will be one of the logistics partners for Amazon’s Indian marketplace. Amazon claims shipping to  around 19,000 pin codes across the country and expects to touch a transaction of INR 12,000 Cr ($2 Bn) this fiscal.

After witnessing a groundbreaking success, its time for homegrown ecommerce firms to move on another level and put their terms before investors. In a similar move, as suggested by a recent report; India’s leading online marketplace, Flipkart has demanded exclusivity from potential investors and asked them to enter non-compete agreements before they decide to pour money in the company. This kind of courtship will curb investors to infuse money in rivals including Snapdeal and protects the company from disclosing confidential information and financial details to outsiders. Besides, investors cannot put money into Snapdeal and other rivals for at least six months and, in some cases, for more than a year, irrespective of the deal with Flipkart.

Online food ordering platform Foodpanda has appointed Saurabh Kochhar as its India CEO and chief business officer for the company’s global operations. He is a founder of personalised printing startup Printvenue. With this development, the managing directors of Foodpanda and its two acquired brands TastyKhana and JustEat India will be reporting directly to Kochhar.

The US-based online marketplace, Amazon has launched an express delivery platform for grocery called KiranaNow. Amazon’s KiranaNow is in partnership with mom-and-pop stores, which will presently run as a pilot project on the mobile platform. The service will be available only at some pincodes in Bangalore, delivering within two-four hours, operating between 9am to 6pm. The kirana stores will upload their catalogues on Amazon’s platform and the ecommerce marketplace will suffice the need of backend and technology. At this point of time the deliveries will be taken care of by Amazon, the kiranas and third-party logistics.

Snapdeal announced that it has helped more than 150 sellers on its platform to raise INR 50 Cr through Capital Assist, which was launched last year to provide small merchants access to working capital. Snapdeal aims to empower more than 1,000 sellers in the next one year through its platform, and plans are afoot to add financial partners.

The market regulator – the Securities and Exchange Board of India (SEBI) is framing new norms for startup ecosystem to help young entrepreneurs raise funds through crowdsourcing and listing of startups. Besides, it is also planning to tap growing stature of social media for enhancing investor awareness and education. Sebi is also looking forward to further streamline its enforcement process to ensure uniformity in its approach and improve the efficiency of its enforcement proceedings across the organisation.

The new roadmap will be framed after the consultation process with the government and other stakeholders, follows proposals made by Finance Minister Arun Jaitley in the Union Budget.

Lookup Partners With FreshWorld To Deliver Fruits & Vegetables At Your Doorstep

The Bangalore-based chat platform for local businesses, Lookup has partnered with food tech startup, Freshworld to deliver fruits and vegetables to their customers for free. FreshWorld has rolled out an innovational and technological twist to the traditional vegetable carts by introducing a digitized system where the customers get the supermarket feel at their doorstep. In order to get fruits & vegetables delivered at your doorstep, you just need to download Lookup app and chat with FreshWorld for your requirements.

Ola Collaborates With PayU India As Its Payment Gateway, Post Bugs Were Reported In Its App

After locating the major bugs in its mobile app, online cab booking startup, Ola has announced its collaboration with online payment solution firm, PayU as its payment gateway. With this integration, Ola will now collect payments using PayU Enterprise for their all their platforms including Android, IOS, windows, mobile web and desktop web across all payment options. To differentiate the payment experience, PayU has introduced a feature that senses the one-time password that’s sent in a text message to a user’s mobile phone, dispensing with the need to type it in.

Quikr In talks with MobiKwik, Paytm For In-site Payment Options On Its Platform

Online and mobile classifieds website, Quikr has initiated talks with prominent payment services providers to integrate their offerings on to its platform. The firm has held discussions with two of the country’s top mobile wallet providers, MobiKwik and Paytm, to provide in-site payment options to consumers as part of its end-to-end offerings. The move comes at a when the classifieds sites are facing increased competition from realty and auto portals. The integration of payment services will allow the classifieds sites to provide a complete set of offerings to consumers across categories.

WWF, eBay Join Hands To Light Up 1,000 Households In Sundarbans

WWF-India, along with eBay India, have joined hands to work on a project ‘Sahasra Jyoti’ that aims to light-up 1,000-odd households in the Sundarbans region. This is a part of the “India Unplugged — the WWF-India Earth Hour 2015” campaign. The project plans to use solar power, to light up the households of 4,000-6,000 odd people living on the island of Satjelia in the Sundarbans. WWF-India hopes to raise INR 2.6 Cr for the project over the next six to eight months.

Royal Enfield Opens An Online Store For Selling Its Merchandise

The Chennai-based motorcycle maker, Royal Enfield has started its very own online store to sell merchandise and protective gear to the masses. The company has everything in its store right from helmets, jackets gloves to leather jacket, knits, shoes, eyewear and much more. Pricing is also quite competitive and starts from around INR 1,500 to all the way of INR 18,000 for top of the range items. It is providing shipping at a cost of INR 250 which will be completed in 5 business days. Only source of payment is cash on delivery and hence there is no hassle of online payments through credit card either. The merchandise is available for both men and women and sizes vary from extra small to 6XL.

The fashion and lifestyle e-tailer, Jabong has appointed Sachin Sinha as its chief technology officer (CTO). In his new role, Sachin will lead the technology initiatives for the company. He has replaced former CTO Harsh Kundra, who had left the company in January this year to join Tolexo Online Pvt Ltd.

Sachin is an IIT-Kanpur alumnus and has 16 years of experience in software design, development, and project leadership in building high performance, scalable, distributed software products and platforms for cluster/distributed computing and database. Prior to Jabong, he had founded IQLECT to provide products and solutions in the Big Data space.

Times Internet-owned CouponDunia has partnered with Hindi news portal Raftaar.in to offer online coupons in Hindi. The coupons will be available on a separate webpage on Raftaar at coupons.raftaar.in. This partnership will allow visitors to choose from a wide variety of coupons from mobile, education, beauty, fashion, recharge, sports and travel. The coupon will direct them to the merchant website where they can make purchases using coupons.

The leading learning and collaboration platform provider for businesses and institutions, Linkstreet has announced the appointment of Professor V. G. Narayanan of Harvard Business School on the company’s advisory board.

Professor Narayanan has been a HBS faculty member for more than 20 years. He is a chartered accountant with an MBA from IIM Ahmedabad, an MS in Statistics, MA in Economics and PhD in Business from Stanford University. Linkstreet application is used across different industries including education, healthcare, retail and financial services. Its clients are some of the best known names in their fields and include Columbia Asia Hospitals, Thomson Reuters, ISB Hyderabad and IIM Bangalore.

The company enabling commerce for businesses, ePaisa has announced its new service which makes recharging International mobile numbers simple and convenient. The innovative ePaisa app allows the local provision store or pan wala to top-up International prepaid numbers of their customers from 150 countries. Travelers get instant top-up of their international numbers by cash or card through the merchant’s ePaisa app. This service will be available to International travelers visiting India, who use their incumbent SIMs as well as for Indian travellers, who use International SIM cards.