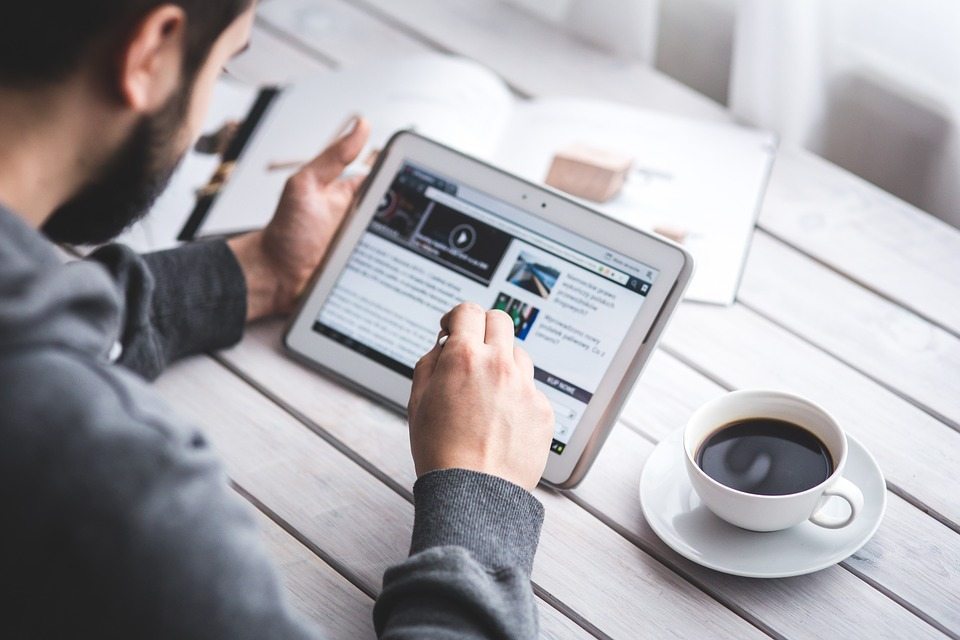 As the year draws to a close, we bring to you for the last time in 2016, the juiciest startup stories of the week.

Chinese ecommerce giant Alibaba is setting up its first office in India in Mumbai. The 3,000 plus sq.ft. office will be located at the commercial Bandra-Kurla Complex (BKC) in Mumbai.

Next, Kalyan Krishnamurthy, Flipkart’s Head of Advertising and commerce platform, has alleged that Amazon has copied Flipkart’s business moves. As stated by him, they (Alibaba) copy everything, or they wait for someone from somewhere to tell them what to do.

Ecommerce and payments platform Paytm’s founder Vijay Shekhar Sharma, in a Facebook Live chat announced the launch of a revamped Android App. Users can download the new app by visiting the Google Play Store. Paytm claims that the app has now become 3X faster than before and loads in about 3 milliseconds.

Prime Minister Modi has launched a Unified Payment Interface- (UPI) based mobile payment application named Bharat Interface for Money (BHIM). The app was launched at the Digi Dhan Mela event in Talkatora stadium in New Delhi. The BHIM app is essentially a rebranded version of UPI and Unstructured Supplementary Service Data (USSD). The Android app which supports Hindi and English at the moment has an upper limit of INR 10K per transaction, and INR 20K within 24 hours is allowed. More languages will be added later.

Global tech giant Apple has reportedly appealed to the Indian Government to relax labelling rules so that it doesn’t have to print product-related information directly onto devices. The move on Apple’s part is to prevent cluttering up their minimalist design with text.

Google CEO Sundar Pichai is in India to host an event on January 4, 2017. The event is expected to see an announcement around small and medium (SMEs) businesses in India. The event will also see the presence of Ravi Shankar Prasad, Union Minister of Information and Technology, Government of India. It will take place in Delhi and will reportedly be focussed around enterprises.

Cyanogen To Shut Down Services

US-based mobile software company Cyanogen has announced that it will shut down all services and Cyanogen-supported software by December 31, 2016. Cyanogen makes Android-based firmware for mobile devices and also made a popular custom version of Android.

MobiKwik Gets Nod From RBI

Gurugram-based mobile wallet company MobiKwik has got an in-principle approval from the RBI to set up a Bharat Bill Payments Operating Unit (BBPOU). The company will now be integrated into the Bharat Bill Payment System (BBPS), a bill payment system by the NPCI, offering interoperable and accessible bill payment service to customers through a network of agents.

SBI Says ‘No’ To Paytm Wallet

State Bank Of India (SBI) has said ‘No’ to the Paytm Wallet. According to the official Twitter account of SBI, people using SBI’s Internet banking can no longer transfer money to their Paytm wallets. Instead, it recommends its user to use ‘State Bank Buddy mobile’, its own wallet. The SBI’s Buddy App allows customers to access the sellers’ app directly without downloading the latter separately. Moreover, the app is available for both SBI and non-SBI customers.

Online travel agency (OTA) Yatra has completed its reverse merger and is expected to begin trading on the Nasdaq, a global electronic marketplace for buying and selling securities. As per an official statement, the online travel marketplace Yatra will trade on Nasdaq under the symbol YTRA. The development comes five months after it entered into a reverse merger deal with Nasdaq-listed special purpose acquisition firm Terrapin 3 Acquisition Corp (TRTL). Nasdaq-listed TRTL bought the Indian OTA firm in a multi-phased transaction, valuing it at $218 Mn.

IvyCamp, India’s first unified technology-based platform that leverages the Global Alumni Network to help entrepreneurs, has announced their international expansion plans to Silicon Valley. The company is in the process of onboarding marquee angel investors, early-stage funds, and mentors from the Valley that are actively looking to work with early-stage Indian Startups. The Silicon Valley chapter of IvyCamp will undertake initiatives to support Indian startups with planned development, guidance in venture creation and provide access to global networking and capital. In addition, it will attempt to create platforms for stakeholders from the private sector, large corporations and innovation agencies that have been collaborating and investing in the Indian entrepreneurial ecosystem.

HDFC Bank has tied up with Niki.ai, the artificial intelligence firm funded by Ratan Tata & Ronnie Screwvala, to bring in `conversational banking’ – chatbots that facilitate commerce and banking transactions without getting out of the chat window. The chatbot is presently available on Facebook messenger where it can be used for ecommerce transactions like booking a cab, ordering food or paying bills.

SV.CO, the world’s first digital incubator for student startups, has signed an agreement with DigitalOcean, making the American company its official Cloud Partner for its incubation programmes. Under the Memorandum of Understanding (MoU), all students who complete the SV.CO’s Free MOOC (Massive Open Online Course) will get cloud credits while additional cloud credits would be given to teams that get selected to the Silicon Valley Programme. The month-long six ways to graduate MOOC provides basics in entrepreneurship to first year engineering students (www.sv.co/sixways) while the six-month Silicon Valley programme is the main course of SV.CO’s #StartInCollege flagship programme.

Uber, has rewarded its top driver-partners for service excellence at an appreciation event held in Bengaluru. UberCLUB is a loyalty programme for driver partners, adapted from Uber’s global Momentum Rewards programme. It aims to open up a world of rewards and offers to top performing driver partners and their families. According to ratings and performance, the driver partners are divided into Gold, Silver and Bronze categories, each having their own set of rewards.

Indian mobile wallet major, MobiKwik has launched a regional language version of its mobile app to help about 59 Mn Gujarati-speaking population transact via their hand held devices. The Gujarati version would be based on a lighter variant ‘MobiKwik LITE’ of the app and can be downloaded with standard mobile Internet connections by giving just one missed call.

Mobile wallet platform FreeCharge has announced its partnership with the online marketplace pioneer eBay India via Billdesk. With the partnership, both FreeCharge and eBay customers can access over 100 Mn product listings on www.ebay.in and pay for their order using the FreeCharge wallet option. Users can also avail 25% Cashback offer on selecting FreeCharge as the payment mode.

Housing.com, the online real estate platform and Tata Housing, a subsidiary of Tata Sons Limited, have signed a multi-level strategic partnership deal. As part of the deal, Housing.com will offer a full stack solution by creating an exclusive integrated pan-India brand platform showcasing their current inventory (premium homes as well as Tata Value Homes) as well as an exclusive launch of their upcoming projects. The deal is considered to be the biggest of its kind in terms of delivery and scale of services being deployed.

With Paytm, 5 Mn Merchants Will Leapfrog To Digital Payments In 2017

Paytm has announced that it will enable 5 Mn merchants to leapfrog to digital payments in 2017. It has launched an array of new features to enhance security and increase usability both for consumers and merchants. The company has also started working upstream with distribution networks in order to enable merchants who accept Paytm do business with their suppliers as well.

ICICI Bank has launched ‘Eazypay’, a mobile application to enable merchants, retailers and professionals to accept instant cashless payments on mobile phones from their customers through multiple digital modes. A first-of-its-kind application, ‘Eazypay’ offers customers the improved convenience of paying by using their mobile phone through Unified Payment Interface (UPI), any credit/debit card & Internet banking, and ‘Pockets’, the digital wallet of ICICI Bank. Any current account holder of ICICI Bank can instantly download ‘Eazypay’ app and start using it. A non-customer of ICICI Bank can also use the app after opening a current account with the bank. The app is available on smartphones with Android operating systems.

Indian mobile wallet major – MobiKwik, has reached the milestone of 1 Mn merchants on its payment network, registering 1000% growth, since November. In the last 50 days, MobiKwik has taken several initiatives to promote the adoption of its mobile wallet among merchants, both organised and unorganised. The company has recently partnered with Amul, NASVI, and many more to facilitate acceptability and adoption of digital mode of payments.

HDFC Realty, the real estate advisory solutions company, has launched ‘PropPartner‘ – an exclusive mobile application for brokers. This unique app is now live on both Android & iOS platforms. Post-registration, the PropPartner app gives brokers access to projects exclusively being marketed by HDFC Realty,  featured projects – with special schemes by developers and projects with HDFC Special Payment Plan schemes. All listed projects would also be approved by HDFC for Home Loans.

Trak N Tell, a Gurugram-based Information Technology services company, that provides sophisticated vehicle telematics solutions, has launched its latest ‘Watchman’ vehicle security feature on its app across all Android smartphones. The feature will be remotely upgraded across all Intelli7 devices, so that existing customers can benefit from it.