WhatsApp to invest $250K to fuel the startup ecosystem in India

This week, we looked at FY19 performances of OYO, Airbnb, Hotstar and more 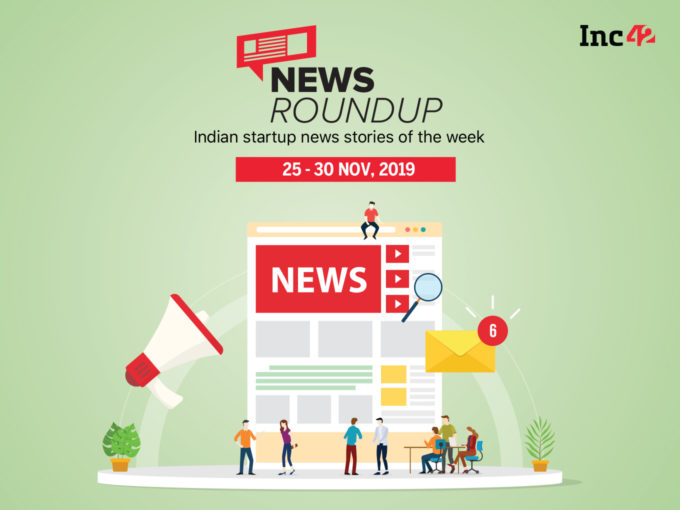 In one of the most important developments this week, Facebook-owned social media giant, WhatsApp, plans to partner with Startup India, an Indian government flagship initiative, under which the company will be investing $250K to fuel the startup ecosystem in the country. Through this initiative, WhatsApp will identify 500 startups and provide each of them with ad credits worth $500, thereby helping startups attract more customers and drive their sales.

WhatsApp’s parent company Facebook, in partnership with the Telangana government’s T-Hub, concluded the second round of its artificial intelligence (AI) accelerator programme. Through this accelerator programme, three startups were chosen, which include ftcash, Marut Drones and Innerhour. The startups selected will be guided and mentored by Facebook for a period of three months. It will help them build a go-to-market strategy, where it will help them increase their funnel conversion rates, picking up the sales model, taking the product to the entire market and building the company and more.

Former Supreme Court (SC) judge, Justice BN Srikrishna, who led the panel that finalised a personal data protection policy, suggested the Indian government should include new laws to regulate the monitoring of citizens by state agencies that use various technology platforms. The suggestion came after the WhatsApp Pegasus spyware controversy.

At the World Economic Forum, technology minister, Harsh Vardhan, said that technology and innovation can lead to sustained growth in the country. He further stated that India is working aggressively towards creating leaders in both industrialisation and technology developments. “Indian government realising the key driver for long-term economic growth is keeping a strong focus on science and technology,” he added.

MK Jain, deputy governor of the Reserve Bank of India recently raised concerns over the rising NPAs (non-performing assets) debts in the banking sector related to Mudra (Micro Units Development and Refinance Agency Ltd) loans. He urged banks to monitor the sanction of loans closely as unsustainable credit growth in the sector can risk the system. He further said that the Mudra loans, which were touted to be a saviour of SMEs and MSMEs, is going through an NBFC crisis.

Doodhwala Denies Allegations: All Is Well For FreshToHome

Since the transfer of its customer operations to the online marketplace and supply chain startup FreshToHome, Bengaluru-based Doodhwala was stuck in a dilemma over unpaid dues of vendors, employees and lost wallets of customers during the transit. However,  FreshToHome CEO Shan Kadavil confirmed with Inc42 that the company has adhered to the terms and conditions of RBI regulations and has personally assisted customers for migration by getting on live calls and ensuring their wallet balance is transferred.

From The World of Ecommerce

The instant messaging app, WhatsApp plans to roll out a self-destructing message feature to its Android Beta version. The company is still working on this update to provide more stable and bug-free experience to its users before releasing it to its 400 Mn Indian users in the country. The “delete message” feature might be available for group chats. The feature will come with a toggle switch button and users can choose a particular timeline, where the messages will automatically disappear. The duration includes one day, one week, one month and one year.

Tackling the Most Rooted Problems In The Country

From The Govt Corridors

What Food Delivery Companies Are Up To?

From the Ecommerce World

Updates From The Smartphone and Telecom Sector

Amitabh Kant, CEO of Niti Aayog, in a Twitter post, listed AI-based startups that are focused on solving the problems of accessibility, affordability and availability. He listed sectors like healthcare, agriculture, education, natural language processing, retail and transport, where startups are utilising AI to solve the industry challenges. Some of the startups include Sigtuple, Tricog, Forcus, SatSure, Vassar Labs, Embibe, Niki.ai, MadStreet Den, Netradyne and Locus.

The Finnish company, Salcomp, which is one of the key suppliers of chargers for Apple recently purchased Nokia’s idle factory for $30 Mn (INR 215 Cr) in Srperumbudur in Chennai. For the next three years, the company will be investing $300 Mn to start operations from this platform. With this investment, Salcomp plans to scale up its exports to about $2 Bn.

Foxconn, on the other hand, also started its manufacturing unit in Nokia’s Telecom Special Economic Zone (SEZ) in Chennai. The production has already started as a part of the 2019 Global Investors Meet (GIM) MoU. As part of the agreement, Foxconn will be spending INR 2,500 Cr investment in Tamil Nadu.

The social messaging app, Snapchat now shifts its focus to the Indian market and looks at aggressively expanding its user base in the coming years. Previously, the company was more focused on richer markets like the US and Western Europe.