In one of the most important developments this week, the US-based research firm, World Population Review, in its report announced that India is the world’s fifth-largest economy with a gross domestic product (GDP) of $2.94 Tn, followed by the UK and France, where the economy stood at $2.83 Tn and 2.71 Tn, respectively.

The report also revealed that India has emerged as an open-market economy from its previous ‘autarkic’ policies. In other words, the country has evolved from a self-sufficient nation to becoming a country with purchasing power parity of $10.51 Tn, which is comparatively more than that of Japan and Germany. It further said that the GDP per capita income of $2,170 has been achieved due to the higher population. However, India’s actual GDP has witnessed a massive decline since the last three years from 7.5% to 5%.

In another update, Cisco Annual Internet Report (2018-2023), revealed that with the increased penetration of affordable smartphones and low-cost internet plans, India is set to cross the 900 Mn mark of internet users in the next three years. The research further pointed out that the country will have 1.42 Bn users and 2.1 Bn internet-connected devices by 2023.

The Department For Promotion of Industry and Internal Trade (DPIIT) has urged the government regulatory bodies to set up startup cell to ease access to funding and mentoring startups. The startup cell will be engaging with new companies and help them resolve any regulatory and compliance issues in a transparent manner.

In an attempt to push the Make in India initiative in the Indian domestic manufacturing space, DPIIT has also decided to cancel tenders worth INR 30K Cr to international companies that follow discriminatory practices. This decision comes as a deliberate measure to create a level-playing field to Indian companies.

On the flip side, the DPIIT backed startups which had earlier requested an extension of concessions on employee stock options, have reportedly been denied such extension by the central board of direct taxes (CBDT).

The Indian government has set up a technology group which consists of a 12-member team consisting of principal scientific advisors. The group will now provide timely policy advice on the latest technologies, commercialisation of dual-use of technology developed in national laboratories and government research and development organisations, curate technology roadmap, and select appropriate programmes leading to technology advancements. With this, the group will be addressing various problems related to technology impact, standards, commercial viability and others. 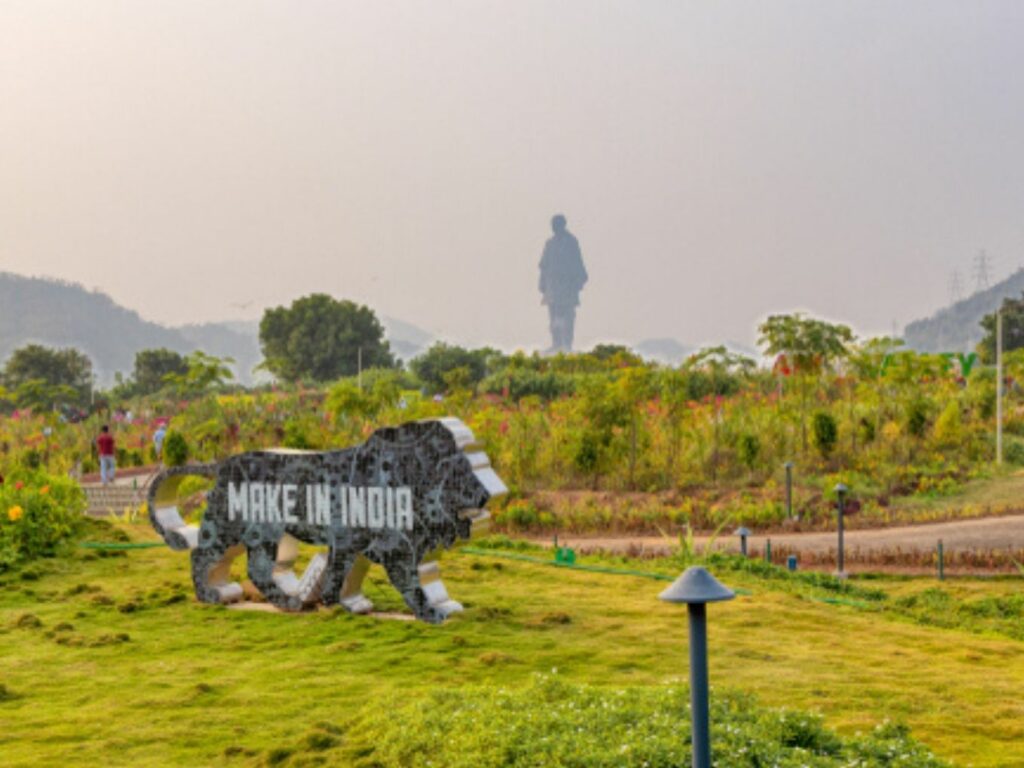 Let’s have a look at other happenings in the Indian startup ecosystem:

Aditya Ghosh, who now sits on the board of OYO and also an ex-CEO said that the relationship with SoftBank is purely transactional and denied any kind of speculations. Ghosh further clarified that no particular stakeholders, including SoftBank, gives the company any guidance. “You put up an annual operating plan and work very hard to deliver it,” he added.

Further, FabHotels has been allowed to present its opinion in an ongoing investigation case against hospitality companies, including MakeMyTrip, Goibibo and OYO over business models, predatory pricing, high commissions and non-uniform rates. The Competition Commission Of India (CCI) has also told FabHotels to serve a public version of its applications to all the parties involved in the investigations.

OYO chief Ritesh Agarwal recently said that the issues with the hotel partners have been raising across the markets, be it pricing, control, the process to exit and no refunds on cancellations, and the company is willing to lose all pricing control if the hotel partners are willing to give up on the minimum revenue guarantee OYO provides.

After reporting higher losses of INR 3960 Cr in FY19, compared to INR 1491.23 Cr in FY18, India’s fintech unicorn Paytm said that it has a three-pronged approach to getting to profitability. Paytm CEO Vijay Shekhar Sharma said that the company has identified the areas of improvements. He said that YoY, the company has been able to cut down their EBITDA losses by half. In the next two years, Paytm is optimistic about becoming profitable, said Sharma.

Paytm Mall, an ecommerce wing of One97 Communications, is now looking to tap India’s potential for exports. The company is planning to add ‘Made in India,’ products which include perishable goods such as rice, spices, tea, dry fruits, millets, essential oils among others. In the coming days, the company is planning to expand the market for Indian products in Southeast Asia, Middle-east, USA, Canada and Africa, thereby increasing the business opportunity for Indian sellers.

But the question is what changed in a quarter? Kinnevik said that Quikr had discovered that certain dealers and vendors within the managed rentals and car trade segments posted fake or misrepresented transactions on its platform. Kinnevik said that this had a dual effect of potentially overstating the value of transactions and revenue generated in these categories while introducing risk on the recoverability of receivables. 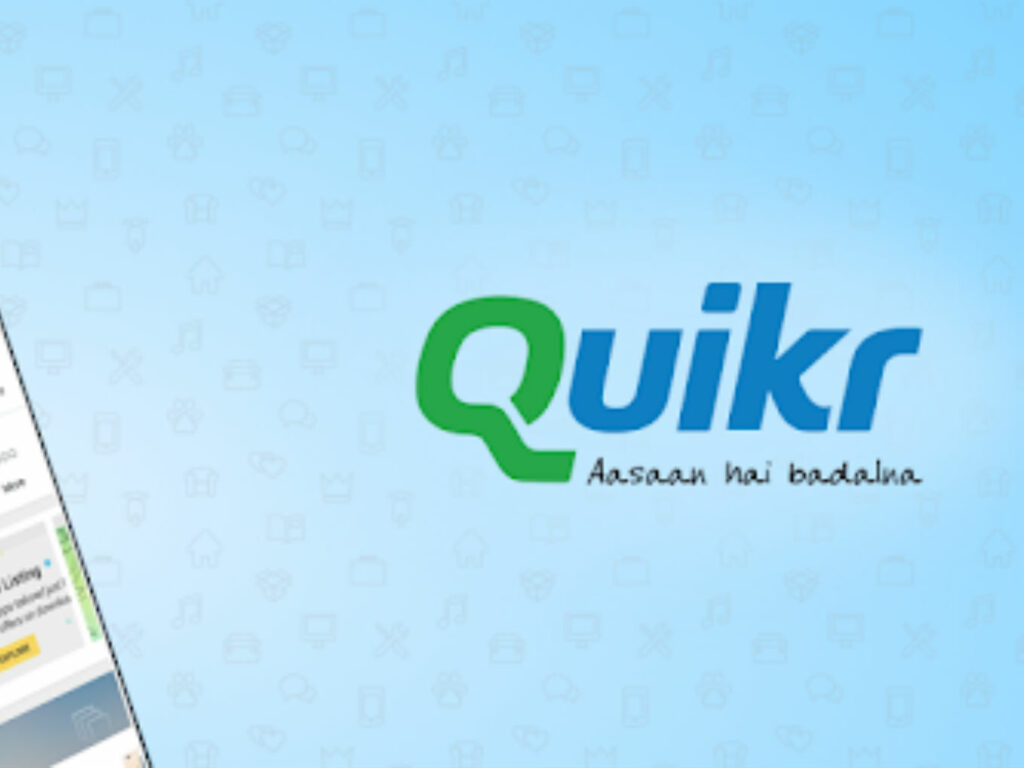 The fintech ecosystem in India gets a boost from SEBI as it has approved the regulatory sandbox programme for live testing of new products, services and business models developed by startups, particularly in the fintech space. The regulatory body is said to provide the necessary guidelines and regulations for startups to experiment with its products. However, the startups that are not regulated by the regulatory authority, will not be allowed to participate in the later stage of the sandbox programme. The selection criteria for this programme will be around existing investor protection framework, KYC and anti-money laundering rules among others.

NPCI Makes It Tough To Earn For PhonePe, Paytm, Others

The National Payments Corporation of India (NPCI) recently announced to remove payment service provider (PSP) fees for all domestic UPI peer-to-merchant (P2M) transactions till April 30, 2020. Prior to this, payments gateways like PhonePe, Google Pay, Paytm, Amazon Pay and BharatPe used to earn money for each and every UPI transaction. For instance, for INR 1 and INR 5, the payments platform used to get transaction fees worth INR 0.25. For the next two months, the payments platform will not be earning any money from P2M UPI transactions. This also means more transaction failures. 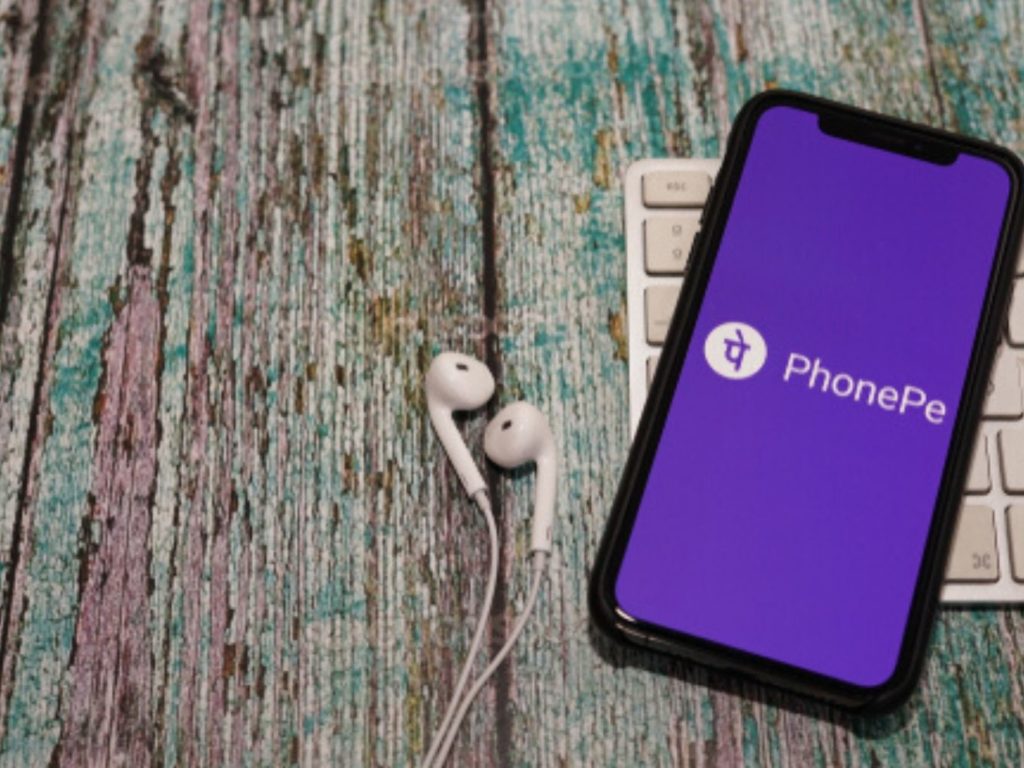 IAMAI Comes Against TDS On Ecommerce

The Internet and Mobile Association of India (IAMAI) recently wrote to the finance ministry stating that the deduction at source (TDS) over and above tax collected at source (TCS) deduction under the GST, is yet another compliance burden on digital ecommerce platforms. IAMAI said that this is a regulatory bias against online platforms as the deduction of TDS is not applicable for offline retailers. Currently, most ecommerce platform in India follows the marketplace model where they only sell products listed by third-party sellers, therefore, collecting and depositing taxes will impose more liabilities on digital platforms, said IAMAI.

According to the Budget 2020, the finance minister Nirmala Sitharaman had inserted a new section 194-O to provide a new charge of TDS at the rate of 1%. Accordingly, the ecommerce platforms should make the deduct the TDS based on the gross amount of sales and services.

The IT department has moved the Flipkart’s 2018 case of tax classification to Karnataka High Court, which issued a notice to the Indian ecommerce giant last month to appear and represent its case. The department had been questioning Flipkart over the reclassification of marketing expenditure and discounts as capital expenditure, which involves INR 110 Cr tax penalty on Flipkart for the tax assessed for FY15-16.

Also, Flipkart has been planning to launch its own wholesale business in the financial year 2020-2021. With this, the company plans to strengthen its supply chain capabilities and engagements with manufacturers. Flipkart has been working on this in Delhi NCR, where it has started supplying to kirana stores. The ecommerce giant is looking for potential investment and strategic partnership to take this forward.

In an ongoing investigation case against ecommerce platforms — Amazon and Flipkart, the Competition Commission of India (CCI) have failed to find any evidence proving their involvement in making exclusive deals with smartphone manufacturers. The CCI investigation began last month, January 13, 2020, where it alleged the two companies for being involved in unethical practices in violation of the competition law. But now it looks like it is business as usual since there is no solid evidence found as of now.

Flipkart has also raised an objection on the same, where they have filed a legal challenge against the ongoing investigation, and it claimed that CCI order was perverse (and) passed without any application of mind. Further, Flipkart said that CCI has failed in its duty to close the frivolous complaint and an investigation would harm the company’s reputation, leading to significant resource losses. 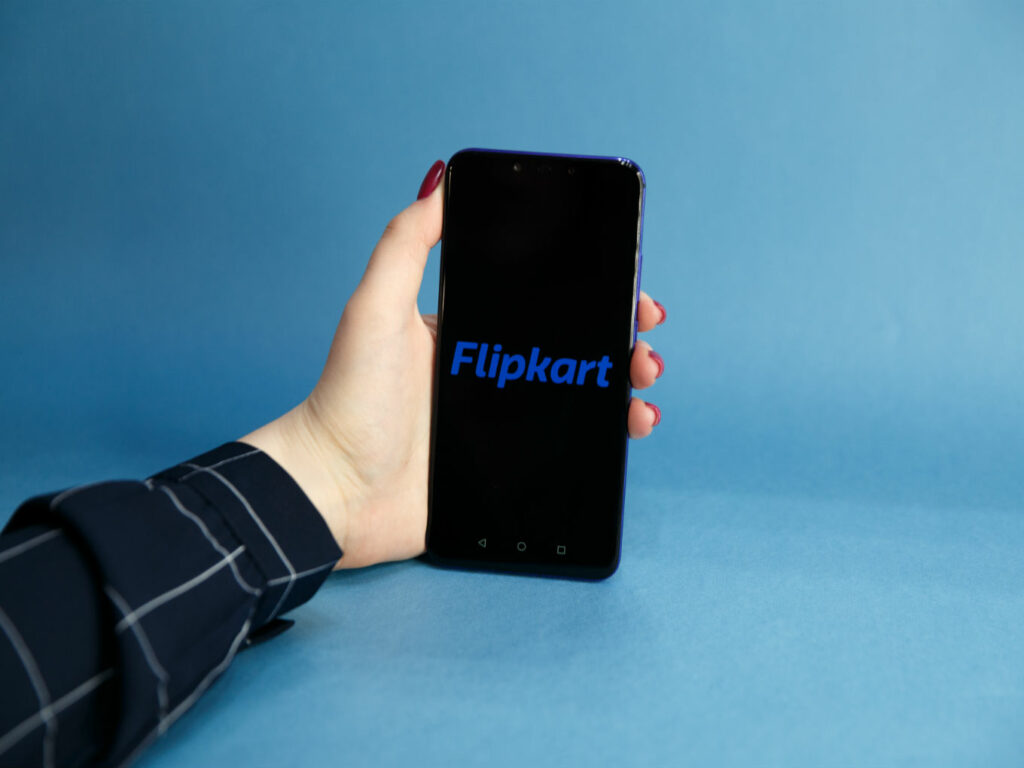 Ahead of the US President Donald Trump’s visit to India between February 24 and 25, there has been a lot of speculation that the two countries will be discussing various norms around trade deal, tax regimes, ecommerce policy, data localisation among others. In addition to this, Trump will also be meeting various industry thought and business leaders, includes Reliance Industries Limited chairman Mukesh Ambani, Bharti Airtel chairman Sunil Bharti Mittal, Tata Sons chairman N Chandrasekaran, Mahindra Group head Anand Mahindra, Larson and Toubro chairman A M Naik and Biocon MD Kiran Mazumdar Shaw and others.

In an attempt to control the spread of harmful content, including fake news and hate speech in India, the social media giant Facebook has decided to partner with Google, Twitter and others. The tech companies have formed an alliance called the Information Trust Alliance (ITA), where the group consists of digital platforms and publishers, civil society and academia, fact-checkers and others.

Sharing its concern related to the personal data protection (PDP) bill, the internet giants have taken the concern before the Joint Parliamentary Committee to review the bill. The association that represents these companies will be highlighting their concerns with written submissions next week.

Speaking at the Munich Security Conference in Germany, Facebook cofounder and CEO Mark Zukerberg sharing his concern over the regulatory issues said that the rules should be somewhere between the newspaper business and the telecom industry. He further said that the regulators don’t hold it on telecom companies if someone says something harmful on a phone line, and the data just flows through them.

A group of Saudi Arabia hackers called OurMine have constantly made headlines for hacking social media accounts of celebrities, private companies and educational institutes. Earlier this month, the group had hacked Facebook’s Twitter account. But now, the same group has hacked Twitter accounts of the Olympics and football club FC Barcelona. Twitter claimed that OurMine used a third-party platform for breaking into the accounts of Barcelona FC and the Olympics. Once the hack was identified, Twitter said that it locked down both the accounts. Currently, the social media platform is working with other partners to restore the accounts. 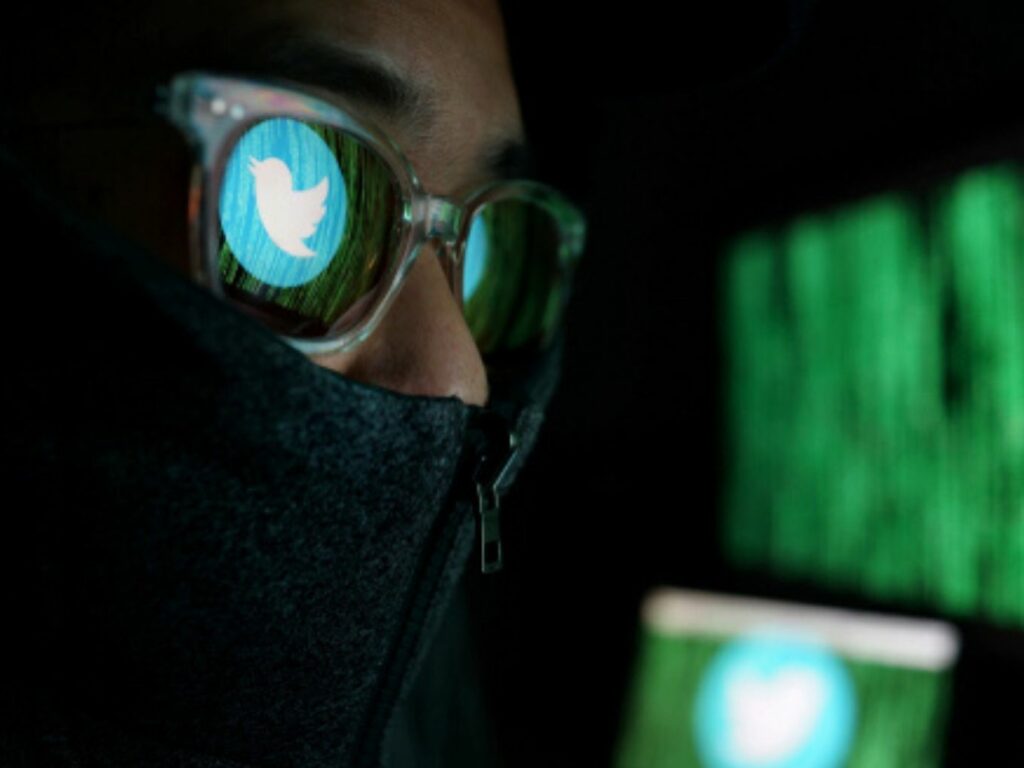