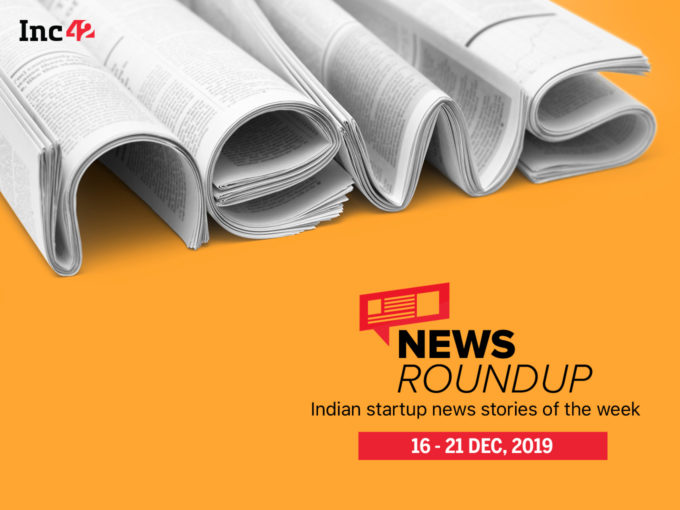 After the Citizen Amendment Act (CAA) law was passed on December 11, 2019, protests began to erupt across India. As the protest began to spread out of control, the Indian government sent a notice to telecom service providers — Airtel, Vodafone Idea and Jio as well Bharat Sanchar Nigam Ltd. (BSNL) and Mahanagar Telephone Nigam Ltd. (MTNL) were asked to shut down internet and SMS services in certain locations in the country since Monday (December 16). In Delhi, according to the police directive north and central districts, Mandi House, Seelampur, Jaffarbad, Mustafabad, Jamia Nagar, Shaeen Bagh and Bawana were shut down between 9 AM and 1 PM on Thursday (December 19).

Amid the chaos, emerged the US-based telecom startup Bridgefy, a mobile app that works without the internet. The app uses a mesh networking protocol for long-distance communication began to gain traction among Indian citizens. The social media was swamped by people recommending this app in the areas where the internet services were barred in the country.

Previously, Bridgefy also gained its popularity during the Hong Kong protest, where people protested against a controversial bill called the Fugitive Offenders amendment bill — a law that allows criminal suspects to be sent to mainland China for the trail. Another app similar to Bridgefy includes Briar Project, an open-source platform that offers peer-to-peer encrypted messaging and forums.

Oyo’s founder and CEO Ritesh Agarwal, breaking the silence, said that it has ended ties with numerous hotel partners over quality issues. Furthermore, he said that the protest is being led by industry groups trying to use the situation to increase property rates in the country.

Unfortunately, a lot of hotel partners are not happy with the terms and conditions of Oyo’s contract. Currently, Oyo claims to have over 18K hotels and 2.7 lakh rooms in India and South Asia. The hotel owners and associations like the Federation of Hotel and Restaurant Associations of India (FHRAI) have accused Oyo of affecting small entrepreneurs in the country by using unethical practices, deep discounting, unpaid dues, higher commissions and nonuniform contracts among others.

This week, Oyo, reportedly said that it plans to layoff more than 2,000 of its employees by the end of January 2020. The decision is allegedly taken to save manpower costs and integrate more tech solutions for some of its redundant processes in sales, supply chain, and operations among others. According to various sources, Oyo has already fired over 120 people from its sales team of 180 in Mumbai.

Oyo told Inc42 that the company is doing a performance-based system of grading employees, where Oyo has been evaluating employees, and if there is no improvement, they are replaced by relevant candidates.

In another update, Agarwal’s recent decision of buying back 15% of the stake in Oyo, has helped general partners (GP) of investment firms Sequoia Capital and Lightspeed Venture Partners to collectively earn anywhere between $400 Mn and $500 Mn.

This has doubled the valuation of the company to $10 Bn from $5 Bn, where Agarwal now holds 30% and Softbank owns 50% of share in Oyo.

Bengaluru-based edtech startup unicorn Byju’s recorded increase in its net revenue from INR 490 Cr in FY17-18 to INR 1341 Cr with a net profit of INR 20 Cr, and the company’s revenue growth increased from INR 520 Cr to INR 1480 Cr. In FY20, the company plans to double its revenue to INR 3K Cr. Byju’s has reached over 40 Mn registered users and 2.8 Mn are paid subscribers. In the span of one year, the company claims that the average number of minutes a student spends on the app has increased from 64 minutes to 71 minutes per day, and the annual renewal rates are as high as 85%.

Bengaluru-based foodtech unicorn Swiggy’s parent company Bundl Technologies reports a 5x rise in its losses, amounting to INR 2.3K Cr in FY19, compared to last year, INR 397 Cr. However, the company claims to have achieved a dominant position in the food delivery segment by recording a 4.2x increase in order volumes and 2.7x increase in its operating revenues despite a higher baseline. It has managed to increase its order volume to 1.4 Mn per day and has lost over INR 113 Cr due to order cancellations.

The company spent over INR 1.5K Cr for food delivery and INR 423 Cr to pay salaries and wages. In FY19, Swiggy has spent over INR 4.5K Cr, while food delivery alone cost the company more than it earned throughout the year. The company has also increased its spending on marketing and advertising by 80%, where it has spent INR 778 Cr in advertising and marketing activities in FY19, compared to the previous year, INR 154.85 Cr.

Realme Forays Into The Fintech

Gurugram-based Realme has entered the fintech market by launching its latest application called the Realme Paysa. The app provides services like lending, savings, payments and insurance. The company has rolled out a beta version at this moment. In the next six months to a year, it will be launching the complete version.

Realme Paysa has partnered with fintech startups like EarlySalary, Lendingkart and CreditMantri, to provide credit, small loans and credit reports to its users. Varun Sridhar told Inc42 that there would be more tie-ups as the platform expands. In the coming days, the company plans to offer larger ticker-size loans for SMEs and MSMEs.

In the insurance segment, Realme Paysa currently offers only screen damage for both old and new phones. Sridhar believes that the company will soon get a license from the Insurance Regulatory and Development Authority (IRDA) to offer other insurance services, including health, vehicle and travel among others.

Google Pay: After Diwali Stamps, What Next?

The tech giant’s Google Pay is working on the next round of very successful campaigns of Diwali stamps. Earlier last month, the payment gateway platform had launched a campaign where users had to collect stamps of festive products such as Rangoli, Lanterns, Diya, Jhumka, Flower, to earn cashback on getting all collecting all the five stamps. Well, the next campaign is under works by Google Pay for the upcoming new year 2020.

Google Pay’s 2020 campaign most likely to involve the camera and microphone as a means to earn stamps. Earlier, Google had rolled out similar called Google Pay On – Air, where the users can open this section if they encounter any Google Pay ad on YouTube or Television. The app would then listen to the advertisement and then provide a Google Pay scratch card as a reward to the user.

Sweden-based caller-id and payments app Truecaller is reportedly testing its financial service products. Early next year, the company will start to offer small business loans and credit to 140 Mn users in the country. Also, the company is looking to strengthen the preparedness before going public in 2022. It believes that the next three is crucial for the business as it plans to generate equal revenue from subscriptions, advertising and fintech.

Amazon is running a farm-to-fork pilot project in Pune, where it will be directly working with farmers to source fresh produce. Currently, Amazon is working with dozens of farmers in the state. The company has set up several cold-chain storage hubs in the regions to supply fresh produce through its online grocery platforms Amazon Fresh and Amazon Pantry.

The research firm Nielsen recently released a report which showed that one out of every two products sold on ecommerce platforms such as Amazon, Flipkart, Snapdeal and others belonged to the fast-moving consumer goods (FMCG) category. However, some experts believe that there is a crunch of consumer spending due to the economic slowdown.

Additionally, the report also highlighted that the FMCG goods account for 56% of the total sales by ecommerce platforms, in terms of volume. On the other hand, in terms of value, the FMCG products only make up 11%. This imbalance in the value and volume can be attributed to the low cost of these FMCG products.

The Ministry of Commerce and Industry has launched a national outreach programme, where the Government-e-Marketplace (GeM) Samvaad, an ecommerce market place aims to bring local sellers across the country on GeM platform.

Launched by the secretary of the department of commerce, Anup Wadhawan, the outreach programme will take place with stakeholders and local sellers across the country. Through this, the government plans to facilitate the on-boarding of local sellers on the marketplace while catering to specific requirements and procurement needs of buyers. The programme started on December 19, 2019, and will go on till February 17, 2020, which would be covering all the states and union territories in India.

Recently, a Ukraine-based cybersecurity researcher Bob Diachenko discovered the data breach on Facebook. He said that the data breach was most likely the result of an illegal scraping operation or a misuse of a Facebook application program interface (API) done by a hacker group in Vietnam, as a result, over 267 Mn Facebook users personal data were hacked. Personal information like Facebook ID, phone number, name among others were exposed. He further said that most of the affected users were from the US.

Many users across the globe began to panic after seeing a pop-up on their laptops, desktops and smartphones, showing users a warning saying that the passwords may have been stolen as part of a data breach incident or a leak, due to the latest Chrome 79 update. However, the update was stopped midway after a bug was discovered for Android users. Now, the updates have been resumed, many users reported that the browser was alerting them about potential data breaches.

The social media giant Facebook is trying out a new fact-checking programme in the US ahead of November 2020 United States election. The company will be working with data services provider Appen to source community reviewers to help the social media platform detect misinformation faster.

In a Reuters report, the social media giant stated that the data company YouGov conducted an independent study of community reviewers and Facebook users, who will be hired as contractors to review content flagged as potentially false through machine learning (ML) before the information is sent to Facebook’s third-party fact-checking partners.