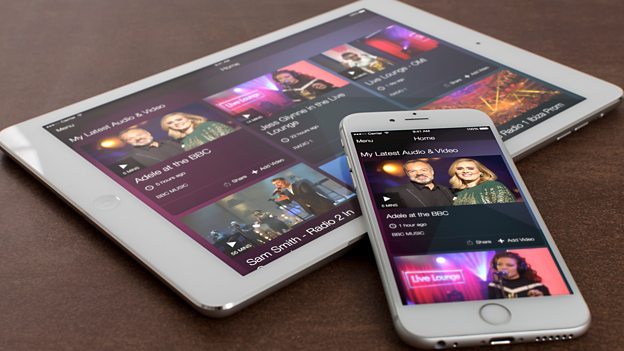 This week, in a shocking move, PM Narendra Modi announced demonetisation of the INR 500 and INR 1,000 currency notes, raising a series of repercussions for the Indian startup ecosystem.

As an immediate reaction to this move, ecommerce giants like Flipkart, Snapdeal, Amazon India, and Shopclues have revised their consumer policies. While online marketplace Amazon India has currently disabled the cash-on-delivery payment option for all its orders, Flipkart has restricted the COD option for orders above INR 1,000, and Snapdeal for orders above INR 2,000.

Also, e-wallets are seen to emerge as the clear winner, with Paytm claiming to register 1000% jump in add-to-cash-transaction.

Ebay Goes On A Firing Spree

US-based ecommerce marketplace eBay has fired its entire product and tech team in India, except 15 officials, who might move to the US. The dismissed officials were working out of eBay’s development centre in Bengaluru.

Visa, Micromax, and TranServ have launched mVisa for all Udio mobile app users across the country, which include Micromax smartphone users. It is an open platform that provides developers to merchants, financial institutions, technology companies, and startups with access to some of Visa’s payment services and capabilities to create new digital commerce experiences.

US-based footwear and apparel maker Nike has launched its online site Nike.com in India. The move is aimed at facilitating a wider range of products to its Indian customers. The website in India will offer its complete range of products, including services like exclusive products, color choices, and Nike iD.

Flipkart has revised its commission rates for sellers while launching a new loyalty programme that will reward the top sellers. Sellers will now be categorised under three categories – namely, gold, silver, and bronze. With gold being the highest-rated, sellers achieving those targets will be eligible for benefits and rewards including discounted shipping fees.

Paytm has introduced the ‘Nearby’ feature on its platform. This will enable Paytm customers to get information about their nearest Paytm merchant. Paytm ‘Nearby’ will carry a directory of 800,000 Paytm’s offline merchants and partners across India. Customers on their Paytm app or web can now browse through a list of shops & locations near them that offer services like accepting Paytm, adding cash to Paytm wallet & upgrading accounts by doing KYC.

Babajob.com, a blue and grey-collar job platform, announced to launch a new payment interface to pay employees, including housekeepers, cooks, drivers in a hassle free digital manner. This feature will enable ‘regular employer to employee payments for monthly salary payments’ – all done digitally.

Shotang, the on-cloud marketplace, announced that it has registered nearly 10,000 retailers on its platform. It has started operations in the three major cities of Chennai, Pune, and Delhi over the last one month in addition to Bengaluru and Hyderabad where they were already present. The platform currently has a strong supplier base with products of over 120 brands being available through the marketplace.

Razorpay, an online payments platform, announced the launch of ‘Express Activation’ for all offline businesses in India. ‘Express Activation’ will allow merchants to get their account approved and activated within one hour of submitting relevant documents. The initiative will help small merchants who have been primarily transacting through cash until now. Razorpay expects 5x growth in merchants to get onboard within the next 30 days.

GO-JEK, one of Southeast Asia’s leading startups from Indonesia, announced the opening of its engineering facility in Bengaluru. This facility will also become the training centre for GO-JEK engineers both from Indonesia and India, to support GO-JEK in building on its initial success as the largest on-demand application of choice for all Indonesians.

Box8, an online food delivery startup operational in Mumbai, Pune, and Bengaluru has launched ‘Pay Online after delivery feature.’ Box8 receives almost all orders online, through the website and app. These orders are a mix of ‘online payment’ and ‘cash on delivery.’ With this new feature, they hope to tilt the ratio in favour of online delivery.

Axis Bank has announced its partnership with Flipkart to launch ‘Axis Bank Buzz Credit Card’. The Buzz credit card will offer a bouquet of benefits like the welcome benefit of INR 1,000 worth Flipkart Voucher, an exclusive discount of 5% at Flipkart throughout the year and accelerated reward points to ensure a delightful online shopping experience. Additionally, the customer is also entitled to get Flipkart vouchers of up to INR 7,000, which will be linked to the purchases made through the card.

YouTube has announced the launch of YouTube Kids in India, after launching it in over 20 countries earlier. The standalone, family-friendly app makes it easier for children to find videos on topics they want to explore and is available for free on Google Play and the App Store. With larger images and bold icons, YouTube Kids is fast and simple for little thumbs to navigate and also offers voice search to let children find video’s even if they can’t spell or type.

Vakilsearch, an online legal service provider, has introduced Payroll Management Services. With this move, businesses with up to 30 employees will have access to affordable payroll solutions, from employee record maintenance to IT service filing. Vakilsearch also offers a tailored plan for businesses with over 30 employees, available on special request. Earlier this year, Vakilsearch had introduced the EMI option for their customer using services across India.

Droom Expands Its Services To 200 Cities

Droom, an online automobile transactional platform, has announced the expansion of its services into 200 cities. The latest milestone was driven largely by the greater adoption of Droom’s tech-driven platform which makes buying and selling vehicles more transparent and convenient for users across the country.

BEST which is one of the lifelines of Mumbai and the largest bus agencies in India has involved Ridlr, in association with Trimax, to become their official mobile ticketing partners. BEST commuters can recharge their bus passes with the app.

Jugnoo, a mobile auto aggregator, has announced its association with Jaipur Metro Rail Corporation (JMRC). It will simultaneously fulfill its objective of providing first and last mile connectivity to all Jaipur Metro passengers to/from all 9 metro stations through its convenient on-demand mobile-friendly app.

Food delivery startup, Runnr has launched a new product called ‘Runnr Meals’ for corporates. This platform is designed to understand the ordering pattern and preference of a particular corporate or a user and curates its meal options accordingly, thereby enabling personalization for users. For this programme, Runnr has also teamed up with a number of nutritionists to design lunch specific meals. The platform allows users to pre-order the meal box they’d like. The ordering time is flexible for customers and the delivery time is between 1pm to 1.30pm.