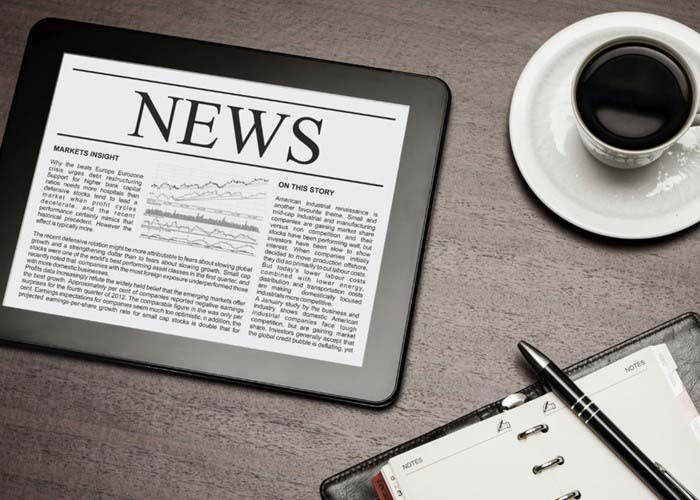 In the last leg of its journey, TechMarch 2016 touched Coimbatore and then reached Kolkata this week. The team selected 8 startups from both the cities which included Skynet, Bleeding Edge, SATARK, Rootalpha, Blacro Technologies Pvt Ltd, Gunpoint Technologies LLP, Weigh Smart, and SmartAgri. Earlier, it had selected over 57 startups from six cities i.e. Bengaluru(14), Hyderabad (7), Cochin (6), Mumbai (11), Ahmedabad (9), and Delhi (10).

In another development, Nasscom announced the top 50 emerging startups from Nasscom Emerge 50 2016 awards, during the Nasscom Product Conclave 2016. The startups who made it to the top 10 are Edge Networks, Cardiac Design Labs, Lechal, Hansel.io, iFuture Sytems, Indix, Indus OS, LogicLadder, RazorPay, and Sirion Labs.

And in collaboration with Zinnov, Nasscom also forecasted that the Indian startup ecosystem is poised to grow by 2.2X to reach over 10,500 startups by the year 2020.

Gurugram-based hyperlocal grocery delivery startup, Grofers has ditched its app-only model and has launched a desktop website. The service via the website will be initially available in 10 cities viz. ­Ahmedabad, Bengaluru, Chennai, Delhi-NCR, Hyderabad, Jaipur, Kolkata, Lucknow, Mumbai, and Pune.

Cab aggregator Uber has raised an objection to Maharashtra’s draft rules to regulate ride-hailing apps. As stated in a company statement, some of the proposed rules, if adopted, would mean an end to the Uber that Mumbaikars know and love today. The complaint states the objection on three fronts – the proposed restrictions on engine capacity, price tags for permits, and pricing.

Uber has also launched its operations in Lucknow, Uttar Pradesh this week. Now, it is present in 29 Indian cities and claims to have a base of over 4 Lakh driver partners.

Zopper, a Delhi-based hyperlocal marketplace has made its foray into the retail fintech industry with its EasyPOS platform. The financing solution, claims to reduce daily operational cost and increase profits by increasing sales through consumer financing.

Pre-owned fashion products and accessories, hobby items such as musical instruments, sports equipment, collectables, and vintage items have steadily been growing on OLX, and the new app will facilitate further growth for these under-penetrated categories. OLX expects to double its growth rate as a result of these changes in the next one year.

After a successful foray in Chennai, mobile app-based cab-aggregating platform UTOO has rolled out services in Hyderabad. Furthermore, UTOO will also be rolling out a loyalty programme to reward frequent commuters. UTOO aims to counter the strong undercurrent of dissonance amongst driver partners that has been created due to the power imbalance between traditional aggregators and drivers.

BMW India and Ola have signed a Memorandum of Understanding to enter into a strategic association. BMW is now the ‘Lux Category Partner’ for Ola. Ola ‘Lux’ is a one-of-its-kind luxury car offering category that allows discerning customers to enjoy an unmatched premium experience.

Autoyaar, an online marketplace for automobile servicing of two-wheelers and four-wheelers has announced the launch of its operations in Pune. Headquartered in Ahmedabad, the startup is bootstrapped and plans to operate in other cities such as Mumbai, Delhi, Hyderabad, and Goa in a phased manner.

Telenor India recently launched the next-generation app with an aim to reduce complexity around mobile technology and simplify the life of its customers. The app allows customers to do quick recharges without any registrations, enquire about their balance, get customised and personalised offers and plans, view the last five transactions, manage multiple Telenor accounts and do much more in a few simple steps.

Paytm has partnered with healthcare retailers, thereby eyeing 15-20% share in offline stores through similar partnerships in the O2O category. Paytm customers can now pay for their medicines at 98.4 Degrees and Fortis Healthworld using the digital wallet.

AlternaCare Ties Up With Uber

Telemedicine platform AlternaCare has teamed up with Uber to provide 24×7 health care services to their drivers. Uber drivers have long and hectic working hours and therefore with this tie-up, they can easily get in touch with doctors if required 24×7. Drivers can access consultation services through a number of mediums including voice calls (no Internet required), mobile & desktop web (video), SMS and even through various chat platforms including Whatsapp.

YES BANK has tied up with ToneTag, a proximity communication company to integrate and deploy ToneTag sound based contactless payments on their mobile wallet YES PAY. The technology will allow YES PAY wallet users to make ‘cardless’ payments at merchant outlets through their mobile phone. The live demonstration of Yes Pay app using ToneTag Sound wave technology was showcased at Nasscom Product Conclave 2016 in Bengaluru recently.

Cab aggregator Ola has launched two new tech features to further enhance its cab booking and boarding experience. The ‘Just in Time’ feature sends real-time smart notifications to users, at the instant when a cab becomes available or when peak pricing for user’s desired cab category ends. Ola has also rolled out ‘Rich Notifications’ on its app, which helps users track their booked ride through real-time Push Notifications.

Hike Messenger, has launched video calling feature for its users. Video calling, the beta of which was rolled out in September this year to a select set of less than a hundred thousand, will now begin to roll out to the entire user base starting with Android users this week.  The feature has been built for a reliable and high-quality video experience that works even under challenging network conditions, including good quality 2G.  It also provides a live caller preview wherein users can see a preview of the caller before answering the call.

Started and based in Stratford, East London UK, Letstrack, an app-to-app and app-to-device solution has been launched in India. It helps  gather quality information that can help strategise, plan, manage and optimise things in everyday life. Women and child safety, automobile safety and optimisation, team and fleet management are a few of the top concerns that will get immediate benefit, support, and application from Letstrack App and Devices solutions.