ShareChat has removed over 487K pieces of content and removed 54,404 accounts since February 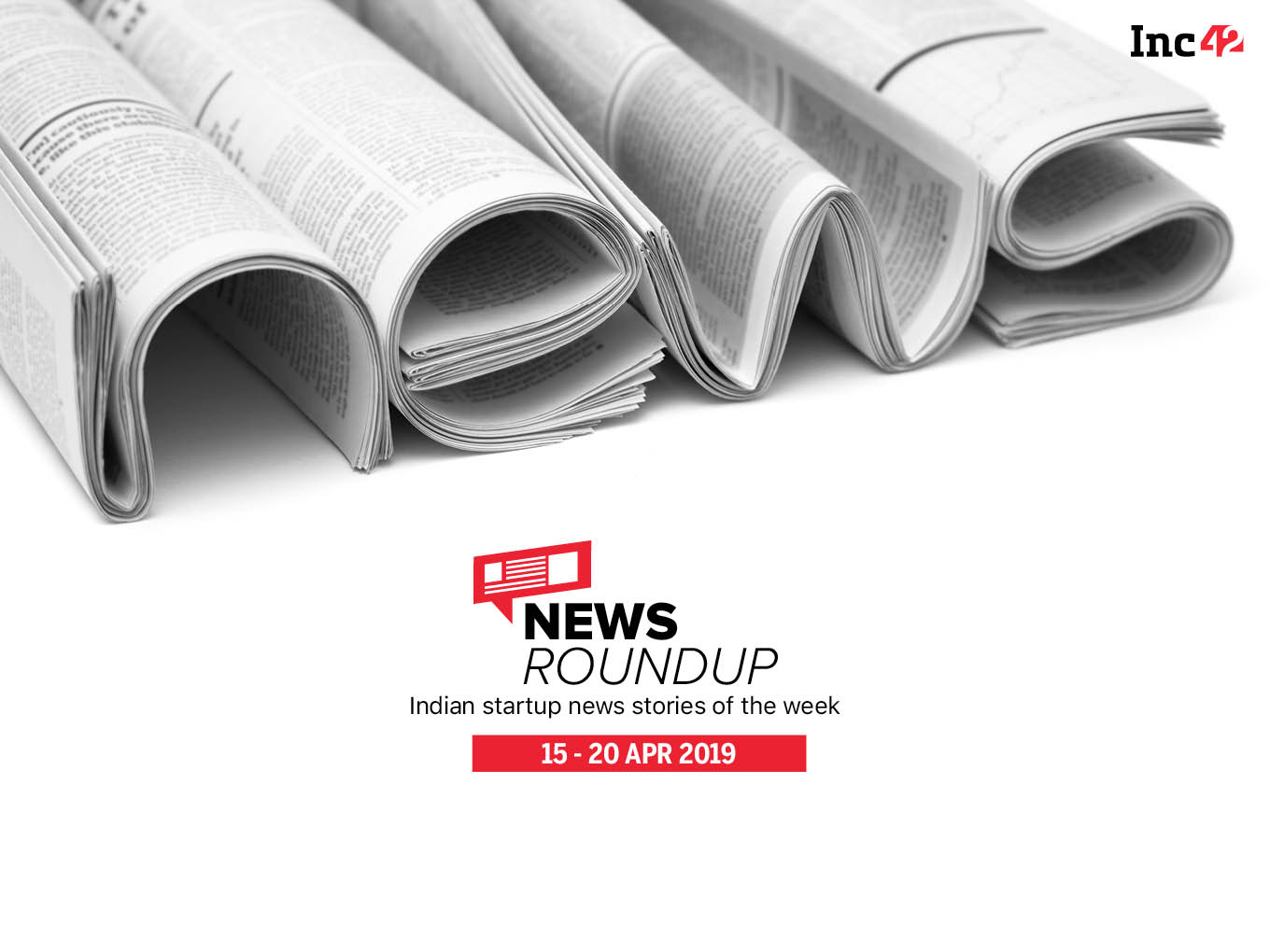 This week one of the biggest happenings of the startup ecosystem was the removal of ByteDance-owned TikTok app from Google Play Store and Apple App Store following the directions from India’s Ministry of Electronics and Information Technology (MeitY). The MeitY order will only impact new downloads of the app but those who have already downloaded the app will still be able to use it.

This development comes right after the Madras High Court’s hearing on April 16 where it has refused to suspend the ban on TikTok. The court also appointed Advocate Arvind Datar as independent counsel in this case. The next hearing at the HC is set for April 24, while the Supreme Court will hear the matter again on April 22.

According to a report in Business Insider, the social media giant has been harvesting email addresses in users’ contact lists since May 2016. It affects any user who wants to create a Facebook account with less popular email domains such as Yandex or GMX. A Facebook spokesperson confirmed that 1.5 Mn contacts were ‘unintentionally collected’ by the company, and were used to enrich Facebook’s friend recommendations feature. However, there is no clarity on whether the contacts were used for ad-targeting too, or were accessible to Facebook data brokers. Netflix has said that its investment towards developing localised content for the Indian market is helping the company record higher subscriptions and increasing watch hours. Netflix India had a profitable FY18 for the period ending March 2018, with a net profit of INR 20.2 lakh. Netflix India also reported a total revenue of INR 58 Cr and a total expense of INR 57.6 Cr for FY18.

Bengaluru-based vernacular social and content platform ShareChat has removed over 487K pieces of content and removed 54,404 accounts since February for violating its community guidelines and terms of use. With the Lok Sabha elections currently underway in India, the platform has intensified efforts to police content being shared by users and ensure that it is not used for voter suppression or misinformation campaigns.

Accompanied by EVP Corporate Affairs Dan Bartlett and Dirk Van den Berghe (EVP and Regional CEO Asia and Canada), Walmart CEO Doug McMillon addressed a townhall of Flipkart employees where he said that Walmart continues to be committed to the Indian market given the huge opportunity that the country presents.He also emphasised that a level-playing field is important to ensure growth for businesses operating in the country. McMillon lauded the efforts of Flipkart in creating a brand that has brought online shopping to millions of new customers in India.

Mukesh Ambani-led Reliance group is now withdrawing its lifestyle products including apparel and footwear from soon-to-be rival marketplaces i.e. Amazon and Flipkart. The company is looking to maintain the partnerships as well as franchisee agreements till stocks last, but has no plans to renew. Reliance Brands has been instructed by the head office to stop supplies to third-party marketplaces from this month and sell only on Ajio.com and through branded sites for partner labels.

Hotstar has increased its monthly subscription charges for Premium content from INR 199 to INR 299. This past month has been a huge success for Hotstar. After the launch of the new Indian Premier League (IPL) season on March 23, the company registered a viewership of 267 Mn viewers in the first three weeks. Another roar of viewers came in when the Game of Thrones Season 8 was released this week and Hotstar saw a positive impact from the huge interest in the show.

Mukesh Ambani-owned Reliance Jio Infocomm has now approached the Department of Telecommunications (DoT) for an in-flight connectivity licence which will allow users to avail data services while travelling through domestic and international lines. The telecom department has also received applications from Ortus Communications, Station Satcom and Cloud Cast Digital. 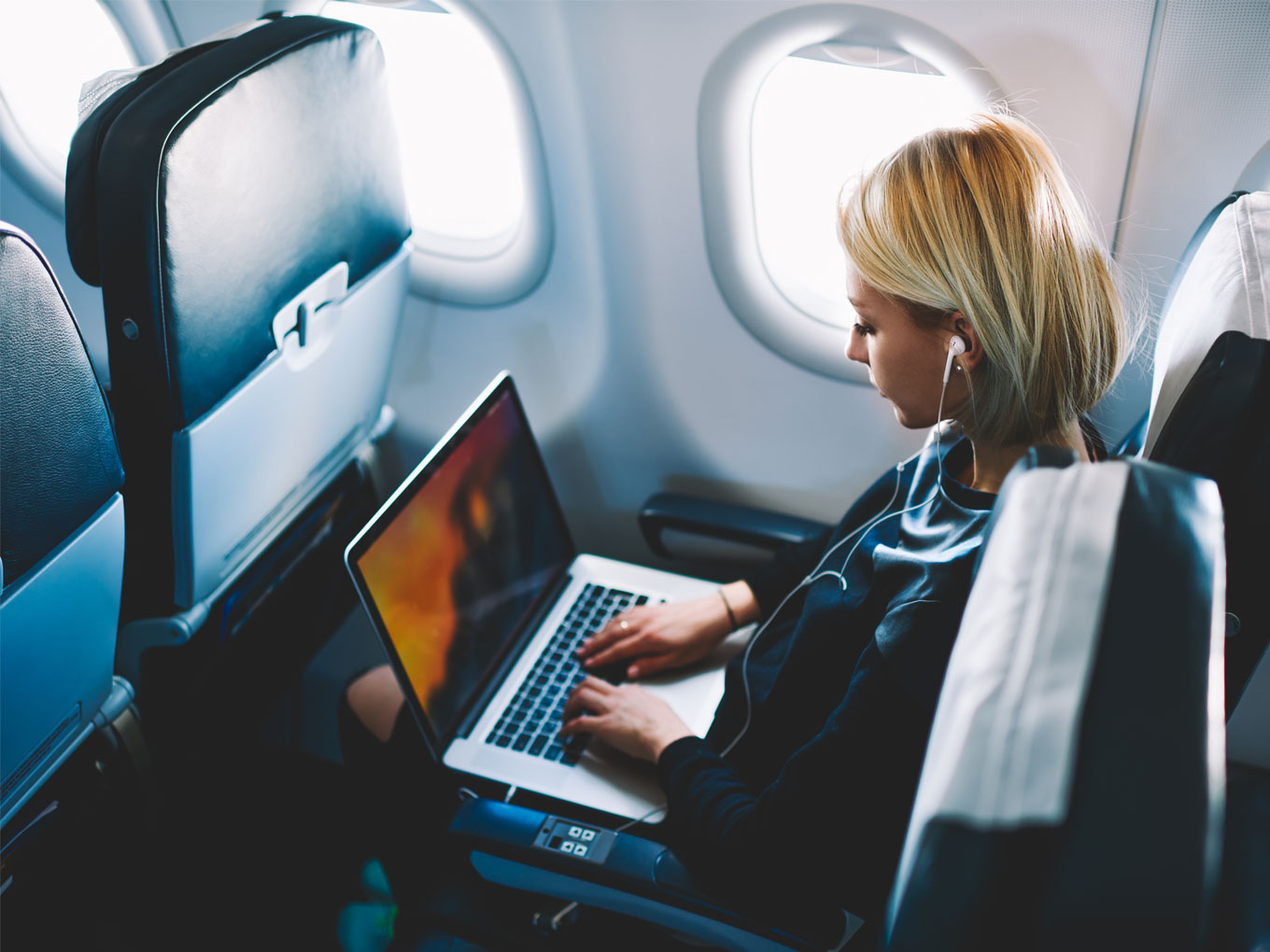 Cab aggregators Ola and Uber can re-commence the registration of new cabs from April 15 in Maharashtra. The development was conveyed by the state transport ministry to a state-wide union of cab drivers known as Federation of Tourist Taxi Operators. This announcement comes after the tourist federation had complained on Friday (April 12) that registration of new cabs had been abruptly stopped by the regional transport office (RTO) since April 1. According to the cab aggregators, not a single cab (with an engine capacity of less than 1400 cc) has been registered since then.

The company had been silently working on a revamped version of Hike infused with machine learning and artificial intelligence technologies and more emphasis on using stickers for conversations, instead of text. The revamped app is called Hike Sticker Chat and it’s built from the ground-up for a sticker-first experience, along with elements from a typical social media platform. 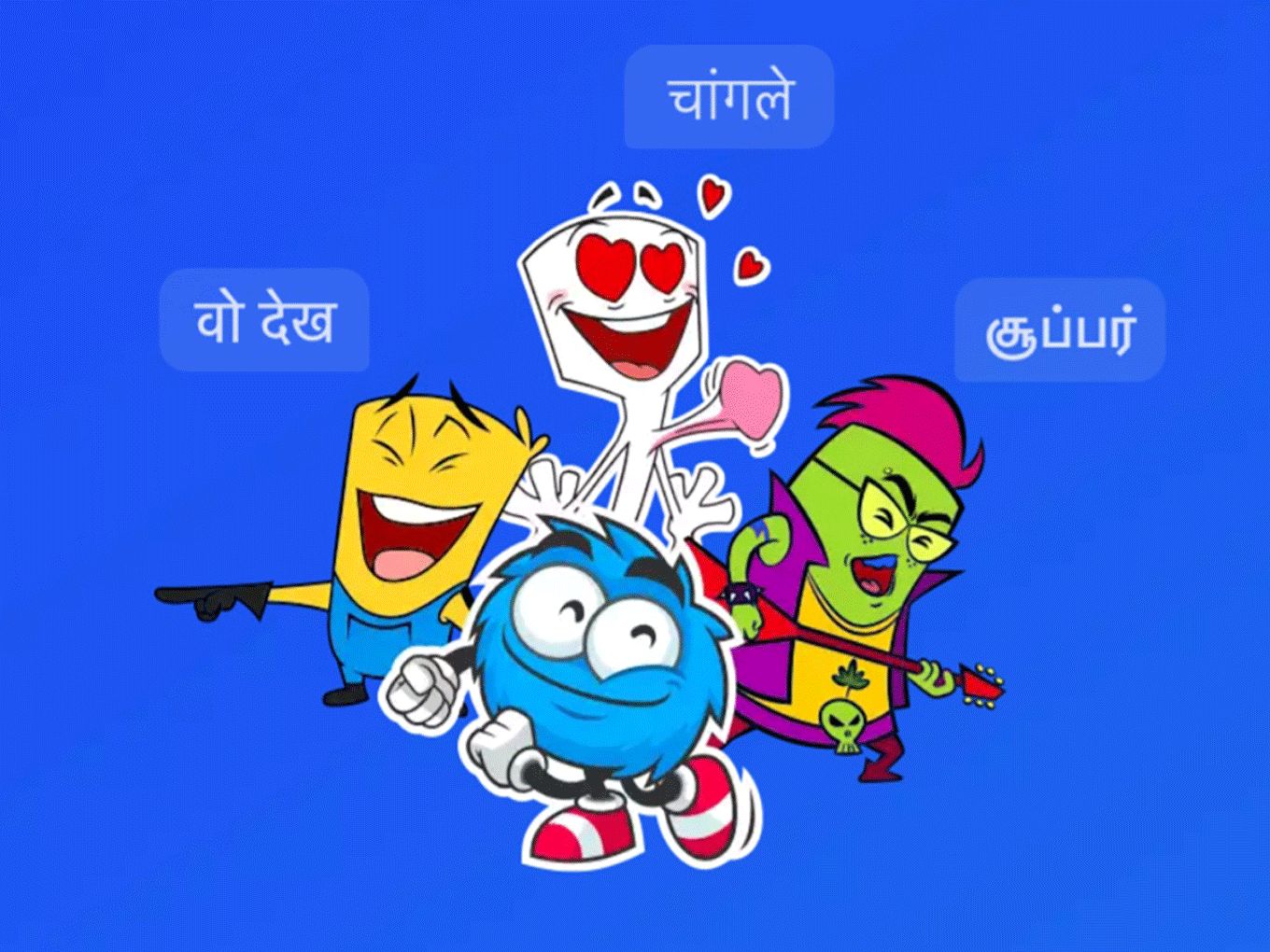 The Reserve Bank of India (RBI) has now released a draft ‘Enabling Framework for Regulatory Sandbox’ that will allow fintech startups to test within a regulatory sandbox (RS). After successful sandbox testing, fintech startups may still need regulatory approvals before their products, services, or technology can be permitted for wider application, according to the draft.

On April 10, the Delhi High Court banned nearly 30 torrent websites whose content was violating the copyright of film production companies such as Twentieth Century Fox and UTV Software Communication Ltd. The case was filed by UTV Communications and Twentieth Century Fox, seeking directions to ban torrent websites, such as RARBG, YTS, ExtraTorrent and Pirate Bay, which were contain links to torrents of original content produced by them. The order by Justice Manmohan has now banned these sites from hosting, streaming, reproducing or distributing such content, including movies, music and shows. 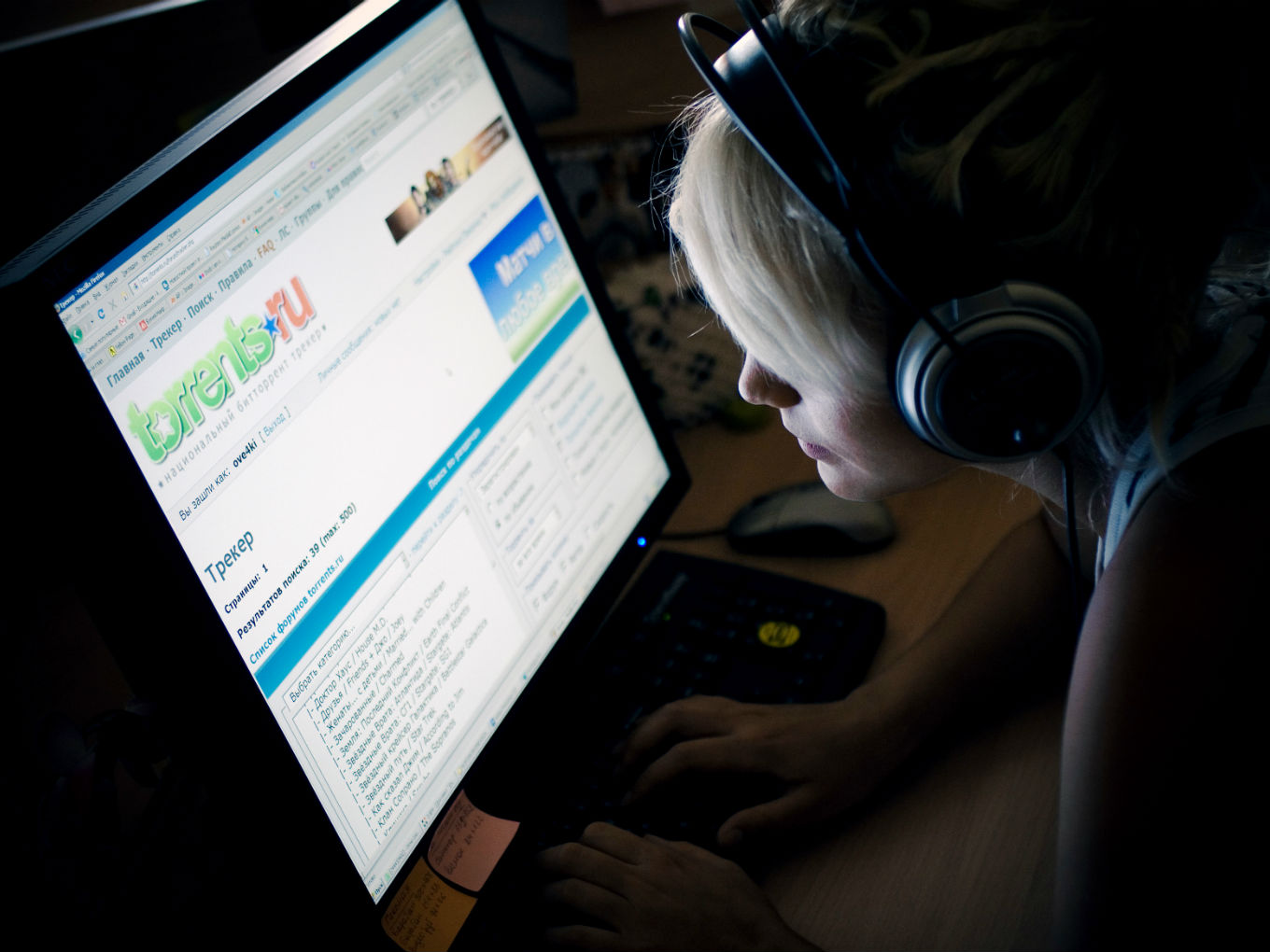 An independent security researcher has discovered a major security loophole in Mumbai-based hyperlocal search engine Justdial’s database that has exposed user data from over 100 Mn users. Rajshekhar Rajaharia told Inc42 that the data could be accessed publicly since 2015. Later, a Justdial spokesperson said that the issue has been fixed.

According to a Billboard report Amazon has entered into discussions with record companies to launch a free, ad-supported music service, which could be launched as early as next week. It’s not yet clear how the free service will coexist with Amazon Prime Music, the company’s paid music streaming offering.

Hearing a lawsuit filed by Delhi-headquartered film entertainment company PVR Cinemas, the Delhi High Court has asked Justdial to restrain from using the registered mark PVR or any deceptive variant thereof which is identical or similar to PVR in respect of meta-tags in any manner. On May 31, 2016, Justdial had entered into an agreement with PVR to list PVR Cinemas and its shows and other related details on its search pages. The agreement expired on August 15, 2018 but Justdial continues to show PVR Cinemas as well as the timings of the shows on its app.

Amazon Could Offer Credit Options For Smartphones In India

Ecommerce platform Amazon is reportedly planning to subsidise premium smartphones for Indian buyers through a credit offering. The company is reportedly partnering with banks, financial institutions and credit rating companies to enable credit options for the smartphone buyers.

On April 4, the Division Bench of the Delhi High Court had set aside its November 2018 order in the case of ecommerce platform ShopClues vs US-based headphone maker SkullCandy and French personal care company L’Oreal. The HC further directed Justice Pratibha Singh to reinvestigate and present the case again in a hearing on May 6, 2019. The Delhi High Court’s earlier order had denied ShopClues protection under Section 79 of the IT Act, which offers safe harbour to intermediaries (or marketplaces, in this case). Also, the court had restrained the ecommerce platform and other online sellers from selling counterfeit products.

In an official blog post, YouTube said that users would see Top News highlighting prominent news stories from authoritative news sources in search results, while the Breaking News feature will be seen on the YouTube home page for mobile and web users. Breaking News includes clips from the latest trending news topic. According to the company, both features have been launched in more than 30 countries, including India, where it is seen in English and Hindi.

Hong Kong-based coworking startup, Garage Society announced its plans to launch new coworking spaces in three new locations across Gurugram. These new spaces offer a total of 2,900 seats, that are designed to include all modern office amenities. These spaces will offer an executive board room for 35, training rooms and will also include daycare facility, last mile connectivity and in-house F&B options. Located on Golf course extension road, all these coworking hubs have already been completely sold out and will be 100% occupied on their launch date.

PVR Ties Up With GyFTR To Power E-Gift Vouchers

PVR Cinemas, film exhibition chain in India, has tied up with peer-to-peer gifting platform GyFTR (Vouchagram) to power its e-gift vouchers. The brand will now feature their e-gift vouchers on the GyFTR platform, which will be available for purchase in the following values: INR 100, INR 250, INR 500, and INR 1000. PVR customers can use e-gift voucher powered by GyFTR to book PVR movie tickets online and can redeem only one e-gift voucher on one bill.

Noida-based mutual funds subsidiary of digital payments giant Paytm, Paytm Money has launched its web and mobile web version to assist users with the discovery & research of mutual funds while simplifying investments. Users shall continue to invest via the Android & iOS apps of Paytm Money for now and the company aims to introduce the ability to invest through web platform soon.