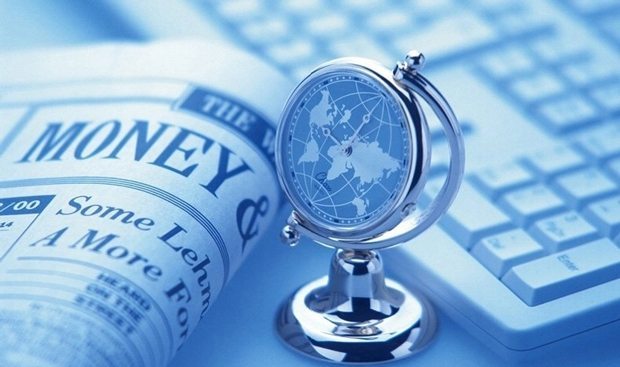 Chinese smartphone maker OnePlus has announced the launch of its exclusive ecommerce website in India. The move on OnePlus’ part appears to create a personalised shopping experience for its Indian user-base.

The Indian Express Group has launched its video content platform InUth.com in beta. The new content format will be the key differentiator. This will include gifs, memes, audio stories, timeline formats, Instagram stories, and Snapchat stories.

Reliance Jio has claimed a world record by crossing the 16 Mn subscriber mark in its first month of operations, i.e September. Jio achieved this growth faster than any other telecom operator or startup in the world, including the likes of Facebook, Whatsapp, and Skype.

Gurugram-based mobile wallet company MobiKwik has launched Unified Payments Interface (UPI) on its platform. The new payment option will allow Mobikwik’s users to access online payments via the UPI with added services like net banking, wallets, and credit/debit cards as well. It has entered into a partnership with ICICI bank to allow its users to load money into their wallet with the UPI.

New Delhi-based foodtech startup FoodCloud has been inducted into the Startup India Programme by the Government of India and the Ministry of Commerce & Industry. Earlier in April 2016, FoodCloud was accepted in the Fb Start programme too.

Living Enterprises Pvt. Ltd, run by Mumbai-based Essel Group has forayed into online food delivery segment, with the launch of its platform Gorb. It offers a ‘daily menu’ that is prepared by home chefs and curated by ‘in-house experts’. The chefs associated with the company will also be provided with an opportunity to host their own cooking show on Essel group’s TV channel Living Foodz.

Uber to Launch Uber Everything; Partners With Standard Chartered Bank

On the other hand, the unique partnership with Standard Chartered will offer bank cardholders in six markets up to 25% cash-back for global Uber rides. The list includes Singapore, Indonesia, Malaysia, Vietnam, India and the United Arab Emirates.

Amazon India has launched a global store which will facilitate Indian customers to buy selected products from Amazon.com, the company’s American website. Users can proceed with their payments via net banking for the same. The global store will offer a selection from brands that are otherwise not available in India. The products bought will come equipped with local customer care services and delivery. The prices would be inclusive of import duties and other taxes, and Cash-on-delivery (COD) option would not be provided for the same.

CCAvenue has announced the integration of Unified Payments Interface (UPI), a platform launched by RBI-backed National Payments Corporation of India (NPCI) built upon the IMPS system. This integration aims at detangling payment complexities for consumers and delivers a smooth and seamless transactional experience.

Bengaluru-based imaging-design startup, Tonbo Imaging has entered into a $100 Mn contract with the Peruvian army. Tonbo Imaging will manufacture and export ‘night-vision sights’ for the army’s weapons. A similar deal will be offered by Tonbo Imaging to the Indian army as well.

Online travel platform Goibibo has introduced live flight tracking for 1,824 daily flight schedules. The service is available for both domestic and international flights. As claimed by the company, tracking by friends and families is a first of its kind feature launched by Goibibo wherein the passenger can define which of his contacts can receive live updates of their journey.

MyAirtel App will now have an ‘Airtel Apps’ section that will have a collection of top apps under a single interface. One can access music, movies, games, Live TV, e-books; chats and much more in one place. Also, it offers free 2GB cloud backup with the new airtel cloud app and free calling with Airtel Dialer

Raw Pressery Gets Associated With LogiNext

Carnation Forms An Alliance With PolicyBazaar

Carnation Auto, an aftermarket player in the automotive workshop and certified pre-owned cars space, has entered into an exclusive partnership with Policybazaar.com. Under the “Clicks & Bricks” alliance, Carnation Auto will offer motor insurance cover through PolicyBazaar to all its customers across more than 85 outlets in the country and also provide them with cashless claims, priority processing, and delivery.

Simplilearn has launched an initiative aimed at creating a larger ecosystem of Twitter advertising-aware professionals. It is now presenting educational content, powered by Twitter, as the core of its certification in Twitter Advertising. The objective is to educate marketers on how to leverage Twitter successfully for their business’s digital and social media marketing efforts.

Flock, the team messenger, has launched Mailcast, an app that integrates mailing list functionality directly into Flock. With Mailcast, every group created on Flock is automatically converted to an email list, making group mailing convenient and hassle-free.

EatTreat has launched an online gourmet marketplace for desserts and cakes. It will serve as a platform for small businesses and home-sellers, who aren’t traditionally available online. EatTreat has associated with 30 unique home bakers so far, each showcasing their products, and a lot of modest bakeries and confectioners, who make unique cakes, alcoholic goodies, and gluten-free treats.