We bring to you the latest edition of Indian startup news stories of the week.

The past week can be named to controversies surrounding the Indian digital payment and messaging app industry as Paytm and Patanjali’s Kimbo messaging app found itself in a maze of controversy.

For Paytm, this started with a sting titled ‘Operation-136 II’, which was carried out by investigative news outlet Cobra Post. It is a 13-minute long video that shows people from Paytm’s senior leadership team discussing a deal with an undercover journalist Pushp Sharma.

The video also discloses that Paytm was requested by the government to give user data. Following this, the company also gave a full page clarification and cleared its stance on the situation to state.

In another development, after trying to create much hype as a swadeshi answer to WhatsApp, Patanjali has withdrawn its messaging app Kimbho within a day of the test run. Kimbho app has been designed on lines of WhatsApp. Soon after the launch, while many users faced an issue in downloading the app on Google app store, and by the end of the day, Kimbho was facing some serious data security breach allegations by none other than Robert Batiste, aka Elliot Alderson on Twitter, who called it as a “security disaster”. This is another interesting Indian startup news story this week. Amit Agarwal, country head of Amazon India, has claimed that the global ecommerce giant is ahead of Flipkart both in gross merchandise value (GMV) and net sales. As he said, “I think Amazon India is priceless. We are missionaries and here to serve customers for decades.”

In another development, Amazon India has announced an expansion in the selection and the introduction of ultra-fast deliveries on Amazon Now app, rebranding it to Prime Now. Prime Now will provide exclusive Express two-hour delivery to Prime members anytime between 6 AM and midnight (order as late as 10:00 PM for midnight delivery). Same-day and next-day delivery will remain available for all customers, in a convenient two-hour slot from 6 AM to 12 midnight. 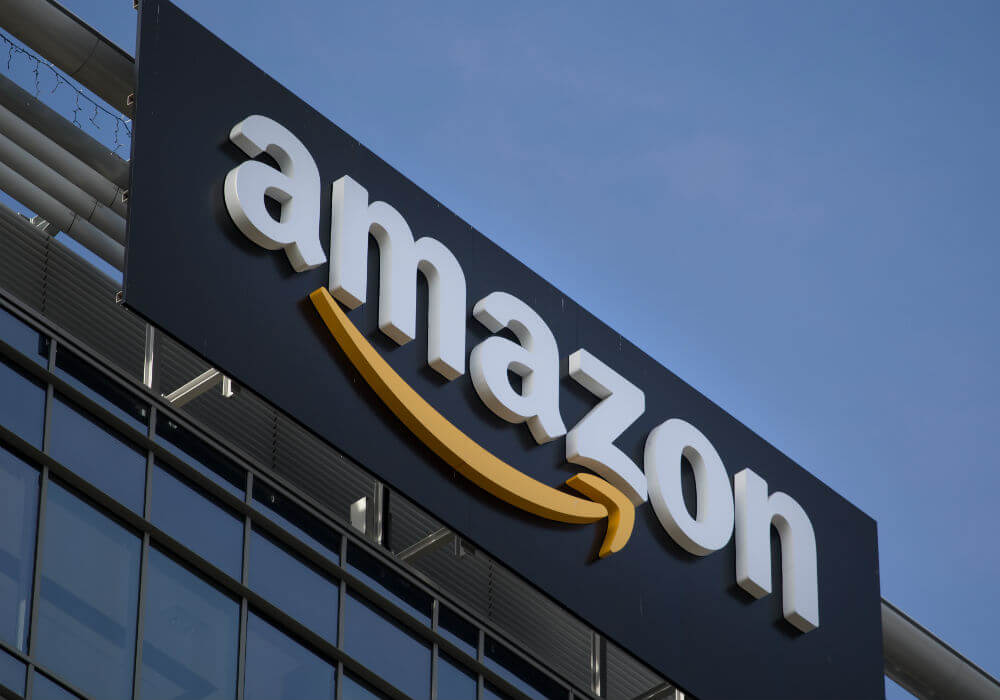 Ola, which is owned by ANI Technologies Pvt Ltd, is setting up a group holding company that will own Ola Cabs, Foodpanda, and its other businesses that are still in the nascent stage, such as its electric cabs and international operations. Ola is said to be adopting a holding company on the lines of Flipkart.

e-Sakhi is a digital literacy programme initiated by the Department of Information Technology and Communication (DoITC), Government of Rajasthan, with the aim of making every individual in the state being digitally literate. Ahead of its IPO, Chinese smartphone maker Xiaomi is reportedly finding it difficult to wrangle out of its legal battle with Coolpad Group Ltd, a China-based investment holding company principally engaged in the provision of wireless solutions and equipment. The battle, which started over allegations of patent infringement by Xiaomi in China, is on the cusp of moving to Indian courtrooms now. The reason for this move is that Coolpad believes Indian laws protect patent-holders’ interests.

Hike To Lay Off 25% Of Its Workforce

It is speculated that most of these reductions are from its last two acquisitions — Creo and InstaLively. The total number of layoffs could be 50-75 employees across locations. The report added that the layoffs are expected in multiple functions including human resources, accounting, and finance, among others. The laid-off employees are being provided with a severance package, starting with two months salary and upwards.

NITI Aayog chief Amitabh Kant said that beyond technological developments and applications, Artificial Intelligence can help farmers, artisans, and fishermen to substantially eliminate the gap between the market price and the price they actually get for their produce.

Snapdeal seller Veepee Electronics filed a criminal case in Gurugram court against the firm over non-payment of $738k (INR 5 Cr) and another $2.2 Mn (INR 15 Cr) worth products still to be recovered, Spacewood has filed a case in the Delhi High Court for the recovery of $2.6 Mn (INR 18 Cr).

In another development, media reports quoted a few sellers of Flipkart and it’s subsidiaries — Jabong and Myntra citing that their payment is being made in an interval of three months. 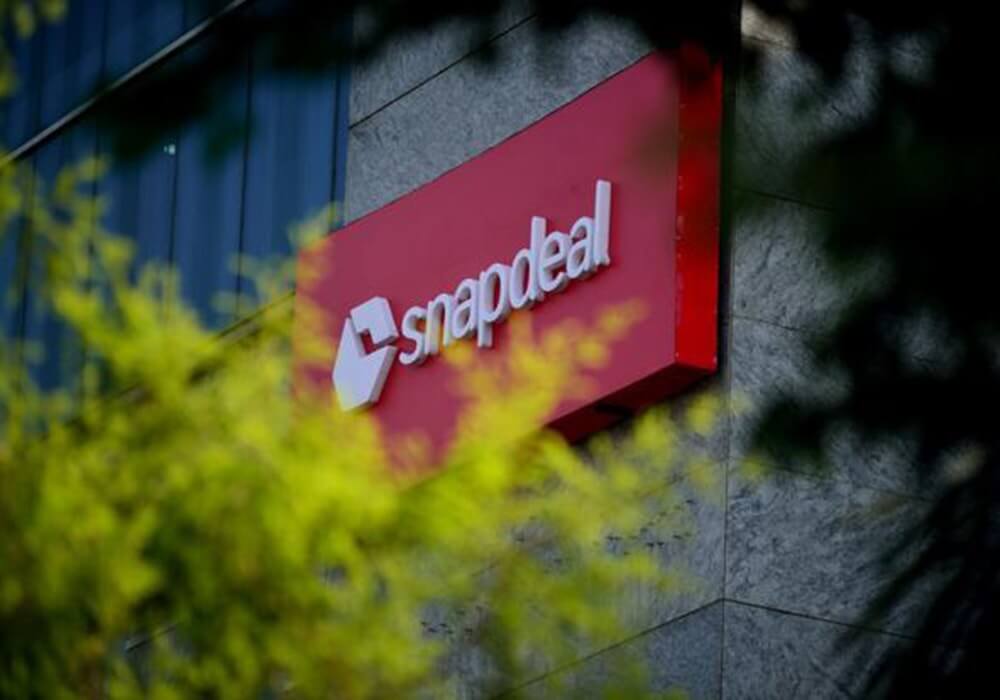 This is one important Indian startup news story around the digital payment industry. The ministry of electronics and IT (MeitY) has written to the National Payment Corporation of India (NPCI) seeking a clarification on how WhatsApp Pay will abide with Indian laws on sharing of user data. The Facebook-owned WhatsApp plans to launch its digital payment service WhatsApp Pay in India this month. This is the second letter by MeitY to the NPCI on the matter.

Another Indian startup news story worth pondering upon for the entrepreneurs. Narendra Modi stated that the Mudra Yojana has become a job multiplier. He further added that the initiative has helped in relieving the entrepreneurs from the vicious cycle of moneylenders and middlemen. It has opened up new opportunities for the youth, women and those who wanted to start or expand their businesses. Neighbourly acts as a social point for people to ask and find local information from people in their neighbourhood. The new app lets users ask questions like if there is a garage nearby, good haircut places and the mom and pop store (kirana) where you get a particular herb in the locality.

Zomato has said that the food delivery service saw a huge improvement in user metrics towards the end of FY 18 and that it has “significantly scaled up” after the investment from Alipay in February.

Elon Musk: I Would Love To Be In India

Tesla CEO Elon Musk in a tweet response said that he would love to roll out Tesla cars in India but the “challenging government regulations, unfortunately” have forced the electric vehicles behemoth to deter its India plans till date. He was replying to a tweet by @yoyovinzi who’d tweeted, “No Tesla in India” in Musk’s Twitter post: “Global map of Tesla Superchargers, including those coming soon”.

NASSCOM established an additional Digital Collaborative Opportunities Plaza platform in China, in an effort to provide market access to Indian IT firms in the huge Chinese market. China’s Guiyang Municipal government and the NASSCOM have announced RMB 25 Mn ($3.9 Mn) worth of agreements between Chinese customers and the Indian service providers.

A new feature on the CommonFloor Groups app, it will provide residential communities with improvised security features to manage visitor information and enhance residents’ safety in the society. The robust, cloud-based online platform transforms security guards into Smart Guards who can connect, communicate and collaborate with residents and apartment associations in a hassle-free manner.

Snapchat Partners With Tyroo As Its Monetisation Partner

Through this partnership Tyroo will drive ad monetisation and infrastructure for Snapchat, fuelling its growth in the APAC region. Tyroo has also appointed Akshay Mathur as its Chief Revenue Officer to drive growth through such partnerships.

‘Tally Connector’ enables users to easily import the accounting data from Tally to ClearTax GST in a single click. In case of errors in the data imported, ClearTax helps users with action to be taken to resolve the error. Once the data is in ClearTax, data validation and GST return filing is super easy and can be done within minutes, reducing both time and effort spent.

The initiative aims to enable the sellers to receive instant alerts and manage home seekers effectively with a single click. Moreover, the expert filter options of the app will enable sellers focus on priority home seekers and close deals faster. Using the app, the sellers can refer to the potential customer’s requirement summary to shortlist relevant properties before scheduling a meeting.  The new app is available on both the Apple App Store and Google Play Store for iOS and Android users respectively.

Get My Parking Partners With Europe’s APCOA Parking

An Indian startup news story depicting cross-vorder collaboratioon! The collaboration leads to digital customer solutions for connecting parking with consumer mobility to customize and deploy an open IoT platform that provides a seamless mobility experience across all parking touchpoints. This digital platform will be scaled to all 13 countries in which APCOA operates more than 1.4 Mn car spaces at over 9000 locations. It is an interoperable platform, integrating varied parking equipment and connecting parking spaces to cars to create an overall mobility experience.

This Indian startup news story depicts the new addition to Indan startup community. Cube Wealth, a “1 app, 1 minute” service that offers members wealth creation, automated savings, and expense management through an award-winning user-interface was launched in India this week. Headquartered in Mumbai, the Android and iOS app was launched by Satyen Kothari, the founder of Citrus Payments.

Zomato Expands Footprint In The North