Indian Railways Installs Machine To Give Away Free Tickets For Squats

Indian Railways Installs Machine To Give Away Free Tickets For Squats

The machine dispenses a free platform ticket worth INR 10

In past, similar machines have been installed in Russia and Mexico 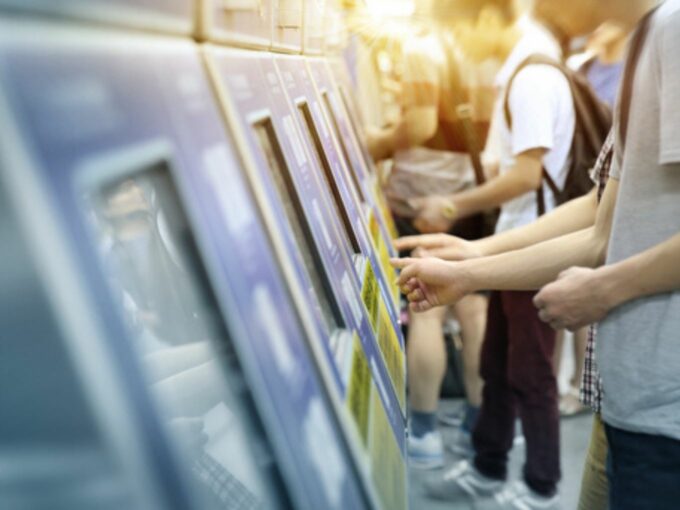 In a bid to improve fitness levels of Indians, the Indian Railways has set up a new ticket vending machine which dispenses a free ticket to individuals for doing squats in front of it.

The Fit India Squat Machine dispenses a free platform ticket worth INR 10 if a person completes 30 squats in 180 seconds in front of it. The machine starts counting the squats when a person stands on a spot which has an impression of footprints. The sensors attached to the machine count the number of squats.

As of now, this machine is only installed at the entrance of the Anand Vihar Railway Station in Delhi. In a tweet, railways minister Piyush Goyal said that the machine will help in savings along with health benefits. Goyal’s tweet also had a video which showed how the machine actually works.

According to FE, this is the first such machine in India and similar ones have been installed in other countries which are making travel cheaper and healthier.

Ahead of the 2013 Winter Olympics, similar machines were installed at Vystavochaya station in Moscow. However, it was more difficult to impress this machine as  one had to complete 30 squats under 120 seconds — no mean feat. In the same year, a similar machine was also installed in Mexico which offered users a free metro ride for doing 10 squats.

The installation of this machine also comes in lines with the Indian government’s flagship programme Fit India Movement. Launched in August 2019, the programme aims to encourage people to remain healthy and fit by incorporating physical activities and sports in their busy lives.

In the recent past, Indian railways has adopted several new unique technologies, even if they may be different in nature than the squat machine.

In a bid to improve security at railway stations across India, the Indian Railways, in January 2020, said that is planning to install an internet protocol-based video surveillance system (VSS). The intelligent surveillance system will be using video analytics and facial recognition features to monitor and track suspicious activities across stations, including waiting halls, reservation counters, parking areas and others.