Earlier, a lower court in Bihar had stayed the release of the web series, in response to a petition filed by Sahara India Parivaar chief Subrata Roy

Ramalinga Raju, Subrata Roy, Vijay Mallya and Nirav Modi are the four Indian business tycoons whose stories have been portrayed in the web series 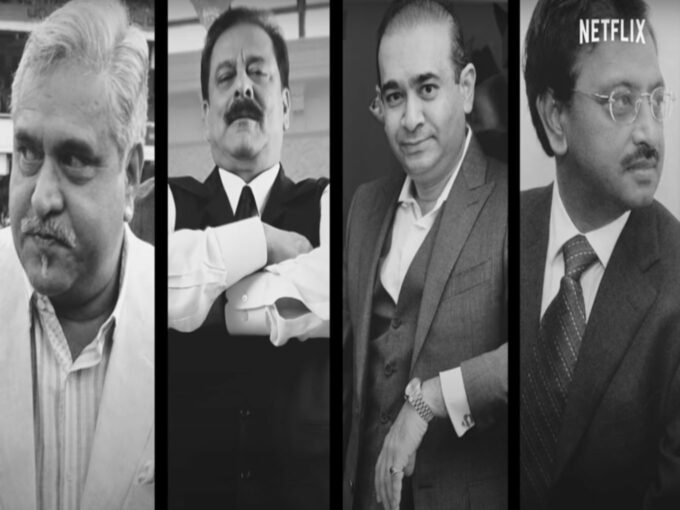 A local Hyderabad court has stayed the release of streaming giant Netflix’s upcoming docuseries ‘Bad Boy Billionaires’, saying that its release could cause “irreparable loss” to Satyam Computer Services founder B Ramalinga Raju.

The docuseries details the journey of some of India’s controversial business tycoons. Its description on Netflix says, “This investigative docuseries explores the greed, fraud and corruption that built up — and ultimately brought down — India’s most infamous tycoons.”

Raju’s petition in the court said that the depiction in the trailer of the series was without any proper basis, more so since the cases “in relation to issues highlighted in the trailer are pending adjudication before the competent courts of law.”

Earlier a lower court in Bihar’s Araria had restrained Netflix from releasing the series by noting that the petitioner’s (Roy) alleged cases of financial fraud are sub judice, and he would suffer a loss of reputation in the eyes of the public if the series is permitted to be broadcast.

Another local court in Bihar’s Araria district earlier granted a stay on the release of the series, in response to a petition filed by Subrata Roy.

Earlier this week, the Supreme Court refused to entertain a writ filed by Netflix seeking vacation of stay and asked it to approach the Patna high court.

Now, Netflix is planning to transfer both the injunctions, by Bihar and Hyderabad local courts, to the Bombay high court where the company’s India office is located. While both Roy and Ramalinga Raju were able to get injunctions on the release of the docuseries, Mallya and Modi, the other two named in the series won’t be able to do so.

Section 14 of the Fugitive Economic Offenders (FEO) Act says that any person or company, who has been declared fugitive economic offender, may be disallowed from putting forward or defending any civil claim by any court or tribunal in India.

All four business tycoons whose stories have been portrayed in the Netflix docuseries have been convicted for various cases relating to financial fraud and similar offences.

Netflix declined to comment on the action taken by the courts when approached by Inc42.