Foodmandu was one of the first foodtech startups of Nepal

Foodmandu was founded in 2010 by Manohar Adhikari 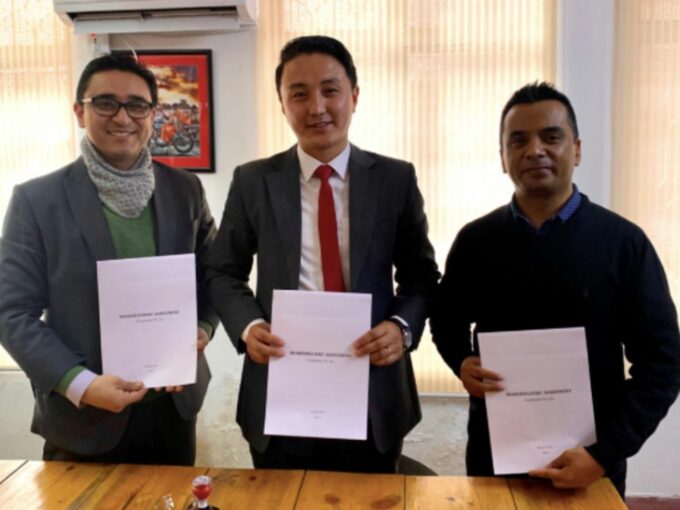 Nepal-based food delivery platform Foodmandu has raised an undisclosed amount in Series B funding round from Nepal-based private investment fund Team Ventures. Prior to this, Foodmandu had got initial funding by Nepal-based venture capital True North Associates (TNA) in 2016.

As part of this transaction, Team Ventures will get a 20% stake in Foodmandu through
a mix of new shares and partial buy-out of TNA’s holding. Notably, Foodmandu was the first investment made by TNA.

With the recently raised funds, Manohar Adhikari founder and chief technology officer of Foodmandu said that the company will invest in them primarily for expanding the food delivery business to other geographies as well.

Founded in 2010, Foodmandu is a food delivery platform that is currently operating in three cities of Kathmandu Valley. The startup claims to have a tie-up with over 500 restaurants.

Besides food delivery, Foodmandu also delivers fresh vegetables, beverages, and cakes. For the delivery of these products, Foodmandu has partnered with farmers’ markets and wholesalers. As of now, 200 delivery-partners are working for Foodmandu. The startup claims that its business has grown around 10 times over the last four years.

In 2015, Nepal was struck with a massive earthquake. While Foodmandu’s businesses also took a hit at that time, the startup now gained the momentum again. The startup has also launched added augmented reality (AR) features on the food delivery platform.

On taking a partial exit from Foodmandu, Nidhaan Shrestha, investment manager at TNA said that this exit sends a strong signal to the bubbling alternative investment ecosystem in Nepal that these investments work.

After the success of Foodmandu, a lot of other startups have also started to tap the food delivery business in Nepal. Some of them are Bhoj, Foodmario, 911 Food Express, Foodmood, among others.

While the foodtech market in Nepal is in its initial days, the business in India has grown significantly in the recent past.

According to Datablabs by Inc42, the total online food delivery users in Indian stood at more than 182 Mn as of 2019. The pace at which new users are coming on the food delivery platform is estimated at 12%. Overall, India’s foodtech market was expected to grow to $5 Bn in 2019, and by 2023, it is expected to cross $15 Bn.

While earlier there were major players in India — Zomato, Swiggy, and Uber Eats, the acquisition of Uber Eats by Zomato last month has now converted into a duopoly.