The round also saw participation from Earlsfield Capital UK and family offices and HNI investors including Jeremy Lim, Bhupesh Kumar, Nilesh Srivastava, and others

Founded in 2017, to date, the fintech startup has recorded 1.2 Mn downloads and has 650K transacting customers catering to over 6 Cr SMB owners in 500+ cities 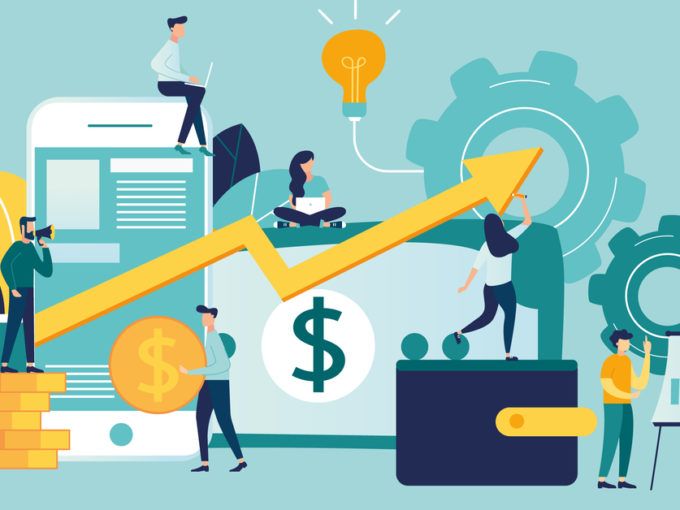 In dynamic times, where neobanking and fintech startups are changing the game for the small and medium businesses (SMBs), Bengaluru-based Chqbook has raised INR 40 Cr in a Pre-Series B round led by Aavishkaar Capital and Rajiv Dadlani Group.

The round also saw participation from Earlsfield Capital UK and family offices and HNI investors including Jeremy Lim, Bhupesh Kumar, Nilesh Srivastava, and others.

The startup will utilise the funds for ramping up user acquisition and strengthening technology.

“We launched our neobanking app in the middle of Covid, in September 2020, and we’ve scaled over INR 3000 Cr of Gross Transaction Value (GTV) on the app. With the fund, we want to scale users on the app, invest in technology so that the customer journey and the experiences are better and positive,” Chqbook cofounder Vipul Sharma tells Inc42.

Founded in 2017 by Vipul Sharma, Rajat Kumar, Sachin Arora and Mohit Goel, Chqbook is an online financial platform that offers services such as bookkeeping, lending, credit cards and insurance, helping small business owners to secure loans easily through its partners.

“We are a neobank to small shop owners primarily, sole proprietorships such as Kirana stores, retail shops, hardware stores, chemists, small restaurants, etc. We have about 1.2 Mn downloads, over 650K transacting customers catering to over 6 Cr SMB owners in 500+ cities.” Sharma stated.

He added that the startup, a full-stack mobile platform available in regional languages, re-bundles financial services giving access to current accounts, a bookkeeping service for cash transactions, lending, and insurance and an in-house gamified reward program.

The startup had recently raised INR 7.5 Cr venture debt from Innoven Capital after its first institutional round in March 2020, where Aavishkaar Capital invested INR 35 Cr. The latest round brings its total funding to INR 85 Cr since its inception.

The global neobanking market is valued to reach $333.4 Bn by 2026, and Chqbook is one of the few neobanking apps creating a buzz in the market. Besides Chqbook, more than half a dozen neobanks are currently operational in India looking to disrupt the BFSI sector, including key players such as Open, NiYO, Hylo, PayZello, InstaDApp, YeLo, Jupiter, FamPay, Walrus, epiFi, Finin and RazorPay X among others.

Talking about the dynamic banking sector and competition within the market, Sharma states, “The entire financial industry is united in making sure that customers get the products they want. A large section of the population still needs to use tech products other than UPI, and sorts, because other than traditional banking and insurance, SMBs are still dependent on unorganised moneylenders.”

“Interestingly, Tier I and II SMBs are underserved [in banking segment] in comparison to Tier III and IV. There’s a lot of room because 80-90% of the population still needs to get technologically savvy. We are not a replacement to traditional banking, as there’s still so much to be done — the credit gap is a trillion dollars, insurance penetration is less than 4% — we need to work together,” he concluded.