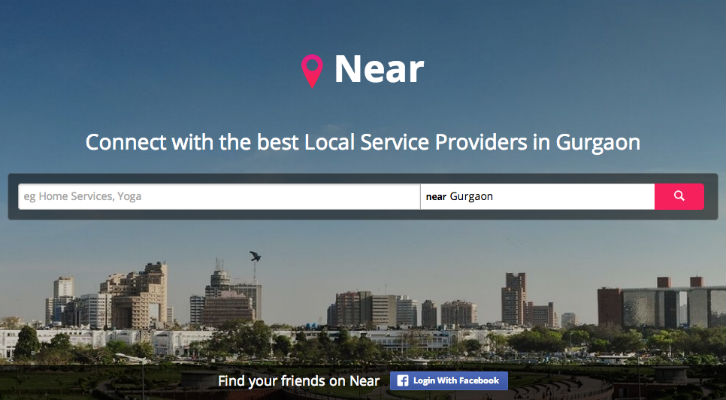 Founded by Wirkle co-founder Sunil Goyal, Lomesh Dutta and Akshay Khanna last year, Near.in allow users to discover service providers in their vicnity. The startup covers over 100 categories including health, home needs and wellness, among others. Since its launch, it has already managed to get over 2,200 service providers listed on its site.

The site claims to offer curated list of service providers based on the feedback from social media websites like Facebook and consumer forums among others, who are than sorted by Near.in’s in-house team via calls, visits to stores, etc.

Currently operational in Gurgaon, Near.in has plans to launch its operations in Delhi-NCR by the end of this quarter.

Near.in is currently free for customers to use, going forward, it plans to take the cut from the professional’s fees.

Near.in also has a iOS App.

Before Near.in both Lomesh and Sunil had co-founded Wirkle, a mobile application development firm that was acquired by Silicon Valley-based Location Labs in 2011.

Near.in competes with Justdial’s Search Plus and AskMe. There are number of startups working in different verticals offering such services which includes marketplace EZMove, Timesaverz, among others.