Knowlarity has responded to the legal notice, demanding proof of copyright and alleging that MyOperator cofounder Ankit Jain’s tweets were defamatory 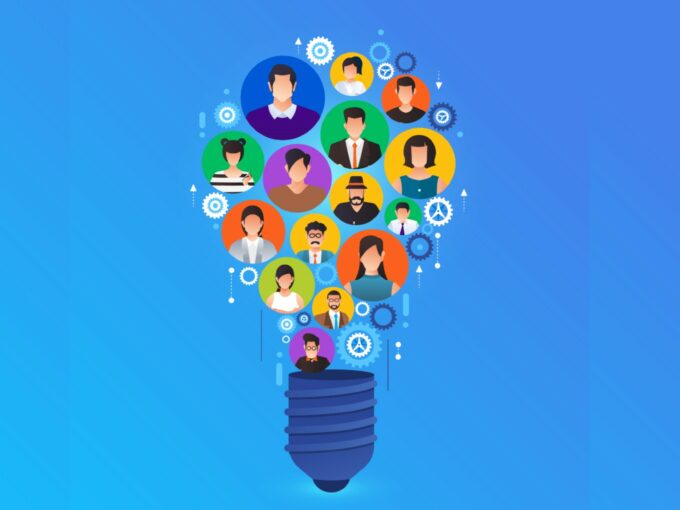 India’s entrepreneurial spirit has been widely lauded — from global investors to political leaders, everyone has been counting on Indian startups for returns, rewards and growth. There’s no denying the unique and innovative ideas that can come up in India along with the original intellectual property (IP) around it, but the same cannot be said about the awareness among entrepreneurs of copyright law and IP rights.

Like the case between enterprise tech startups MyOperator and Knowlarity. Delhi-based cloud telephony and customer service startup MyOperator has accused rival Knowlarity Communications of violating its intellectual property of an image.

MyOperator cofounder and CEO Ankit Jain highlighted the case on Twitter on June 16. He told Inc42 that Sequoia Capital and Mayfield-backed Knowlarity allegedly plagiarised an illustration from MyOperator’s website. After failing to resolve the issue despite bringing it to public attention through Twitter, MyOperator has now served a legal notice to Knowlarity on the use of the visual. Recounting the backstory, Jain told us that MyOperator’s designers had created a visual in September 2019 for use on the MyOperator home page. He added that the alleged violation came to the company’s notice on June 15, 2020, after which it contacted Knowlarity about using the illustration

However, in response, Knowlarity tweeted, “We are glad to know that our social handles are diligently followed by other Organisations. BTW, this is a digital marketing 101, said image is a non-copyrighted vector image. If you have a copyright, please do share details on [email protected]”

Jain said he was aghast at the response and had tweeted that MyOperator would take the legal route to address these concerns. Inc42 has seen the legal notice, which was served on July 1, 2020. It informs Knowlarity of the alleged violation of the image whose copyright belongs to MyOperator. The notice says that the image was first published in November 2019 and has been used for commercial gain by Knowlarity.

The company has demanded that Knowlarity cease the use and distribution of all infringing works and desist from this or any other infringement rights in the future. The company has also sought compensation to the tune of INR 10 Lakh for the loss incurred due to the copyright infringement.

MyOperator had sought a response from Knowlarity in the next 24 hours. Further, Jain told us that a reverse image search for the concerned illustration shows that several other websites have also copied its image and the layout. Jain alleged that this includes http://ivrdigital.com/ and http://techimpace.com/, however, MyOperator has only sent the legal notice to Knowlarity since it is a direct competitor.

In response to the legal notice, Knowlarity has demanded MyOperator to substantiate its claim of copyright with the proof. Knowlarity’s response, seen by Inc42, also noted that similar work is visible at Techimpace IT Services(Techimpace.com) and Ameyo (Drishti Soft Solutions Pvt. Ltd.) among other sites.

Further, citing Section 55 of the Indian Copyright Act, Knowlarity has declined that it is liable for any injunction or to pay damages saying that without the proof of the copyright, any such demands are without merit.

Knowlarity also said that Jain’s tweets about the alleged violation were defamatory in nature, and said it had mala fide intent to publicly defame Knowlarity. The company further said that it caused a serious loss and damage to its market reputation and goodwill. Knowlarity said it reserves its rights to quantify the damage so caused and demand the same subsequently. It also demanded that Jain remove the concerned tweets.

What Is The Legal Standing For The Case?

As per legal experts, the persistent problem of trademark and IP infringement stems from the lack of awareness around the laws that pertain these matters, especially for technology products. It’s also caused by a laissez-faire attitude that startups often take in their quest to move fast and disrupt markets.

Nishad Nadkarni, partner, Khaitan & Co. told Inc42 that an image would constitute an artistic work for which copyright law applies. He noted that the image created for the company would be the first owner of any copyright under Section 17(c) of the Copyrights Act.

He explained that any unauthorized use of the image by Company 1 would constitute an infringement of the copyrights of Company 2 unless the use falls within the parameters of acts not constituting infringement, under section 52. This section permits limited use of copyright material without the owner’s authorisation, but the second party has to meet predetermined criteria for fair usage.

“Where copyright in any work has been infringed, the owner of the copyright is entitled to all remedies such as an injunction, damages, accounts and such other remedies. However, the Copyright Act has a provision that provides that if the “defendant’ proves that at the date of the infringement it was not aware and had no reasonable ground for believing that copyright subsisted in the work, the plaintiff shall not be entitled to any remedy other than an injunction in respect of the infringement and a decree for the whole or part of the profits made by the Company 1 by the sale of the “infringing copies” at the discretion of the court,” Nadkarni added.

As to whether Knowlarity used the image despite knowing that it belonged to MyOperator, Jain said that while earlier he believed it wasn’t an intentional violation, he is not certain anymore. “After multiple conversations on Twitter and them [Knowlarity] repeatedly referring to the image as a vector and inferring that there are several aesthetically-similar images, I cannot say for sure whether it was unintentional,” Jain added.

Knowlarity in its response, however, has emphasised that it had no reasons to believe that an alleged copyright subsisted on the said image.

Nadkarni further explained that various creatives or illustrations which can be called artistic works or images are made for advertising and marketing campaigns for brands and products. “These are often protected and registered as trademarks. Quite often these are copied by counterfeiters or third parties and actions for infringement (where registered) and passing off are initiated and are injunctions granted,” he noted.

The Recent Cases Of IP Infringement

Of course, the MyOperator-Knowlarity case is not the first instance of such copyright disputes among Indian startups. RPG Group chairman Harsh Goenka was accused of plagiarising a video from online travel agent ixigo without giving any credit or mention. Goenka later deleted the tweet following ixigo cofounder and CEO Aloke Bajpai’s response.

Other cases have been heard in court recently as well. In June 2019, the Delhi high court fined insurance aggregator PolicyBazaar INR 10 Lakh after hidden facts about a trademark infringement case against the general insurance provider, Acko resurfaced.

In October 2018, Flipkart came under fire from electrical appliances manufacturer Marc Enterprises, which accused the ecommerce giant of naming its private label MarQ, which sounds similar to the latter’s brand name. Earlier in the year, a footwear chain Metro Shoes filed a trademark infringement case against Flipkart’s private label of Metronaut.

In December 2018, MakeMyTrip had to file a case against five copycat companies which it alleged had brand names and logos that were deceptively similar to the MMT. The company said that the domain squatting combined with trademark infringement ends up confusing the user and hurts the integrity of the original service provider.

Even when looking at the economy at large, India has not exactly had a great track record when it comes to global comparisons of IP laws and processes. In 2019, India was placed 36th out of 50 shortlisted countries in the International Intellectual Property Index, scoring a low 16.22 out of 45 identifiers. This was, however, up from 44th rank in 2018, so it has been a slow but definite progress. Yet, there is a regular instance of IP infringement without even realising the wider implications of the same.

Beyond cases of IP infringement, India also needs to strengthen its patents application and grants processes. In a December 2019 report, the Confederation of Indian Industry (CII) and Tata Consultancy Services (TCS) said India needs to bring in new guidelines and policies for the enforcement of intellectual property rights, patents and intellectual property management in an AI world, where machines are often creating and inventing solutions with minimal human intervention.

In light of the data protection debate, which has been ignited by the Personal Data Protection Bill that is set to be tabled in the Parliament soon, the spotlight has fallen on Big Data and analytics, which is increasingly being used by businesses. Armed with data, machine learning algorithms and AI models often update themselves, thereby bringing in new creations by the day. While this is not possible without human involvement at some point in the process, IP and patent laws in India are woefully outdated to be able to tackle questions of intellectual property in an AI world.

Last year, the Department for Promotion of Industry and Internal Trade (DPIIT) proposed Copyright Amendment Rules, 2019. The new guidelines were introduced in order to ensure “smooth” and “flawless” compliance of Copyright Act, especially in the light of technological advancements in the digital era and to bring them in parity with other relevant legislation.

Previously, only TV and radio broadcasting firms had to seek permission from copyright owners and negotiate a price bilaterally or through Intellectual Property Appellate Board (IPAB) under Section 31D of the Act. But the new amendment also brought digital companies under this purview.