Myntra Working With A New Seller To Comply With FDI Norms

Myntra Working With A New Seller To Comply With FDI Norms

Online fashion retailer, Myntra is working with a new seller called Tech Connect Retail Pvt. Ltd, as reported by Mint. This move is in a bid to comply with new regulations for ecommerce firms, as per official documents and four people familiar with the matter.

Tech Connect was incorporated in 2010 as August Paper Works Pvt. Ltd. by Shweta Bharti and Manoj Kumar. Both are advocates in Hammurabi and Solomon. Initially, it was in the business of manufacturing, importing, exporting and dealing with paper and paper products. In December 2015, the company’s name was changed to Tech Connect Retail, and it ventured into online trading and marketing, as per official documents.

Tech Connect is now owned by Sanjay Kapoor and his wife Seema Kapoor. They picked up a majority stake in the firm and joined the board in January 2016, as revealed by RoC documents.

As per new guidelines issued by DIPP in March 2016, FDI in B2C commerce is permitted under the following conditions:

In such a case, ecommerce companies such as Myntra have complex structures that involve separating their businesses into purportedly independent entities.

Till date Vector E-Commerce Pvt Ltd, formed in 2010, drove majority sales on Myntra so far. Currently, it has two active directors/partners: Bishnu Prakash Hazari, Raghunath Lakshmanan. It was considered to be a seller with which Myntra had close connections.

Myntra till now, worked on a dual model of sourcing products from the vendors (marketplace orders). It also had its own inventory on the side. Products sourced directly from the inventory were specified as Vector E-Commerce Pvt. Ltd. products. The products named otherwise were from other vendors. Myntra and Vector worked closely—until February, one of Vector’s owners, Prabhakar Sunder, was also the chief financial officer at Myntra.

According to the report, as of Sunday, Vector E-commerce was completely removed from Myntra’s app and website as a seller. A major portion of its business is now handled by Tech Connect, as per the website, app and the aforementioned sources. 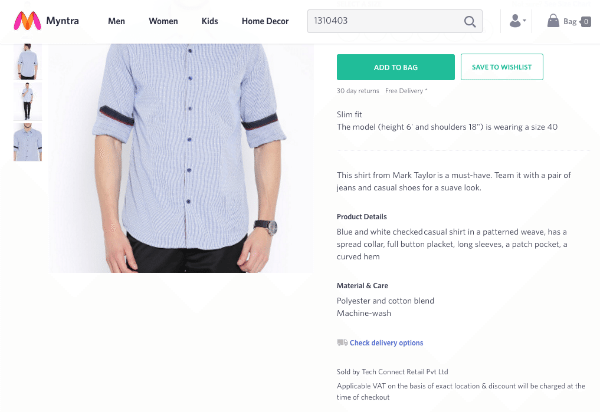 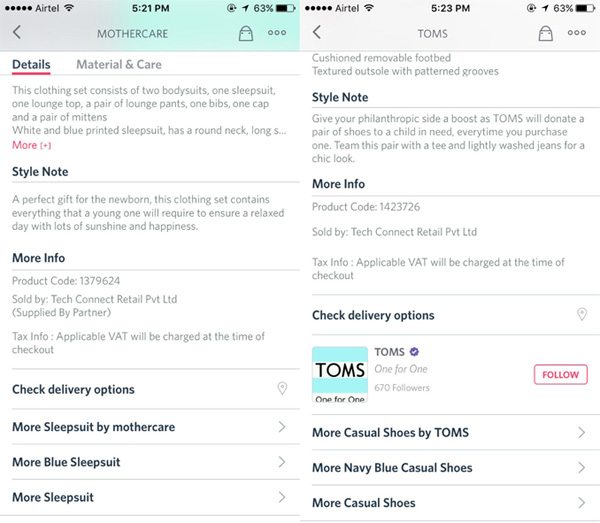 In order to  comply to reduce more than 25% dependence on Vector, Myntra has started working with Tech Connect. This will help it to adopt a marketplace structure, at least on paper. Myntra may be seen working with a few new vendors to comply with the new guidelines.

The company is also considering moving some of the Vector employees to Myntra Designs. A source close to the development said, “(Myntra’s earlier) structure could have been easily challenged legally. The law clearly states that the two entities—one that had foreign direct investment and the one that sells to the consumers—need to keep an arm’s length distance”.

In July 2016, Flipkart acquired Jabong for $70 Mn to be merged with Myntra. Jabong was also in talks with companies like Future Group, Snapdeal, Aditya Birla – owned Abof for a possible acquisition. But Flipkart finally managed to be the frontrunner in closing this deal.

In April, reports surfaced that Flipkart, too identified at least four sellers to meet the government’s norm of capping a single seller’s contribution to overall revenues at 25%.

Myntra’s comment on the development was awaited at the time of publishing.