Myntra To Use Kirana Stores For Last Mile Deliveries Under MENSA

Myntra To Use Kirana Stores For Last Mile Deliveries Under MENSA

One Out Of Every Five Deliveries By Myntra Are Carried Out By Neighbourhood Stores, Says Manpreet Ratia 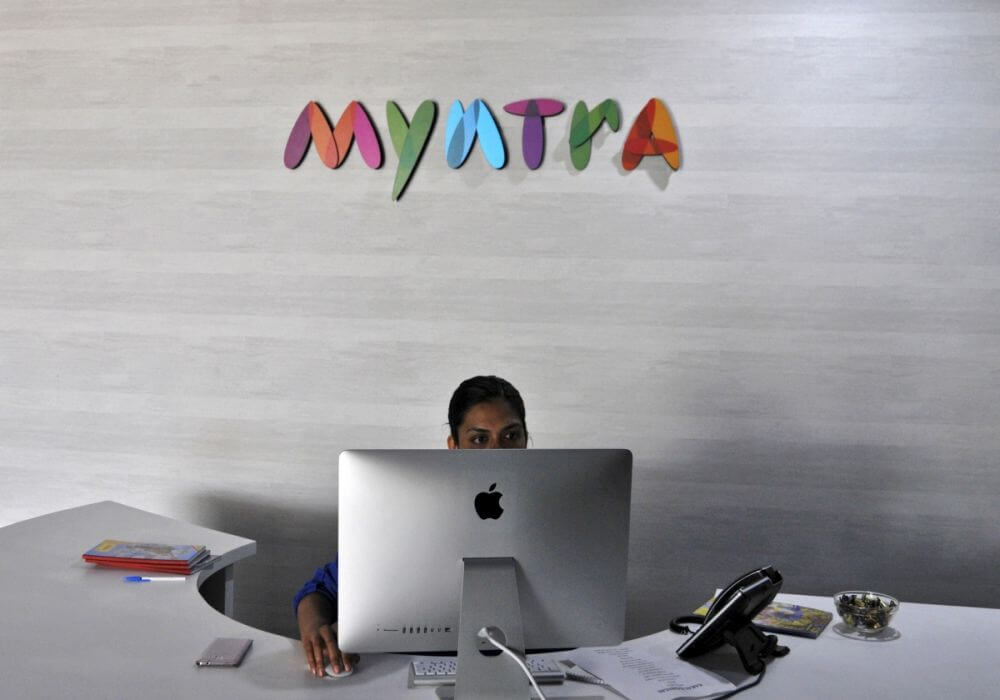 In a bid to strengthen its presence in the Indian fashion ecommerce segment, Flipkart owned Myntra is betting on its network of neighbourhood stores to bolster its last-mile deliveries. The fashion portal has been aggressively scaling its network of kirana stores under the MENSA Network programme.

Till date, the company has partnered up with more than 2,000 family-run grocery stores and small shops across the country. As stated by Chief People Officer and Head of New Initiatives, Manpreet Ratia, one out of every five deliveries made by Myntra is currently carried out by a corner shop.

During regular non-sale days, around 23% of Myntra’s deliveries are made by these stores. Ratia added, “We are aiming to do 70% deliveries through MENSA. We have invested majorly in technology to enable and further scale MENSA to the next level.”

According to Myntra CEO Ananth Narayan, the programme underwent rapid expansion during this year’s ‘Big Billion Day’ sale by Flipkart in September. To further bolster the programme, the fashion ecommerce platform has rolled out “Project Mass” with the aim of assisting its delivery staff in starting their own businesses and shops through Seed investments of $615.6 (INR 40,000) each.

As part of the initiative, Myntra will be adding these new stores to its existing MENSA network. Ratia explained, “Project Mass is aimed at supporting our delivery staff who have had a long association with Myntra and now want to go on the entrepreneurial path. These people will act as brand ambassadors for MENSA and attract shops in their vicinity to join the network.”

So far, about 370 of the company’s delivery associates have become a part of Project Mass. Additionally, around 250 of these stores have already started operations, while others are currently in the process. As pointed out Ratia, kirana stores handle around 40% of all deliveries in the north, 25% in the west, 20% in the south and 15% in the eastern part of the country.

Myntra: A History Of Experimentation And Innovation

Founded in 2007 by Mukesh Bansal along with Ashutosh Lawania and Vineet Saxena, Myntra was acquired by Flipkart in May 2014. Post acquisition, the fashion portal majorly focussed upon its app only strategy thereby acquiring technology, data analytics and fashion startups. However, later it ditched the app only strategy and relaunched the desktop site in June when it reportedly saw a 10% decline in sales post going app-only.

The year 2016 was filled with both highs and lows for the company. Where on one hand, it acquired three startups and crossed $1 Bn in annual GMV, it also saw the resignation of Myntra co-founder and CEO Mukesh Bansal. In July 2016, Flipkart acquired Myntra’s competitor Jabong for an estimated $70 Mn (INR 470 Cr) which enabled it to conquer nearly three-quarters of the online Indian fashion market on a combined basis.

The online fashion marketplace also made its dive into omni-channel commerce, as it launched its first offline store in Bengaluru for ‘Roadsters in March 2017’. Earlier in August 2016,  Inc42 reported that Myntra was planning to launch its offline stores, following the omni-channel strategy with private brands-Roadster, HRX, and All About You.

In April this year, the Flipkart owned company acqui-hired Bengaluru headquartered InLogg, a cloud-based B2B technology platform for logistics providers, ecommerce and retail industry. The move was geared towards reducing delivery times by 25%. Two months later, it announced the launch of an accelerator programme for clothing brands with Chemistry and AKS.

Most recently, it was reported that both Myntra and Jabong will be entering the country’s $400 Mn toys market. To that end, Myntra has joined hands with online seller Primarc Pecan Retail as an exclusive partner.

With the battle in ecommerce getting fiercer day by day, Myntra is doubling down on its efforts to boost its logistics infrastructure. Through initiatives like the MENSA Network and Project Mass, the Flipkart owned company is aiming to take the lead position in the country’s booming fashion ecommerce space by onboarding kirana stores and smaller corner shops.